Lady Chameleon and Heart Alive - On Stage at Vamp'd!

With back-to-back co-headlining performances from Heart Alive and Lady Chameleon, January 21, 2016 was another superb night of rock and roll at Count’s Vamp’d, which remains one of Vegas’ finest hangouts for rock and metal. 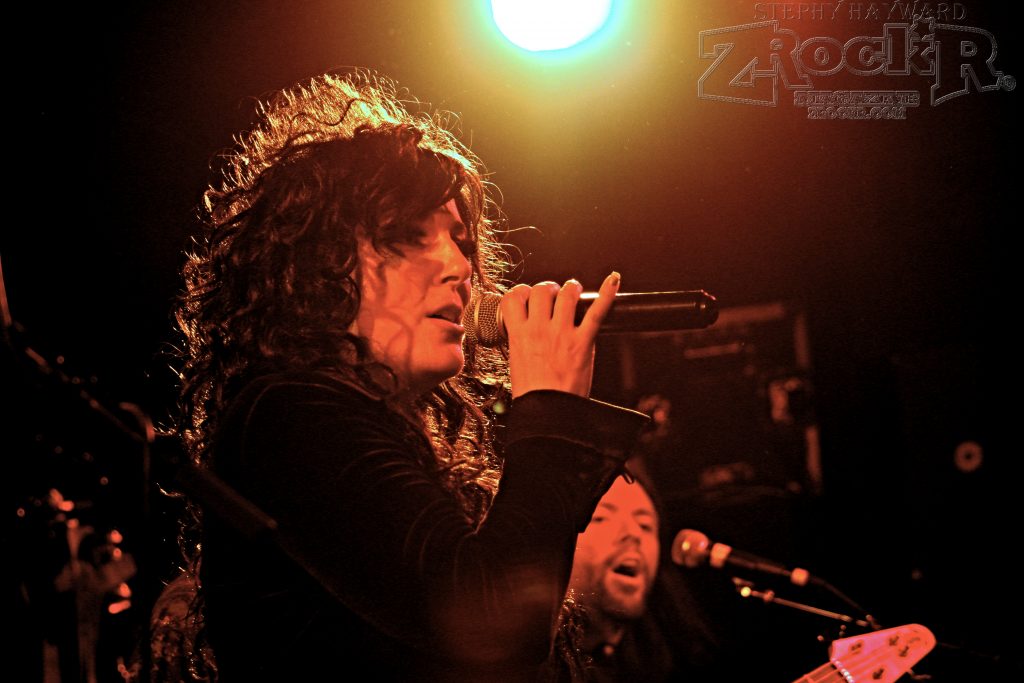 Although I had heard of Heart Alive and Lady Chameleon before, this was my first time actually seeing either band, which made me all the more eager for the night of rock and roll. It was also my first time at the venue in several weeks, so I was long overdue to experience what both bands had to offer.

Heart Alive kicked off the evening with a set that lasted nearly a full 90 minutes! Tribute bands are often the most difficult groups to review and take a comprehensive look at, since you have so much to take under consideration, including the band’s original recordings, live performance style, discography, and so many other little factors that come into play.

Let me be the first to tell you that Heart Alive did not disappoint in ANY of these areas.

I actually saw Heart (the real band) do a performance in late 2014 at the House of Blues, and while the show eventually picked up and got better, the first half hour or so was very slow and underwhelming, and there was little chemistry or stage activity with most of the band members. 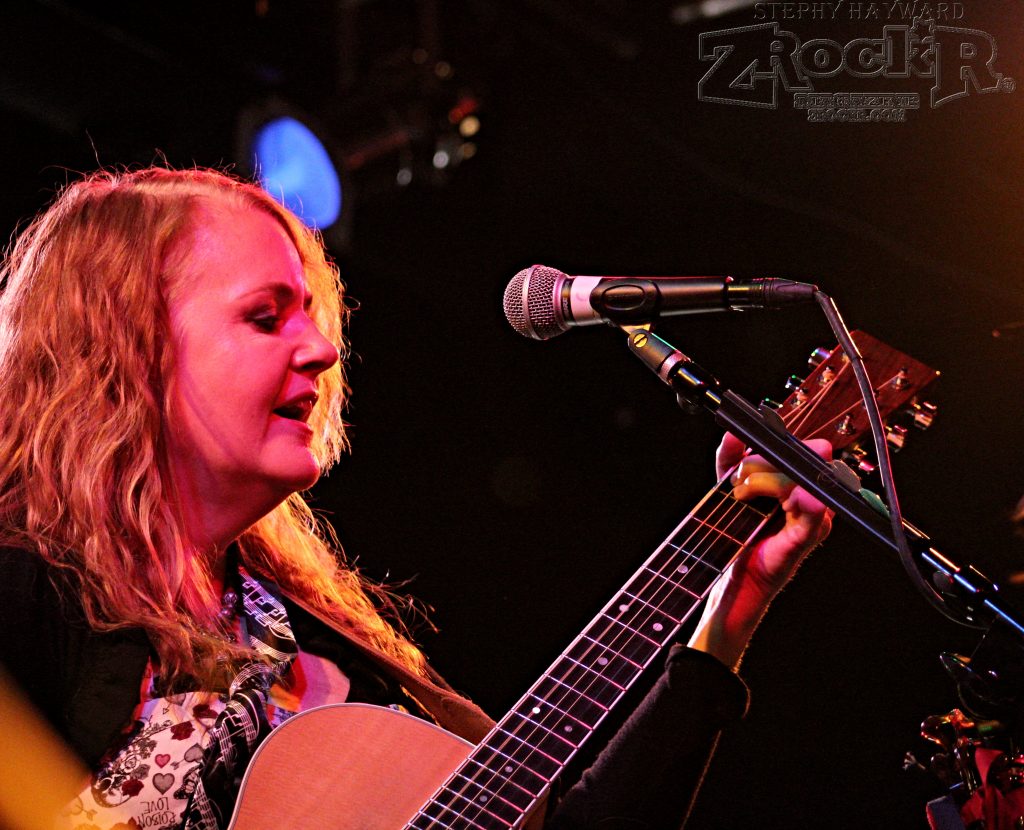 Heart Alive, on the other hand, had energy from start to finish, putting their all into each and every song, and clearly having a great time up there on the stage, rather than just going through the motions.

When I saw the actual Heart, they disappointed me with a setlist that completely overlooked the band’s big 80s comeback era. Heart Alive’s setlist covered 70s and 80s Heart excellently, leaving no stone unturned. We even got surprise Led Zeppelin and Stevie Nicks covers! (For the unfamiliar, the actual Heart does have a long history of covering Zeppelin songs, so that is not just an invention of this tribute band.) I can’t say that each and every single hit was played, and I would like to have heard more deep tracks, but Heart Alive’s setlist was superior to what I heard the actual band do a few years back. As was the performance itself.

You could tell the members of Heart Alive had listened to the records relentlessly, and they even did their part to make for a big band on stage, much like Heart in their prime. Their Ann and Nancy Wilson looked and sounded like the real thing. The guitar player looked like something right out of the 1970s. Their closing rendition of “Barracuda” floored me, whereas the “real band” 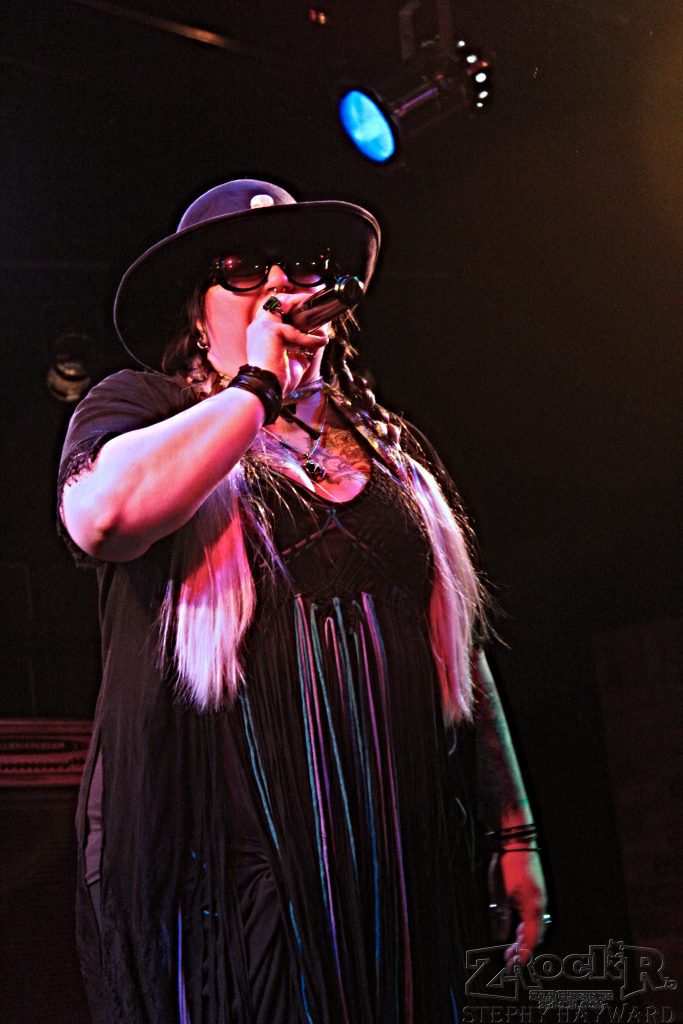 a few years ago opened with it, and played it so slowly that it lost its power and impact. This is the real deal, and honestly, it is the most impressed I have been in a so-called “tribute” act in quite some time.

If you have a choice between seeing Heart in concert or Heart Alive, I would say go with Heart Alive. You will get the experience in a more intimate venue for a lower price (this was a free show), and dare I say, a better performance. No fan of the band’s golden years will be disappointed.

And then we come to the second half of the night, Lady Chameleon! The group is fronted by Miranda Trenholm, herself previously a backup vocalist in Cyanide, but the band also features several of Vegas’ other finest musicians, including guitarist Lee Spencer of The Sound of Purple (a Deep Purple tribute), and bassist Corey Sorrenti, who has been in more bands than I can count, but in every single one, his performances have always left a lasting impression.

Despite my knowledge of many of these performers, I was not exactly sure what to expect from the show itself. Would this be another cover band in a city that has become a sea of them, or something of original, interesting material? Turns out Lady Chameleon is, indeed, another cover band. But with an eclectic mixture of material, spirited renditions, and a set that will keep you guessing in the best of ways, there is a lot to love here. 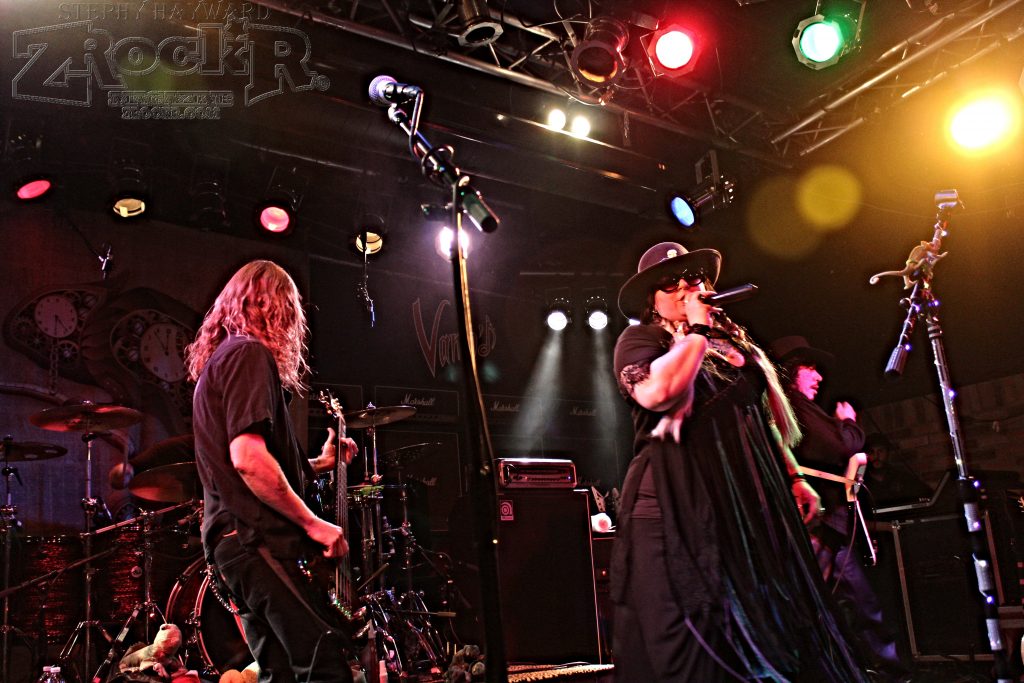 The talent of the musicians on the stage knows no bounds, and it is good to see all of these individuals assembled in a single group. Justice was done to the setlist, which covered everything from Jefferson Airplane to Alice in Chains. Trenholm definitely has a stage presence, certainly helped by her stage attire, which looked like an odd hybrid of steampunk and the bayou. A packed house definitely spoke volumes for the musical capabilities of Trenholm and company, and I am glad that, after months of putting off attending one of the group’s performances, I was finally able to get out to Vamp’d and see them.

With musical diversity, an unpredictable (in a good way!) setlist, and a performance that kept the crowd’s attention (and I do not use the word “crowd” lightly, either), this was a fantastic night of rock. Heart Alive did these classic songs better than Heart proper does them now, and wowed the crowd with their stage show. Lady Chameleon were no slouches, and gave the masses a diverse mixture of rock and roll. You owe it to yourself to check out both bands when you get the chance.