Power Rangers – An Average, Unspectacular Reboot of the Classic Franchise

Power Rangers is directed by Dean Israelite and stars Dacre Montgomery, Naomi Scott, RJ Cyler, Becky G, Ludi Lin, Bill Hader, Bryan Cranston, and Elizabeth Banks. The film’s score is composed by Brian Tyler. This is the third film based on the Power Rangers franchise, and the first in a new, rebooted continuity.

Millions of years ago, a Power Rangers team fronted by Zordon did battle with the evil Rita Repulsa, herself a renegade Ranger. In the present day, a group of wildly different teenagers stumble across the Power Coins at a construction site and discover Zordon’s secret Command Center, where he and robot assistant Alpha 5 tell them of the history of the Rangers and Rita’s treachery. Initially doubtful and skeptical of all they have been told, the team must unite to do battle with Rita when she reappears in the modern world. 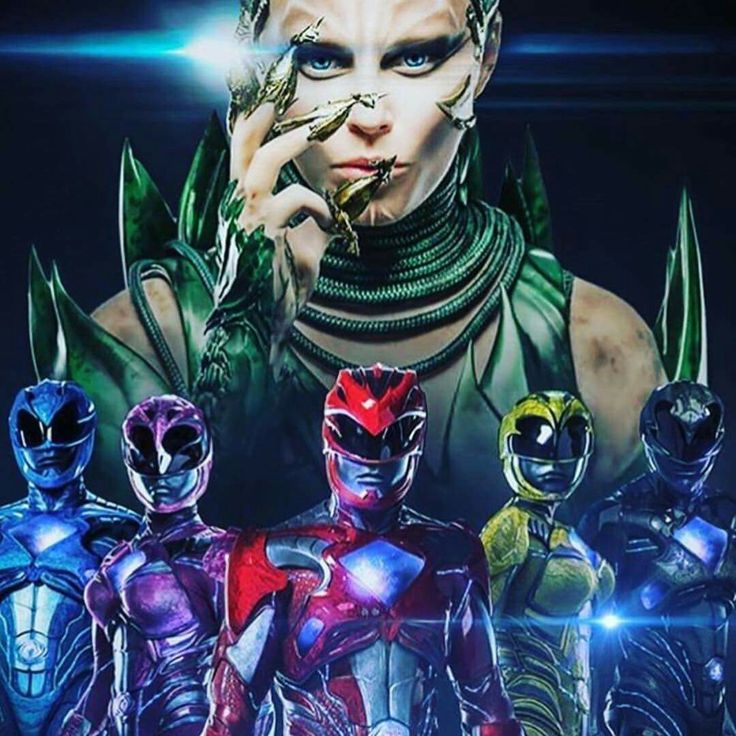 Is there any retro property that HASN’T been snatched up by a major movie studio? This is one of the big trends going on in Hollywood, and I highly doubt we will see it die down anytime soon. With nearly all of the eighties properties being snatched up, it was only a matter of time before we got on with the nineties, and many of the shows I enjoyed in my childhood, one of the biggest of which being Power Rangers.

This is a difficult review to write because one must look at the film itself as a standalone product, and because of my position of being a fan as a child and someone who has recently revisited the original series from a retro perspective, the source material.

The first season of the original Mighty Morphin Power Rangers series aired in America during 1993, with its monster/battle footage coming from Zyuranger, one of the numerous Japanese Super Sentai series. The show was an immediate hit on American television, and there have been Power Rangers shows on the air in America pretty much ever since. When I revisited the show last year, it was a fun experience, but also painfully dated and inconsistent in many regards. I was curious to see how a reboot would handle the series.

…and then we come to the new movie itself. And I am torn as to where I stand. There is certainly a lot to like here, but just as much to dislike. A terrific cast and a fearsome villain definitely bring something to the table, but an inconsistent tone and the filmmakers ripping off pretty much every other “popular franchise” for ideas gives me doubts about the new direction for this legendary series. 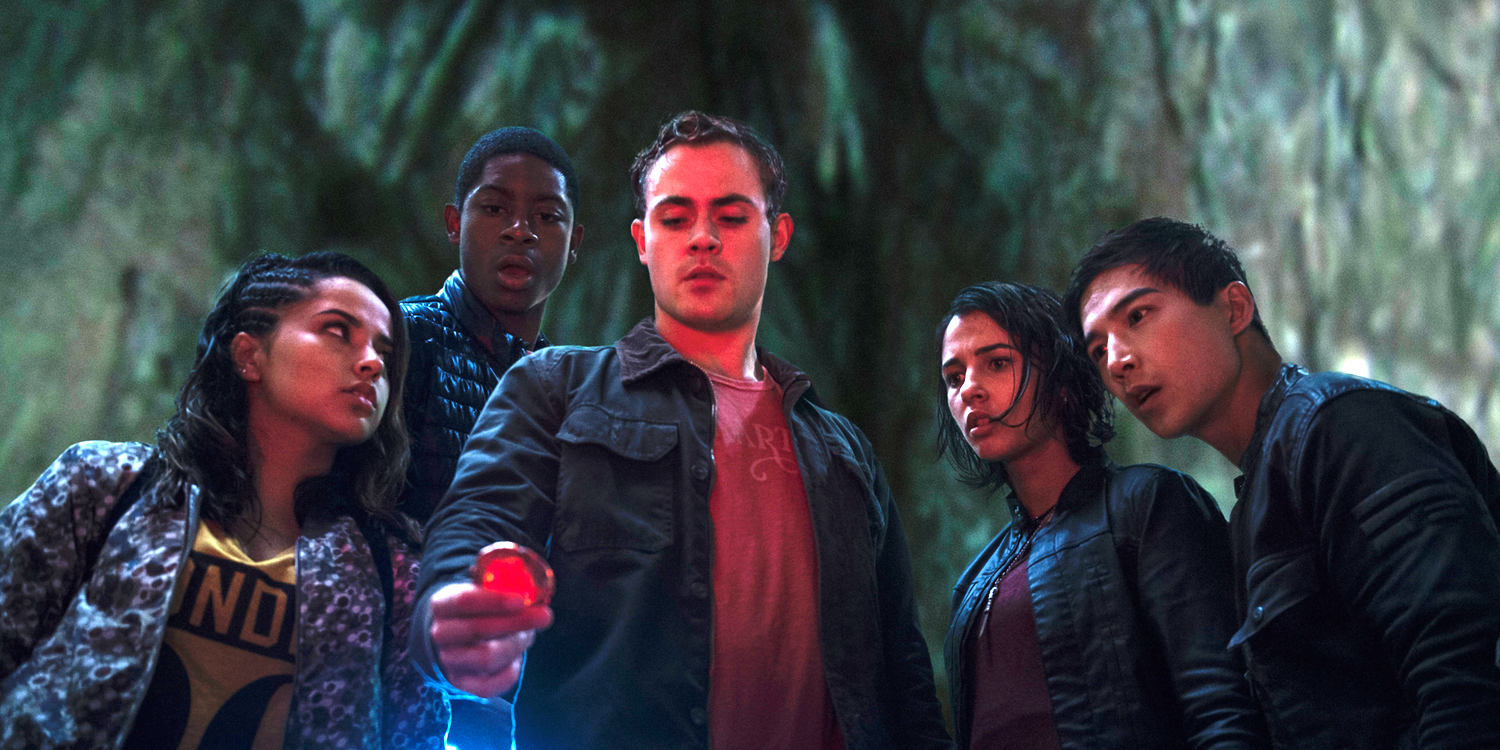 As for the positives of the new film, we get a cast of talented young actors that brings everything they have to the table. Even if the writing and tone of the movie is inconsistent, this is a great cast. I had never heard of any of the five core actors prior to coming into the movie, but will be the first to say that they left a good impression on this viewer. Bryan Cranston does a good enough job as Zordon, even with his role being relegated to being a talking head that guides and coaches the team. (Interesting trivia: Cranston voiced two monsters on the original television series.)

But the real standout amongst the cast is Elizabeth Banks in her role as Rita Repulsa. The Rita in the original TV series was a cute old Japanese lady in a cone bra who constantly complained about headaches, and was seemingly incompetent, yet lovable. Banks’ Rita is ruthless, sexy, and steals every scene she is in. And unlike her television counterpart, she actually FIGHTS. Banks is a villain that actually leaves an impact on the viewer, and leaves the audience wanting more of her. She is the one persona here that surpasses her original incarnation, and her in this role alone would be reason for me to see sequels.

But a great cast cannot save this film from its greatest weaknesses.

First and foremost, the filmmakers could not seem to decide whether they wanted to make a dark and gritty film, or a comedic, campy one in line with the original television series. My hat goes off to them for creating a PG-13 product and not something overly sanitized for a youth audience, but the tone is all over the place. A few moments got some good laughs out of me, I have to admit. But the family drama seems to come and go with little rhyme or reason. If you want to make a dark and gritty film, go for it. If you want to do an exciting film with the camp tone of the original series, go for it. But do not give us a half-assed compromise here.

The biggest problem with Power Rangers is that, rather than build on the mythos established by the original series, the filmmakers seem more intent on taking their inspiration from other sources. Instead of being inspired by the original versions of these characters, the filmmakers rip off The Breakfast Club shamelessly, giving us people fighting and arguing in a Saturday in detention, and reasons for being in said detention that are strikingly similar to that film. (A star athlete’s prank gone awry? Check. Explosion in a nerd’s locker? Check. A “basket case” girl no one seems to know anything about? Check.) Had they just stuck to the characterizations of the original television series and fleshed those out, it would have been fine.

There are also major pacing problems; we do not even get to see the Rangers “morphed” until the final act of the film, which is a disappointment to those fans that want to see full-on battles throughout the movie.

And then, they rip off every other popular media franchise. The Power Ranger forms look like Iron Man suits. The Zords look like Transformers. Rita uses a staff almost identical to Loki’s. Goldar looks like the love child of the Destroyer from Thor and Angelina Jolie’s character from Beowulf. I have no problem when filmmakers deviate from the original source material, but if you are going to do it, be smart about it. Don’t rip off other franchises, especially not this blatantly. It doesn’t help that there are direct verbal references to Iron Man and “Bumblebee” (of Transformers fame) in the film.

The biggest problem with trying to introduce all of those new “family drama” elements is that it means omitting major characters and locations that are a part of the Power Rangers series, and part of what makes the formula work. We do not even get to see a number of the most endearing characters. Where are the Angel Grove Juice Bar and Ernie? Where are teacher Ms. Appleby and principal Mr. Kaplan? Rita’s henchmen? And the biggest and most painful omission to the central cast…. Where are my two favorite characters and the heart and soul of Power Rangers,  Bulk and Skull? The biggest disappointment here is that there was room and would have been ways to incorporate these characters.

If you want a modern Power Rangers story done right, go check out the comic series from Boom!. It has the original characters in their original incarnations, and manages to be gritty and darker while still maintaining everything about the television series that worked.

The new Power Rangers film is underwhelming and scattershot in many regards, and yet I did not dislike it. If there is a sequel (which a mid-credits scene pretty heavily implies), this fan will most likely be there at some point. This is a decent enough film, but is better relegated to a rental when it comes out on home formats.

DISCLAIMER: All images in this review are the property of their respective copyright holders, including Saban Brands. For promotional use only. All rights reserved.