Home›Reviews›Dairanger - A Look at One of the Japanese Shows that Spawned the Power Rangers!

Dairanger - A Look at One of the Japanese Shows that Spawned the Power Rangers!

Gosei Sentai Dairanger is the seventeenth overall show in the Japanese Super Sentai media franchise, and is the second to be ported to America in a DVD set from Shout! Factory. Elements from this show, including the monsters, Zords, and the White Ranger, would later appear in America in the second season of Mighty Morphin Power Rangers (although most of the actual Dairanger costumes were not adapted, and would not appear in the American franchise proper until many years later).

Like the other Super Sentai shows, Dairanger is a stand-alone series (as opposed to the first few Power Rangers seasons/series where it was all one continuous storyline). Several thousand years ago, two tribes, the benevolent Dai Tribe, and the villainous Gorma Tribe, battled one another, with the Dai doing their part to prevent the Gorma from conquering the world. 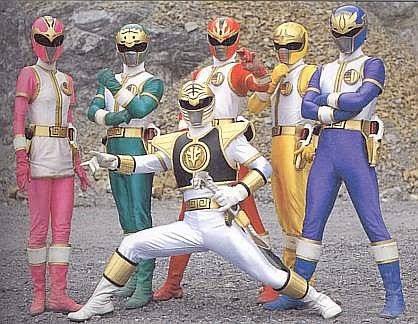 The Dairangers. Only the White/Kiba Ranger (front and center) appeared in the second season of Mighty Morphin Power Rangers.

In modern days, Master Kaku, one of the last surviving descendants of the Dai Tribe, unites other descendants of the Dai to come together and battle the Gorma, utilizing powers that turn them into the Dairangers. Over time, the Dairangers are joined by new, unexpected allies, with relationships forming and allegiances being tested through tough times.

Chances are if you are reading this review you know what Power Rangers is and have likely seen a few episodes/seasons, but are unsure if you should go back and check out the original Super Sentai shows that it was adapted from. Having recently watched Zyuranger, and now Dairanger, this fan can say that the answer is a resounding YES. The original Super Sentai shows, while still made for Japanese youths, are much darker and more dramatic than their American adaptations, with a continuous, ongoing storyline within the series, whereas Power Rangers is more episodic. There are emotional moments that the American Power Rangers shows are sorely lacking, largely due to American censorship requirements and the like. 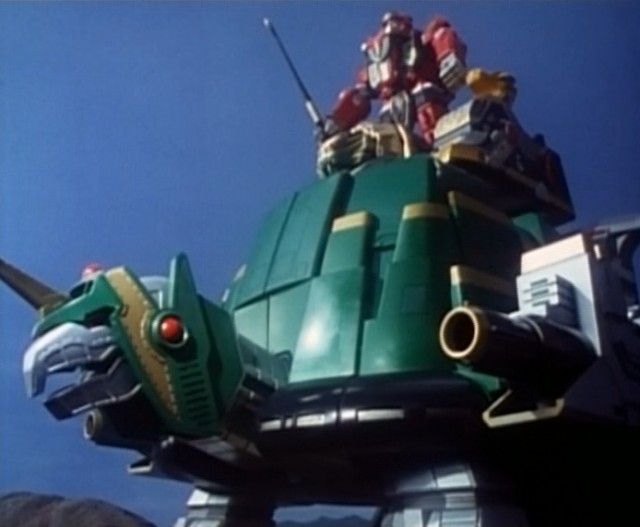 A look at the machines utilized by the Dairangers. These will no doubt look familiar to Power Rangers fans.

For positives, the ongoing, gripping storylines and plots are definitely going to keep the attention of the viewer. Most of the episodes pick up right where the last ones left off, giving it a more “serialized” feel than the standalone, episodic nature of Power Rangers. There are even a good deal more monsters that were never adapted for Power Rangers, with the “monsters of the day” having more depth and backstory than their traditional American counterparts. Many elements here have no American equivalent, including the Gorma Tribe and its various soldiers and generals, and the Kujaku character. I will not go into more details here, as I do not want to spoil anything for newbies, but overall this is a solid enough series that trumps its American counterpart in most respects and regards.

It cannot all be perfect though. Unlike the Power Rangers, the Dairangers are all adults that have jobs in the real world, but these elements have almost no bearing on the plot whatsoever, and as such, the Dairangers themselves come off as largely interchangeable. The show, much like Zyuranger, lacks the secondary cast of the American equivalent, which is another minor weakness. As much as I prefer Super Sentai to Power Rangers, the American series DOES have more distinctive heroes than Dairanger. The Gorma Tribe has some interesting plot points and storylines, but the “main three” villains themselves are hard to take seriously, wearing attire that looks like it came from an S&M/bondage clothing shop.

Likewise, not all of the new characters/subplots introduced later really go anywhere, and some are outright annoying or uninteresting. There are way too many plot twists in the last several episodes, and not all of them even make sense or pan out. That said, the series finale has an interesting twist that I am not going to spoil here, but it is bound to get some smiles out of the viewer. 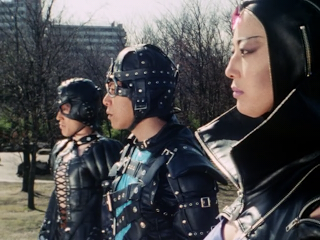 Dairanger is not perfect; I personally prefer the characters and storyline of its Super Sentai predecessor Zyuranger overall, but it is still superior to its American counterpart for the most part. Give it a chance, and you may be pleasantly surprised by what you experience here!

Picture quality is a little on the weak side as a result of the low budget, though the Japanese audio is quite passable; it is unlikely we will ever get a better looking and sounding version of the show than what is presented here. There are no bonus features (sadly, the Dairanger movie is not included for legal reasons) although some commercials for the show are included before the first episode.

This set comes highly recommended for Power Rangers fans who want to take a look at the show that paved the way for that mega franchise in the United States, and is largely a superior product. Definitely well worth picking up.