Home›Reviews›911 Is Disconnected: So This is Rock and Roll - The Long Awaited Autobiography from Adam Bomb!

911 Is Disconnected: So This is Rock and Roll - The Long Awaited Autobiography from Adam Bomb!

In the Decade of Decadence, Adam Bomb showed great promise as one of rock and roll’s new sensations, with a history that went back much farther, interacting with many of rock’s greats. Despite his potential and many superb shows with top-notch musicians, mainstream success eluded Mr. Bomb. This has not stopped him from developing a cult following over the years, and a strong, dedicated fanbase.

911 is Disconnected: So This is Rock and Roll (hereafter simply referred to as “911”) is the long-awaited autobiography from Adam Bomb, covering events from before his birth up to the middle of the 1980s (the end of the book states that this is only a “Part One,” though this is not specified elsewhere on the sleeve). Events covered in the book include his European ancestors coming to the United States and getting settled, running a bakery, young Adam Brenner (later to be known as Adam Bomb) learning how to play while working in the family bakery, and forming early bands, meeting and forming relationships with established and future rockers, and auditioning for major acts. The book also looks at many of his personal and professional relationships, including going for broke in his attempt to achieve rock and roll stardom. 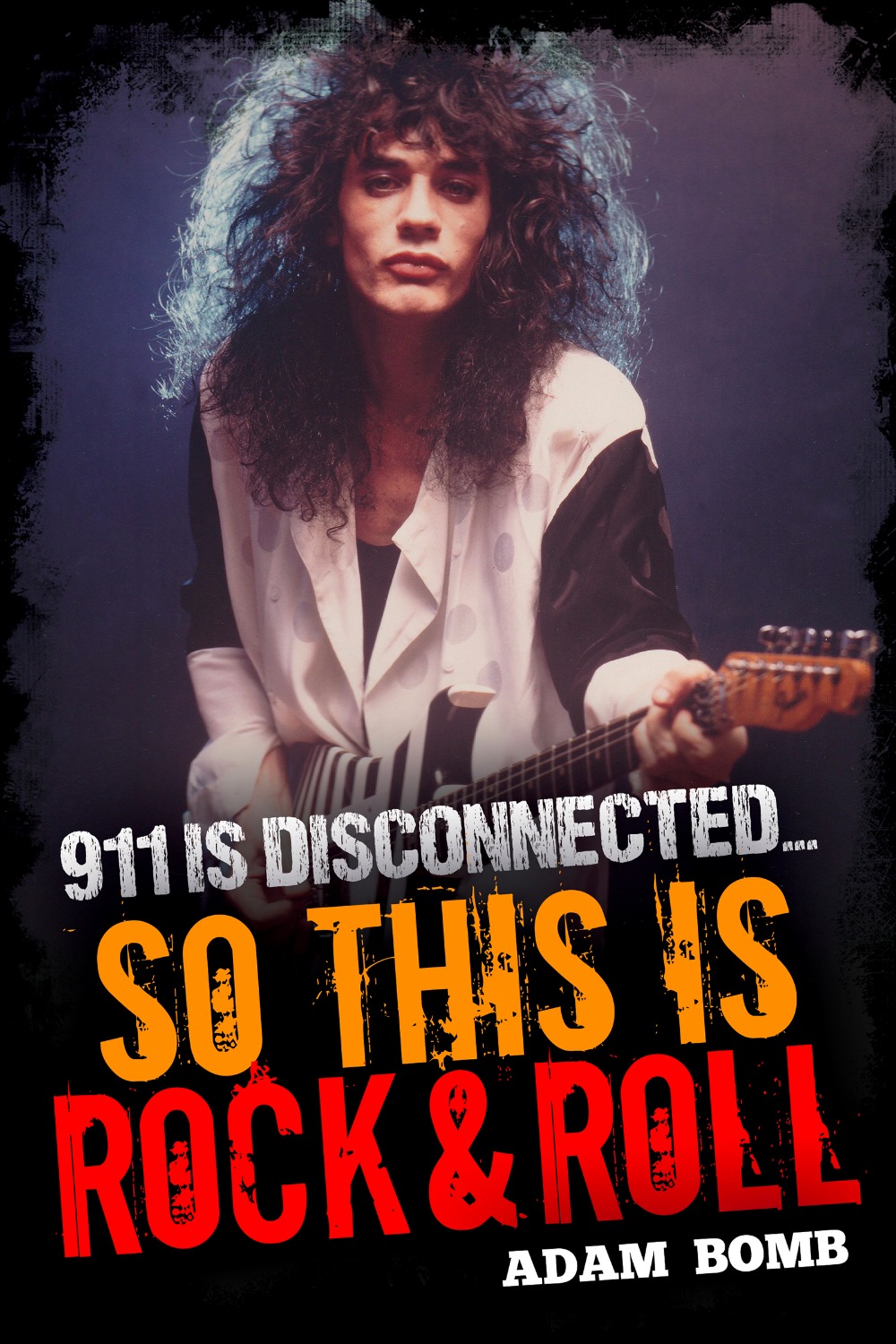 I will be the first to admit, I am only vaguely familiar with Adam Bomb’s music, and have yet to add more of his works to my music collection. After seeing him in concert a few months back and being blown away by his gig, I will most certainly be doing so. 911 does a solid job introducing fans to this unsung hero of rock and roll with a wide array of stories ranging from the dramatic to the outright comical. The tales in this book are great, and rock and roll fans will enjoy hearing them, but poor editing and writing throughout the book work against what could have been a better final product.

As for the positives of 911, the book does a great job fleshing out not only Adam Bomb himself, but also the people around him. The book takes the rather unconventional route of devoting quite a bit of space to Bomb’s ancestors that immigrated to the United States, giving you an idea of the background he came from. Some highlights include his meeting Eddie Van Halen, auditioning for KISS, and playing with the underrated TKO. We even get to see him go to New York and California in attempts to enhance his career. The book does a good job showing the behind-the-scenes process of making an album, and the record company politics that have played so strong a role in bringing many a performer to financial ruin before their careers got off the ground. 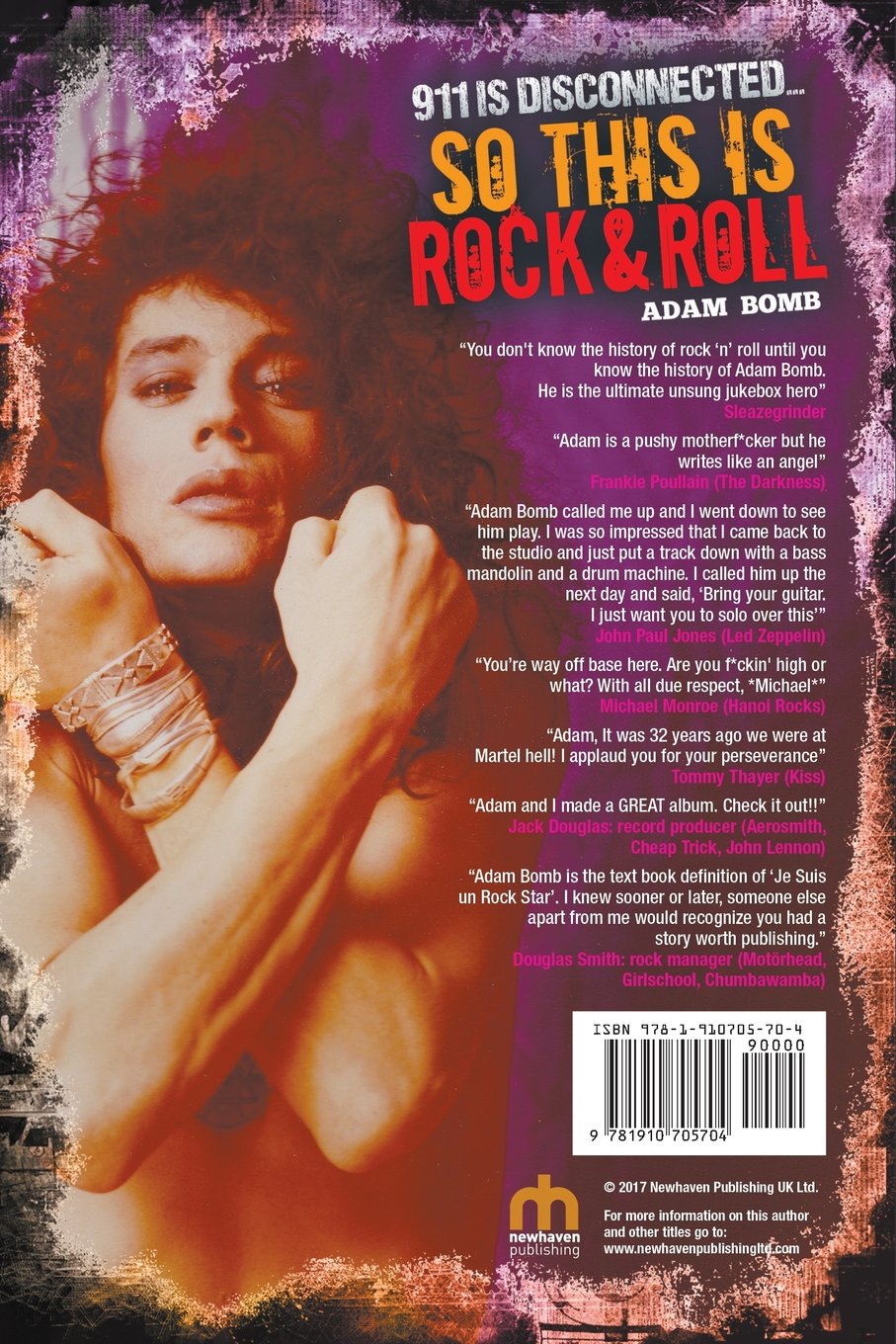 While I DID enjoy 911, the biggest problem with the book is that it clearly did not have any input from a professional editor, and the end result reads in a rather sloppy manner. Proper names are misspelled. Formatting is inconsistent. At times, a paragraph will end and a new one will begin, basically repeating the same thing. Essentially, many parts of the book feel like they were “slapped together” after being written separately. I want to read Part Two when it comes out, but the second book needs a professional editor’s touch, something this first installment is sorely lacking.

911 provides a great introduction and some intriguing life details to one of rock’s unsung and underrated heroes. It is just a shame that the writing style hampers the story in many places. Despite these issues, I can still recommend the book to fans, just keep your expectations in check in that regard.