Blade Runner – In Anticipation of the Sequel, Looking Back at the 1982 Original! 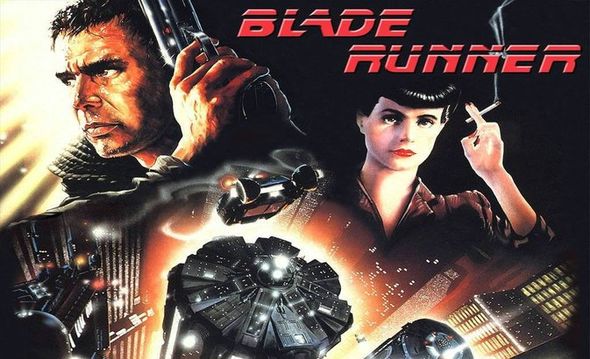 Blade Runner is set in an overpopulated, overcrowded Los Angeles in November of 2019. In these futuristic times, technology has grown by leaps and bounds, with many people yearning for a better life outside the city. The invention of Replicants, cyborgs identical to humans but with superior skills and strength, served to better life for the human race, but when Replicants began rebelling against their creators, hunter policemen known as Blade Runner units are utilized to destroy them on sight.

Rick Deckard is a retired Blade Runner, who re-enters the fray when his assistance is needed upon four rebelling Replicants killing a shuttle crew and returning to Earth for purposes unknown. During a visit to the Tyrell Corporation, Deckard finds himself infatuated by Rachael, an advanced Replicant that he initially has difficulty identifying, which causes him to question his own job and identity as well, as he sets out on his mission to stop the rebelling Replicants from doing any further damage.

Blade Runner has an unusual history. Following a disastrous test screening in 1982 (in what would come to be known as the “Workprint Version” of the film in later years), noir-style narration from star Harrison Ford was added to the movie, as well as a forced, unconvincing happy ending. Some violence was also removed in the American version to get an R rating from the MPAA; the international theatrical cut retained these violent moments. Despite these changes, the movie bombed in theaters and received mixed reviews. Director Ridley Scott was never happy with these changes that were made to the movie prior to its theatrical release. Over the years, though, the film was discovered on home video and gained a cult following.

In the early 90s, the original “Workprint Version” of the movie was rediscovered and shown in some theaters as a “director’s cut.” This prompted director Ridley Scott to work on an actual “Director’s Cut” version of the movie, which essentially eliminated the narration and the happy ending, and made a few other slight changes. However, Scott’s input was fairly minimal as he was busy with other projects at the time. Despite this, this cut of the movie was well received by the public, although Scott was never quite happy due to his minimal involvement.

In 2007, what has become called the “Final Cut” of the movie was released, with Scott’s full cooperation and involvement, correcting many problems and continuity errors throughout the film, and even refilming a certain sequence to make it look more convincing. In this sense, Scott gave us the definitive version of this cult classic, and the one that fans should watch. However, for archival purposes, many DVD and Blu-ray releases of the film retain the other cuts of the movie, allowing fans to revisit them at their leisure. Make no mistake though, the “Final Cut” is the version to see, for newbies and longtime Blade Runner maniacs.

So, now that we’ve gotten that history lesson out of the way, how is Blade Runner as a film? Does it live up to the hype that has been built around it over the years by a steadily growing cult audience? And if the film is so great, why did it bomb in theaters the first time around?

Essentially, the hype around the film is justified, though people come in not knowing what to expect, and may be turned off by the fact that the film was so far in the opposite direction of what they were expecting. Harrison Ford was riding strong on the success of the first two Star Wars movies and the first Indiana Jones film, but those that expected sci-fi in the style of Star Wars certainly didn’t find it here, which may have accounted for some early mixed reactions. It did not help things any that Ridley Scott’s previous film had been Alien, dealing with a deadly extraterrestrial, or that Stephen Spielberg had just released a box office dominator in the form of ET.

Blade Runner has as much in common with film noir as it does with science fiction (the main character actually enforces the law and does detective work), and in an era when sci-fi meant mythical beasts, laser guns, mystic arts, and spaceship battles, it is not hard to see why the film may have alienated (pardon the pun) the general public at the time. That said, those who have given this film a chance and have come to embrace it appreciate it for its attention to detail, unique atmosphere, diverse and talented cast, and debatable, thought-provoking elements that have sparked many a debate amongst viewers.

Even if you watch the film and are not a fan the first time, its distinctive visual style representing the future of 2019 (a year not that far away in the real world!) is startlingly bleak and eerily real. This is not a Jetsons-style utopia above the clouds; it is a morbid, grungy, overcrowded Los Angeles in which daylight never seems to arrive. Announcements frequently boast of a better life in “Off-World Colonies,” but it is unlikely that anyone in this setting can afford that better life, or if it even lives up to the hype. Unique architecture and a style that is distinctly futuristic yet never optimistic or pleasant create an revolting vision of the future, yet one that remains one of science fiction’s most memorable.

A memorable cast only adds to the allure of this sci-fi cult classic. Harrison Ford is memorable as the lead, former Blade Runner cop Rick Deckard, forced back into the fray when his expertise is needed to halt the threat at hand. It is a shame that Deckard is never mentioned in conversations alongside names like Han Solo and Indiana Jones when it comes to Ford’s most memorable characters; this is a truly memorable performance for the ages. Other members of the cast include an eerie Rutger Hauer as the leader of the rebelling Replicants, Edward James Olmos as a fellow cop with an eccentric personality and not-so-kind disposition, Joe Turkel in a brief role as the creator of Replicants, and Sean Young as the Replicant that Deckard develops feelings for, and begins to question his role through. There are countless classic performances here.

Many of the original complaints towards this film were leveled at its pacing, but honestly, I found the pacing to be just fine. Ridley Scott takes his time building this world, and fleshing out the personalities in it that we encounter throughout the film. These complaints likely came more from those that were seeking a more action-packed science fiction experience. Blade Runner certainly has its action sequences, but this is more a sci-fi noir/drama than a sci-fi action picture. There are elements of the movie that could have gotten more emphasis, including the Replicant backstories and the Deckard/Rachael interaction/romance, but as a whole, this sci-fi fan was impressed with the work of director Ridley Scott, and a phenomenal cast and crew.

There have been countless releases of Blade Runner on home video over the years, perhaps more in the past decade than ever before. In 2007, the Final Cut of the film was put out on a five-disc set that was released on Blu-ray and the now obsolete HD-DVD format. This set includes commentary tracks for the film, the earlier Theatrical, International, Director’s Cut, and Workprint versions of the movie, and numerous bonus features, including Dangerous Days, a documentary covering literally every aspect of the film, which runs for over three hours. In more recent years, the film has gotten another remaster for 4K UHD Blu-ray, but the 4K release lacks many of the bonus features and alternative cuts of the film. The older Blu-ray and HD-DVD releases were also made available in replica briefcases, similar to the one Harrison Ford uses in the film for a test to detect Replicants.

Blade Runner may not hook you on the first viewing, but it is worth watching and giving a chance to. This is a cult classic that grows in reputation, discovered and rediscovered by many. A sequel, Blade Runner 2049, was recently released in theaters, so if you are headed out to the theater to check out the latest installment, what better time is there to visit or revisit the original? A highly recommended film, though I strongly recommend that you watch the Final Cut version.

DISCLAIMER: All images in this review are the property of the respective copyright holders, including (but not limited to) Warner Bros. Pictures, The Ladd Company, and The Estate of Philip K. Dick. For promotional use only. All rights reserved.