Home›Reviews›Liam Gallagher - Oasis Frontman Returns With As You Were, His First Solo Album!

Liam Gallagher - Oasis Frontman Returns With As You Were, His First Solo Album!

As You Were is the first solo album from Liam Gallagher, previously known for being a part of Oasis alongside his brother Noel, with whom his feuds over the years have been legendary.

No one can deny the impact that Oasis’ classic first few records had on 90s rock; the records were massive hits and contained many of the era’s best alternative rock anthems. While I admit I did not follow the music of Oasis religiously back in the day, I do own plenty of their releases and do find myself revisiting them two decades later. The music stands the test of time, something I cannot say for many other acts of the era.

Upon hearing Liam would be releasing a solo album, this fan was certainly excited to hear it. This is Liam’s first solo record, and his first release following the 2014 disbandment of the Oasis spin-off group, Beady Eye. How does this Gallagher Brother fare with his first solo album, and is this one worth adding to your collection? 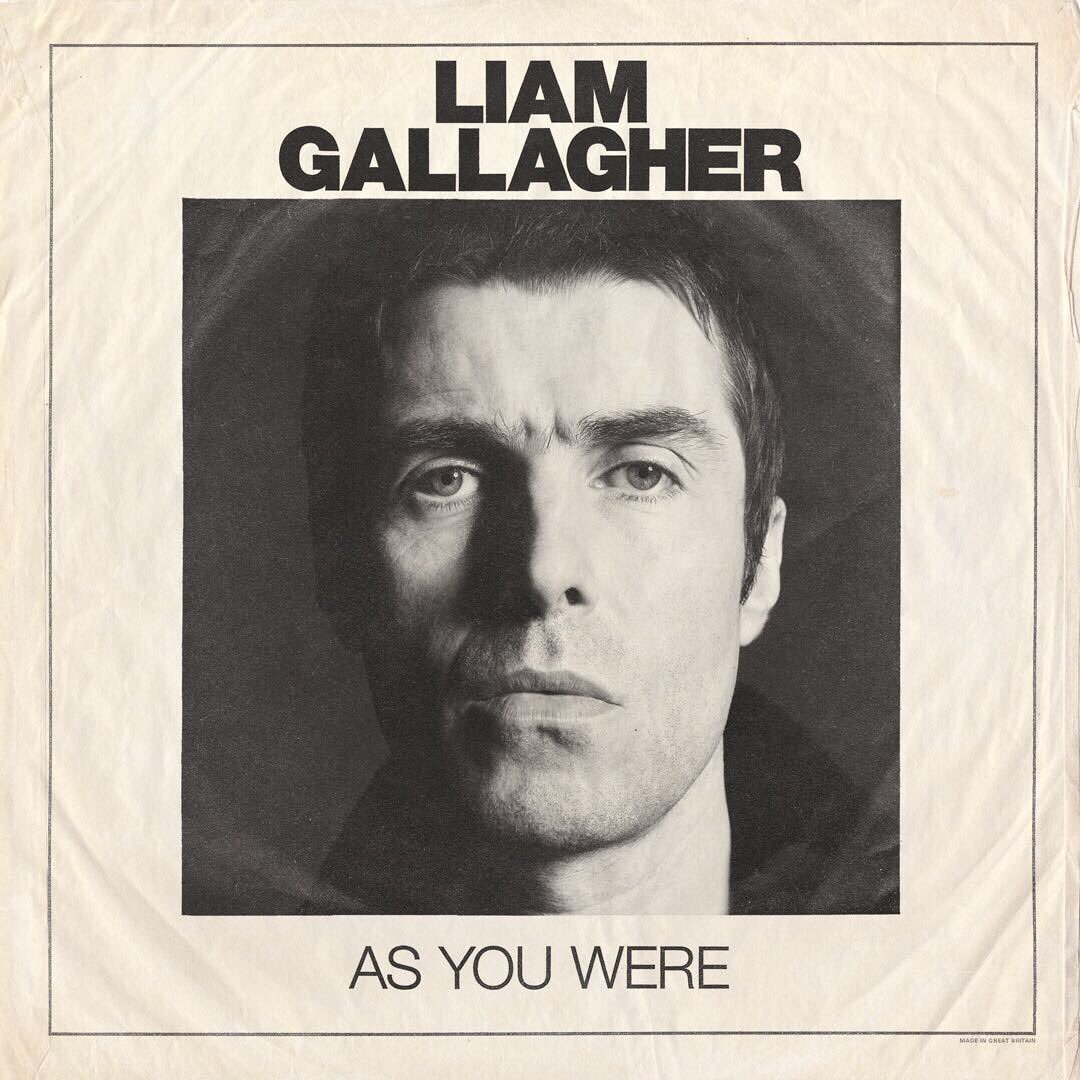 I would definitely put As You Were above many of the later, forgotten Oasis releases, though it cannot quite rival the greatness of earlier works like Definitely Maybe and (What’s the Story) Morning Glory? Liam proves himself to be quite capable throughout the release, even though there are not any major surprises, or anything that quite represents his boisterous, outspoken personality we have heard about in the media so many times. For the most part, this is just a good, solid power pop record, and there’s nothing wrong with that.

There is a strong variety of sounds to be heard here, as anyone who gives it a listen will see for themselves. A quarter century after Oasis debuted, fans will be delighted to hear that Liam Gallagher’s vocal work is as impressive as ever; there is a reason this guy continues to show up on “best frontman” lists. It is difficult to say if any of these songs will be revered as classics, but I doubt anyone who has been a fan of Oasis/Liam Gallagher to date will be disappointed in what they hear here.

I have read a handful of mixed reviews for this record, but honestly, people that are fans of Liam Gallagher and his past works will be satisfied with what they find on the album. The musicianship is solid, and he still offers some of the best vocal work in the business. This is a release worth your time, which should not be overlooked.