Father Figures - Another Day, Another Generic Comedy That Goes Nowhere....

Kyle and Peter Reynolds, two brothers with an uneasy relationship, see their mother marry a new man, much to their delight. But upon the arrival of this happy occasion, they learn that their mom was quite promiscuous during her days in the 1970s, and they she does not know who their real father was. The two set out on a trip across America to learn the truth, which leads them to everyone from former NFL players to heroic police officers. And naturally, along the way, nothing goes as planned.

Father Figures was delayed numerous times throughout its production cycle, and even underwent a few title changes (movie theaters and television services would not promote a film called Bastards!) It is not hard to see why the film was so heavily delayed; the end result is nothing worth getting excited about. We have seen nearly every element on display in this film in a better movie, done superior to this. 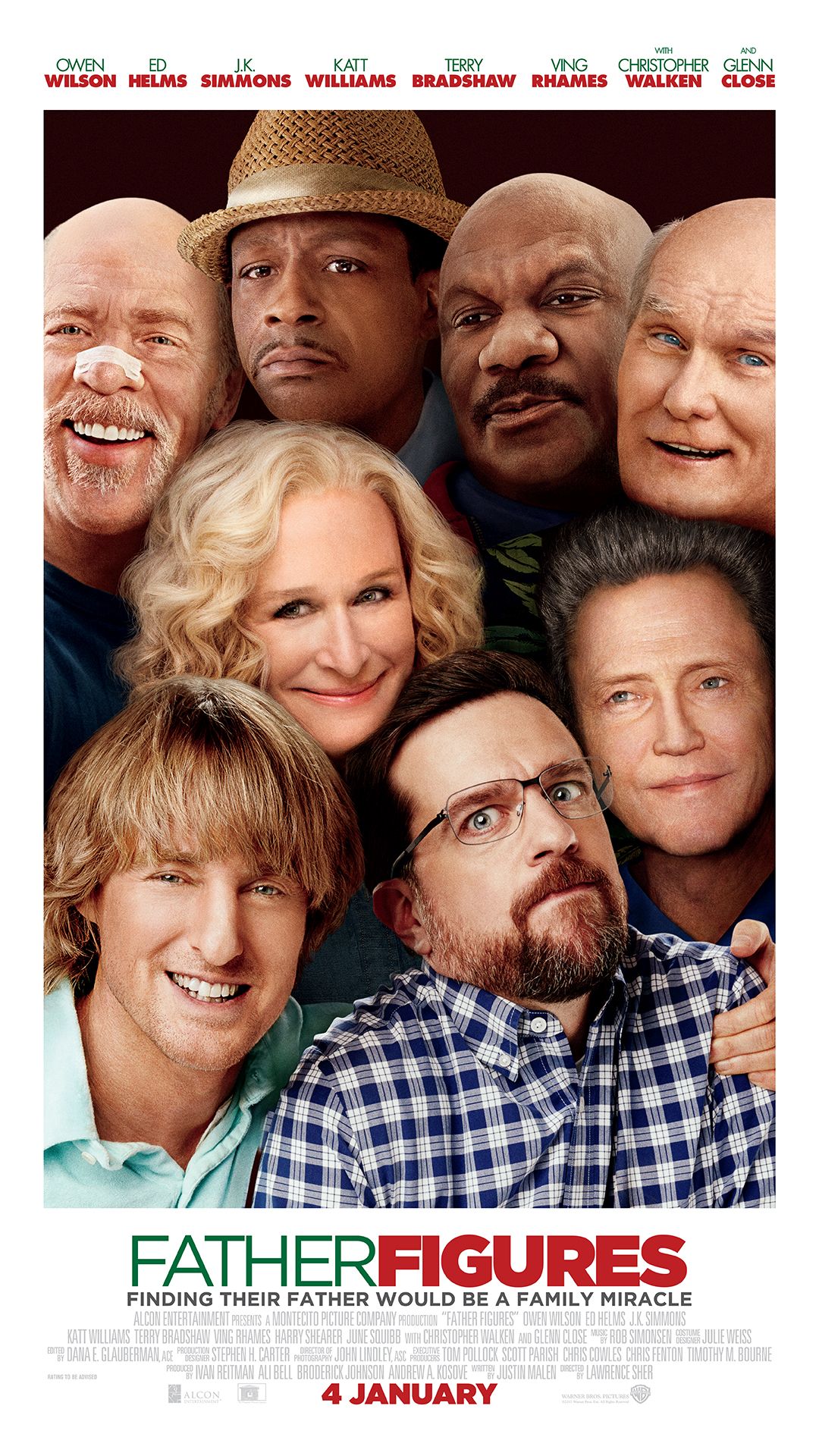 The overall tone of the movie is a mess; is this supposed to be a heartfelt “coming together” story of two brothers on the search for their dad, or a slapstick comedy? There are elements of both approaches, and neither works. Just when you think the film is a fairly heartfelt one, the filmmakers haphazardly throw in elements of R-rated comedy for a cheap laugh. The ending of the film approaches overdone sentimentality to the point that, for a few scenes, you may even forget you are watching a comedy. But then you think back to earlier in the movie and the fact that there is a scene of two people urinating on each other in a public restroom, and realize that such a dramatic approach is out of place here, and does not work.

It does not help that we have seen Owen Wilson and Ed Helms in countless comedies, playing the exact same characters, to a greater extent. Honestly, this is a good cast, and Helms and Wilson have decent chemistry together here, but nothing ever quite comes together. There are many surprises and big-name actors to pop up along the road trip in the movie, but if you’ve seen the trailer, you’ve already seen the movie’s funniest scenes. A sluggish pace and a run time of nearly two hours does not help things any. That is not to say there are not some moderately funny scenes, but the end result simply does not work, and brings nothing original to the table despite a solid cast.

Father Figures is not without its occasional charms, but they are few and far between. There is nothing here we have not seen before at the movies, and other films do it better. It is tonally inconsistent, has characters no different than those from Wilson and Helms’ past, and is hampered by an overlong run time and not too much to look forward to along the way, even if the occasional moment shines. There simply isn’t enough here to recommend the film.

DISCLAIMER: All image in this review are the property of their respective copyright holders, including (but not limited to) Warner Bros. Pictures. For promotional use only. All rights reserved.