You know how, in school, when your teacher or substitute has nothing for you to do and announces at the beginning of class that today is a movie day? All too often it’s a film you wouldn’t choose to watch yourself. Things were a bit different in my guitar elective. This is when I was introduced to the very idea of the G3 Tour. G3 DVDs were essentially the go-to, and I believe the first or the one that stuck with me the most was the 2003 line-up of Joe Satriani, Steve Vai, and Yngwie Malmsteen. I’d heard of these men obviously, and even listened to their music, but this was the first time seeing them in a live setting, and the very idea of three (or more) phenomenal guitarists each performing a set, and then jamming in front of a live audience, was still a bit mind-blowing for a 14 or 15-year-old guitar player. 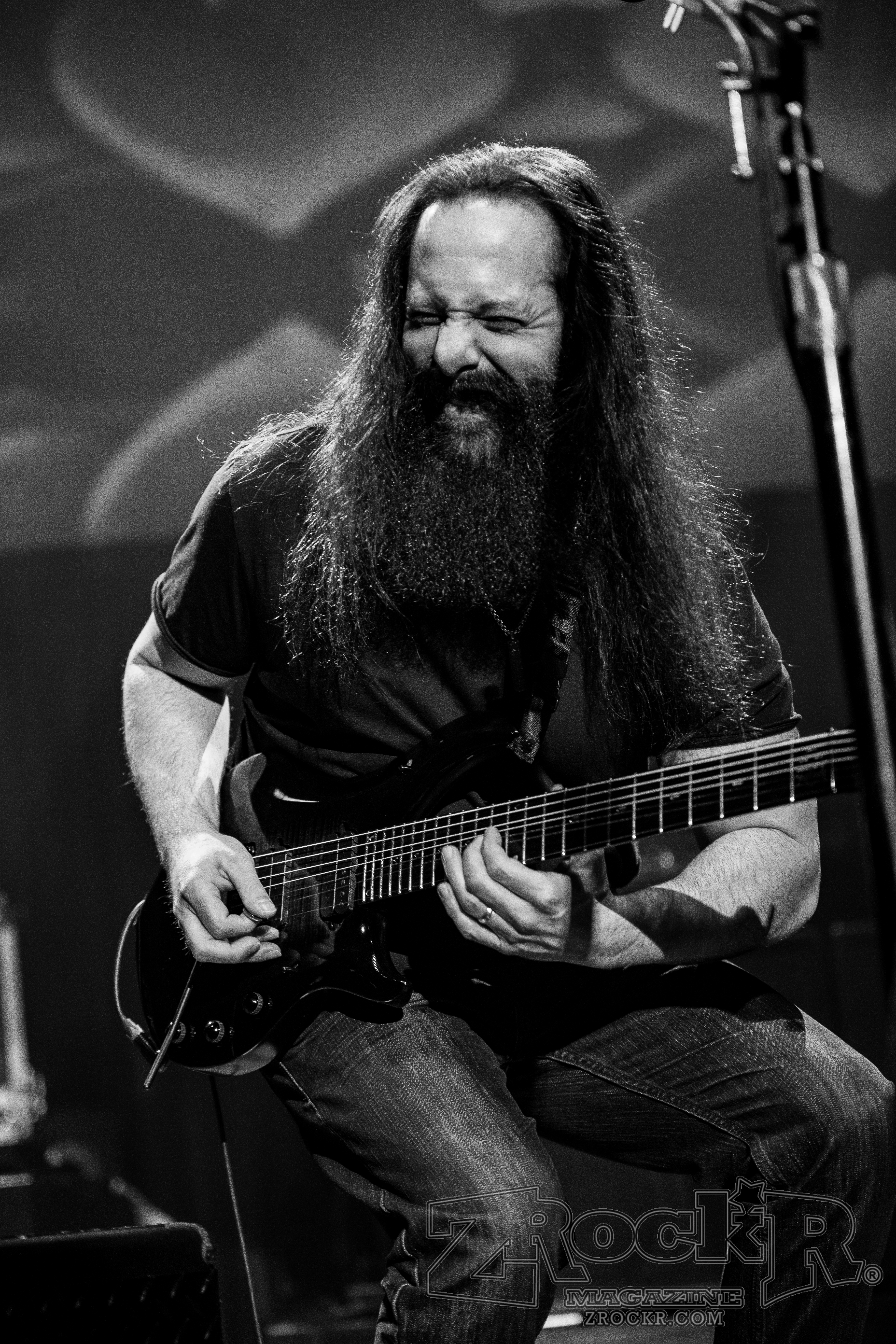 Joe Satriani put together the first G3, which took place in 1996, and continued nearly every year until 2007, before going on hiatus until 2012, and again until 2016. So while these shows were much more common over a decade ago, I can’t imagine that they were any less special with the likes of Steve Vai and John Petrucci being frequent features of the tour, as well as Eric Johnson, Paul Gilbert, Uli Jon Roth, all having had their time on the G3 tour. If that wasn’t enough, select shows often had special guests, such as the 2005 jaunt through Japan, which featured Marty Friedman.

I’m not much of a Def Leppard fan, so I wasn’t sure what to expect when hearing Phil Collen would be featured on G3. The man himself and his Delta Deep bandmates, bassist Robert DeLeo and drummer Forrest Robinson, started things off with songs meant to showcase Collen’s ability to shred. And while it was impressive, things got more interesting when they were joined by their singer, Debbi Blackwell-Cook. Delta Deep call themselves extreme blues and the label fits; the distorted blues based rock riffs mesh well with Blackwell-Cook’s voice. While Delta Deep’s music isn’t what one expects from G3, they stood out spectacularly.

I have only once seen John Petrucci live on the inaugural Gigantour with his band Dream Theater when I was a wee teenager. While an impressive band, I’ve never explored much of their discography or Petrucci’s solo work. That said, in the metal scene, you don’t have to look very hard to see or hear someone talk about how much of an excellent player he is. Seeing the man again over a decade later has given me a greater appreciation of his music. Seeing him perform such songs as “Jaws of Life,” “Glasgow Kiss,” and “Damage Control” has put a copy of Petrucci’s solo album ‘Suspended Animation’ on my wish list. 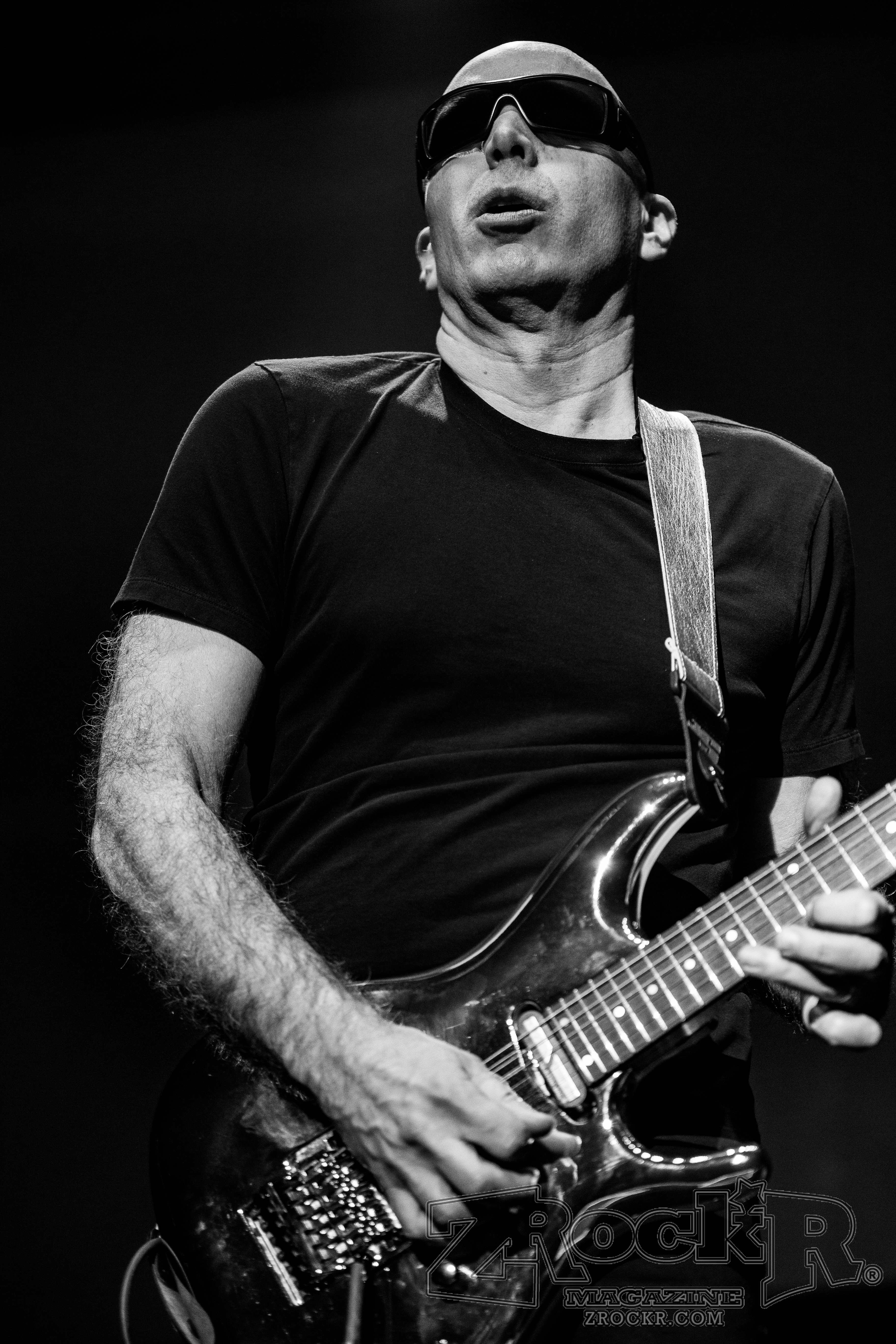 The man behind G3, Joe Satriani, is a busy dude. Between recording music, performing live, selling bitchin’ chrome guitars and other paraphernalia to the masses, keeping his shaved head so shiny, and teaching guitar to legends of the past, present, and future – when does the man find time to sleep?

Enough joking around; one of my favorite things about Satriani (and this is true of former student Steve Vai as well) is that he can take a melody and milk it for all it’s worth. Any musician could learn a lot from a track such as “Cherry Blossoms;” the subtle changes to a simple melody each time it’s revisited is very inspired, which made this particular song the highlight of Joe’s set for me.

You can hear that track and others on the new album ‘What Happens Next,’ featuring Glenn Hughes and Chad Smith, released just after the start of the G3 2018 Tour. Meaning you can get it now. Right now. 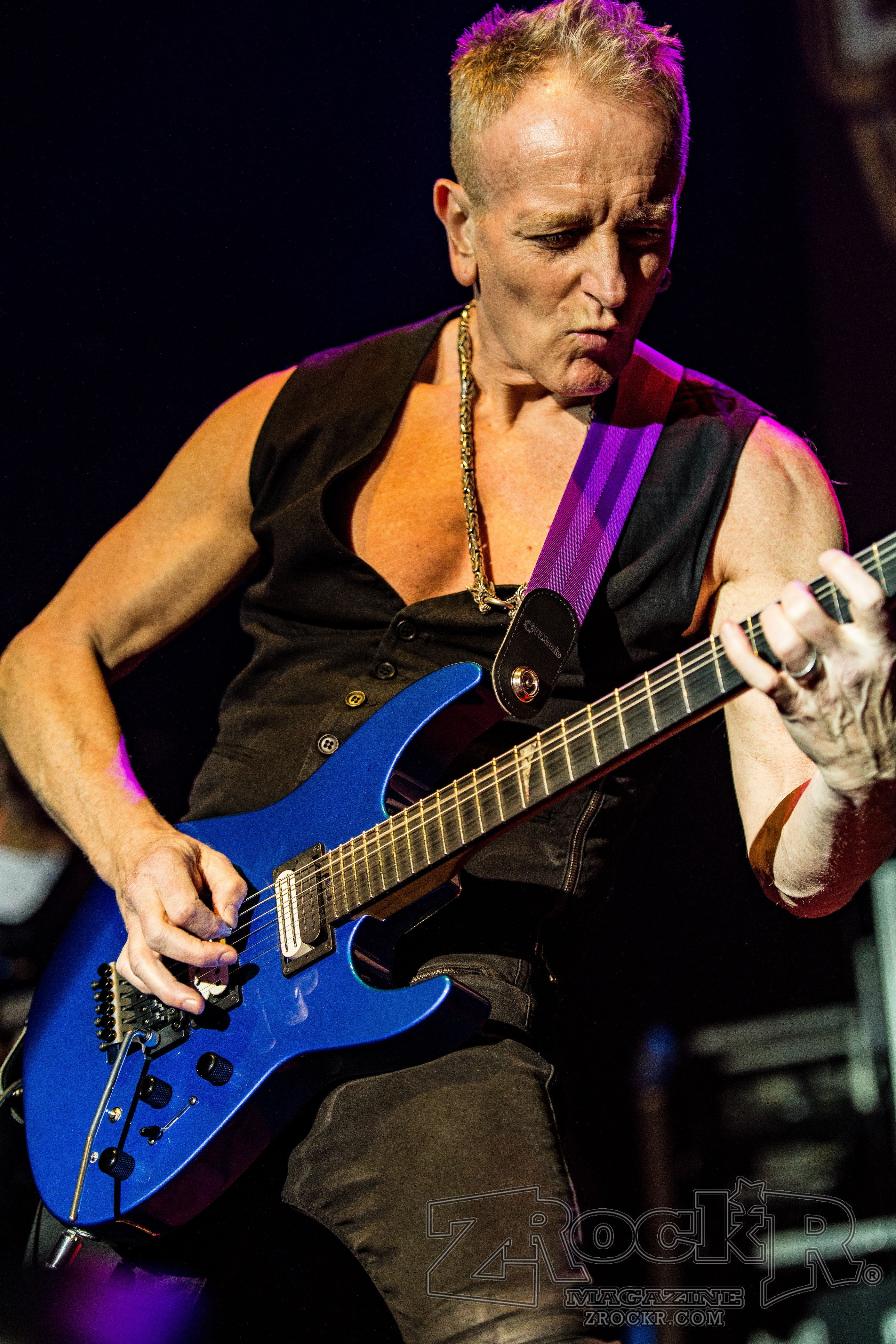 The draw of a G3, the main event if you will, is the jam session at the end of the night, where the featured guitarists join together on stage to play some songs. Tonight they were joined by Sixx A.M. guitarist DJ Ashba, Satriani’s band, and Delta Deep singer Debbi Blackwell-Cook for the Deep Purple classic “Highway Star,” the funky Stevie Wonder hit “Superstition,” and G3 mainstay “Going Down.”

It goes without saying that I had tons of fun, and as a music fan and amateur musician, I walked out of the Brooklyn Bowl taking a lot away from this show. I’m definitely sold on seeing more G3 shows in the future. Let’s just hope the next tour will be sooner rather than later, yeah?

All Photos by Courtney Ware for ZRock’R.