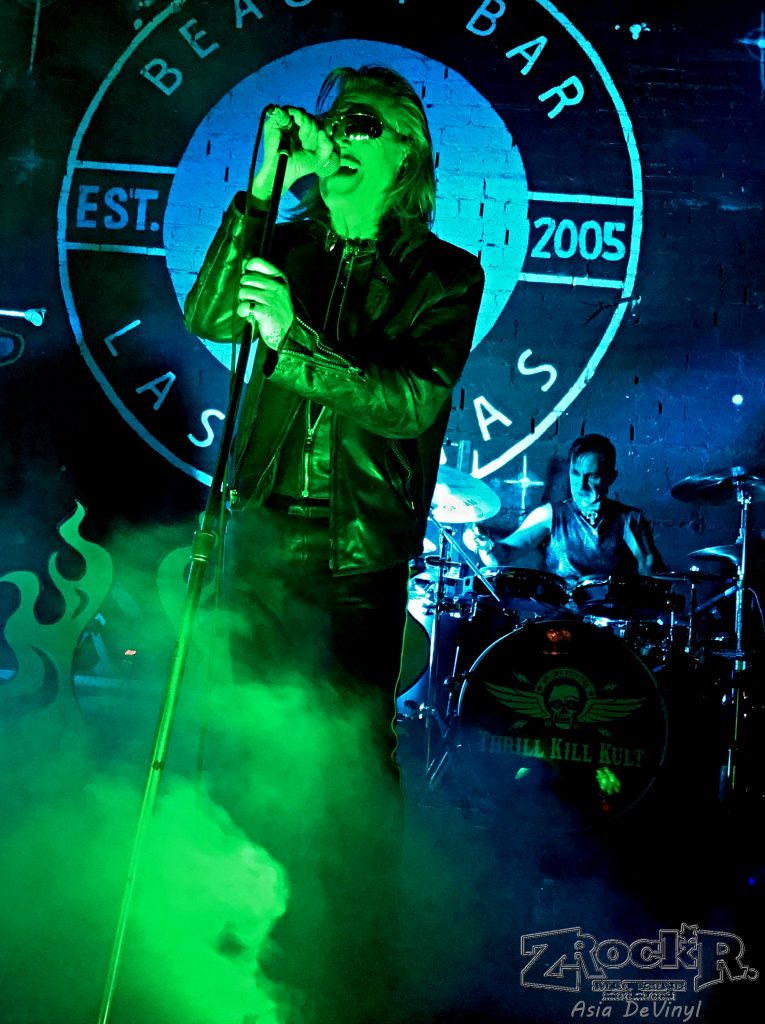 Layering samples taken from sexploitation and B rated horror movies over pulsating beats and adding twisted and digitally warped vocals, the results are what you have always hoped to hear on the dance floor inside the bordello in Tim Burton’s Beetlejuice. Long loved by the rivetheads and Goths alike, they have found some commercial success as well by appearing on the soundtracks for feature films “The Crow” and “Cool World”. 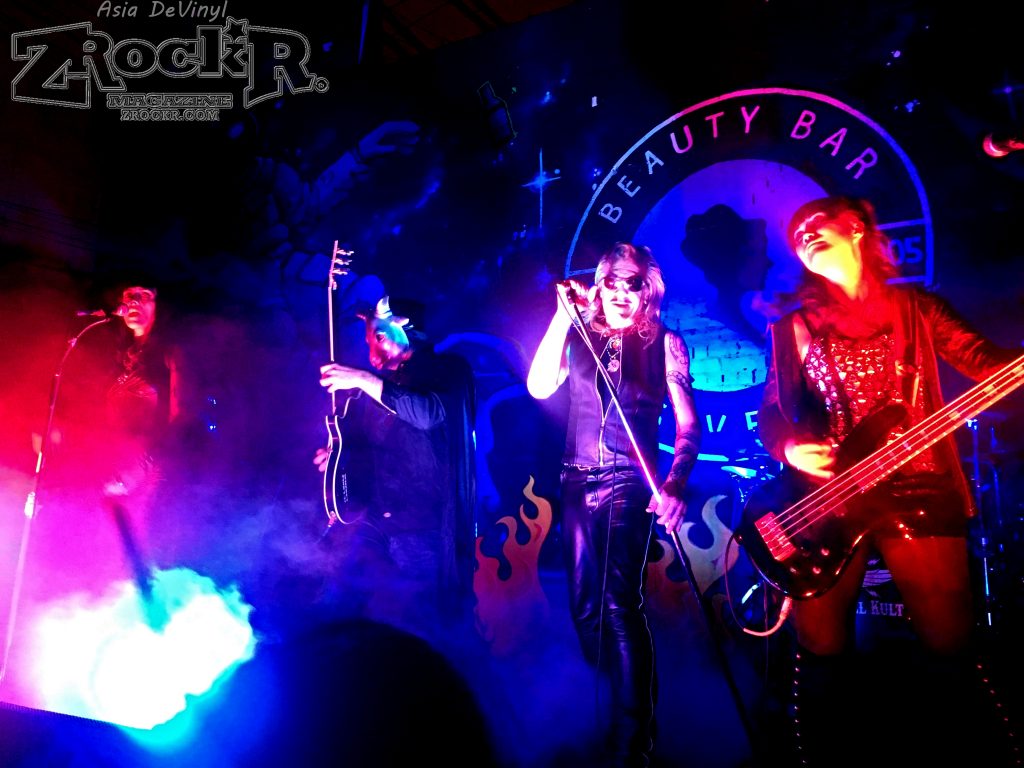 Mimi Star (bass), Bradley Bills (drums), and “Bomb Gang Girl” Arena Rock (backing vocals) all brought their delicious aesthetics in shiny club gear, stompy boots, and eyeliner, and we knew that like us, they haven’t given up the ghost either. The crowd went wild when Groovie Man took the stage and our favorite songs, songs that we’ve all been listening to in our cars and bedrooms for 30 years, blasted us right in the ears, eyes, and dancing feet. Screams and hands shot up from the crowd with the opening baseline of "Do You Fear For Your Child?", and the enthusiastic thrusts of energy repeated endlessly through "Kooler Than Jesus", "And This Is What The Devil Does", "Daisy Chain For Satan", "The Days Of Swine And Roses", "Devil Bunnies", "After The Flesh" and the kicker: "‘Cuz It Hot".

The band sounded fantastic. The show was raw, filthy, and oh so much fun! I saw Thrill Kill Kult in the early 90’s and while I was just as excited to see them then, I wasn’t nearly as satisfied as I was this time. They left us all breathless and redeemed themselves as a performing band in my eyes ten times over. Thank you to Beauty Bar and Patrick Pulsar Trout for bringing this great show to Las Vegas and saving me the drive to Los Angeles. However, the show was so great, it would have been worth it! 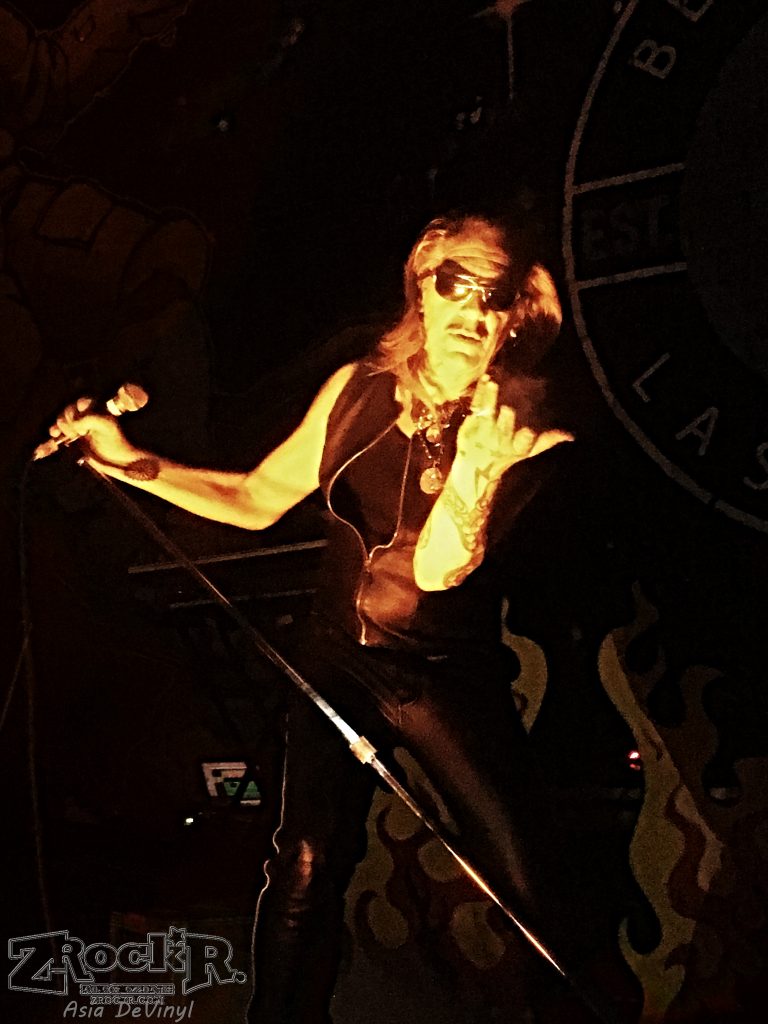