Home›Reviews›Megadeth and A Friend A, Foe at The Pearl

Megadeth and A Friend A, Foe at The Pearl

I’ve probably seen Megadeth live more often than any other band with the one exception being Slayer. What’s also interesting, at least to me, is Megadeth is one band I’ve never seen twice in the same venue. From The Joint, and the House of Blues, to the Thomas & Mack Center, and most recently The Pearl inside the Palms.

This also happens to be my first time even at The Pearl. The first show I ever looked into seeing there years ago now, also happened to be Megadeth. Since I was a teenager, paying for concert tickets first with my allowance, and later money made from a shitty part-time job I took, one look at the price of a ticket and said “Fuck that shit”. 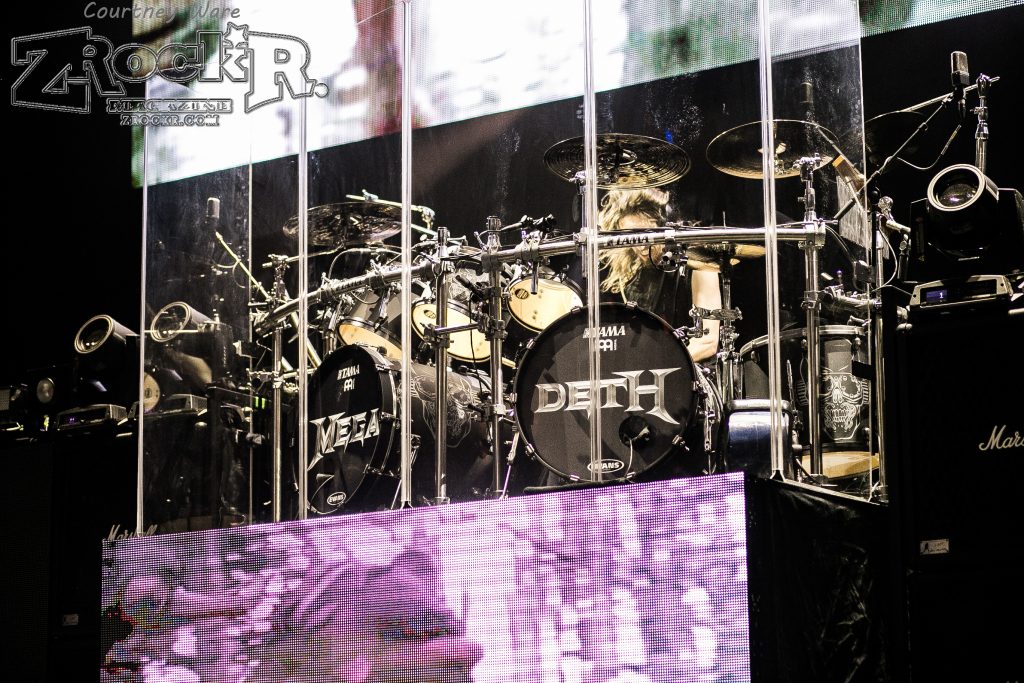 Opening up for Mustaine and band is A Friend, A Foe my personal pick among of local acts that I wrote about early this Summer for Las Rageous. Congrats to these guys for sharing the stage with such a legendary act. I’m definitely happy to see local bands share the stage with long established bands. Something that was seemingly much more rare ten years ago.

Skipping straight to Megadeth, it’s rather strange that they use the intro from the Risk opener “Prince of Darkness” to get the audience ready for the band to take the stage. Especially since I remember the first time I saw Megadeth they had used Ice T’s “Shut Up, Be Happy” featuring Jello Biafra of Dead Kennedys fame doing a spoken word piece of a government stooge speaking to the public in a dystopian shit hole over the main riff from “Black Sabbath”. In comparison “Prince of Darkness” reminds long-time fans of repressed memories that album that was what it’s called. If Risk is your favorite Megadeth album I hope you enjoyed this since they wouldn’t be actually playing any deep cuts from that album. Or anything for that matter.

The setlist was as you might expect, classic thrash metal anthems “Peace Sells", number one hit “Trust”, most of 1990’s Rust In Peace, and even “Mechanix” with Nascar footage playing in the background. What omissions were there? Nothing written during the time David Ellefson wasn’t in the band. As I’m not a huge fan of most of those albums, no real loss in my mind. 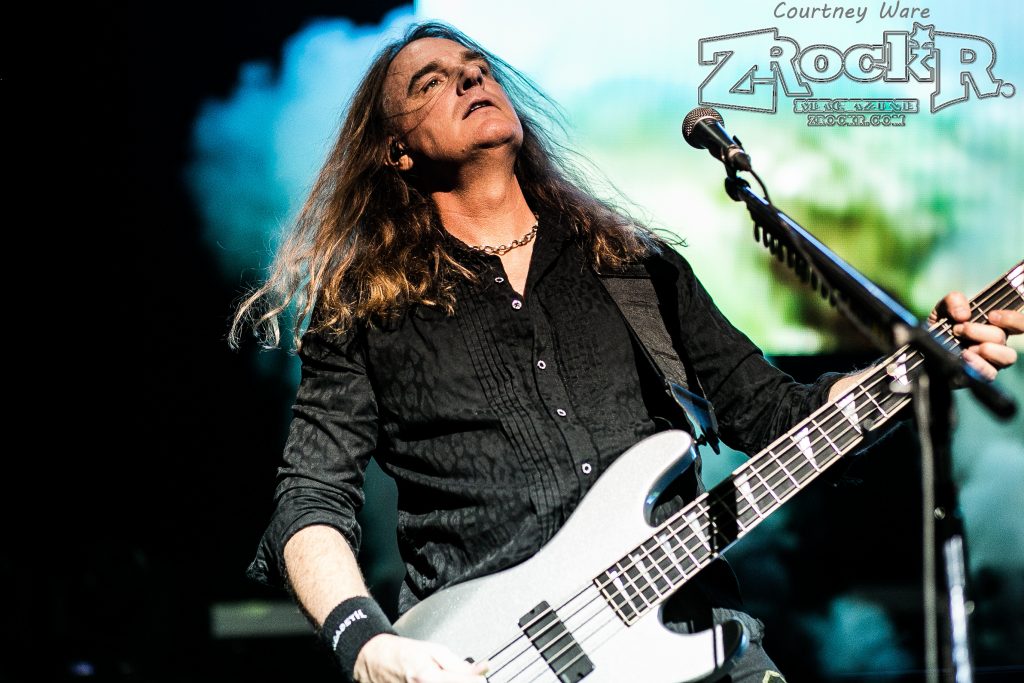 That said, I’m happy to finally say I’ve gotten the chance to see Junior play on stage with Megadeth. Took me long enough yeah? Rounding out the band are Kiko Lourerio on lead guitar and Dirk Verbeuren on drums. Though it’s Chris Adler who’s featured in the animations played during tracks from Dystopia.

So, there are some of my thoughts on the fourth time seeing Megadeth, how did it stack up? Hmm… Cooler than my first time seeing them in 2005, but not as awesome as the first two Gigantour shows. Though that shouldn’t count though really.

Before I let you go, during the show Dave Mustaine took a moment to talk about the Mandalay Bay shooting when some ass hole put his two cents in, Mustaine asked him how his Mother let him out that late. Classic Mustaine right there. When many bands chose to cancel their Las Vegas dates following the tragedy, Megadeth was one of those bands who realize that  the people of Las Vegas really needed this. 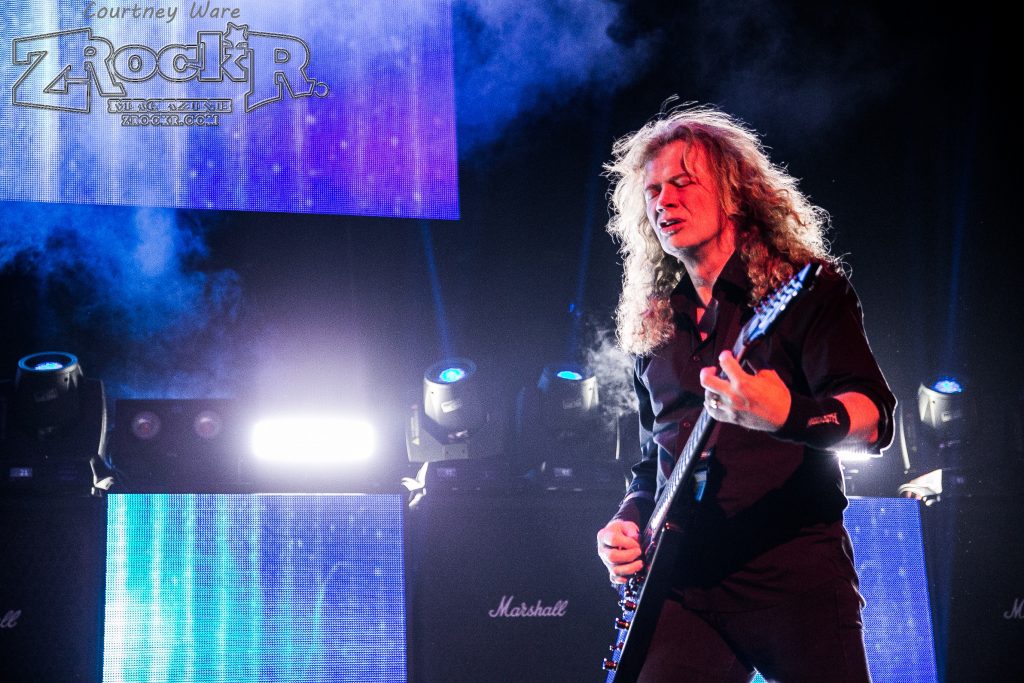