Home›Movie Reviews›A Wrinkle in Time - A Big Budget and Diverse, Talented Cast Can't Save it...

A Wrinkle in Time - A Big Budget and Diverse, Talented Cast Can't Save it...

A Wrinkle in Time is directed by Ava DuVernay, and is based on the novel of the same name by Madeleine L'Engle. It stars Oprah Winfrey, Reese Witherspoon, Mindy Kaling, Gugu Mbatha-Raw, Michael Pena, Storm Reid, Zach Galifianakis, and Chris Pine. It is the second film adaptation of this story following a 2003 made-for-TV film.

Meg Murry is a middle school student that is the daughter of two scientists, who has become a depressed outcast following her father’s disappearance. Once night, she and her adopted brother, Charles Wallace, are visited by a mysterious woman who seems to think that her father is still alive. Along with classmate Calvin, the group sets off on a rescue mission across the universe, but not surprisingly, meet with unexpected obstacles.

There’s a lot of admire about A Wrinkle in Time, namely its racially diverse cast and crew, including director Ava DuVernay, who with the release of this film, has become the first African-American woman to direct a film budgeted at nine figures. The cast includes everyone from Oprah Winfrey to up-and-coming stars like young Storm Reid. Unfortunately, as someone who watches the film will learn the hard way, these attributes, admirable as they be, do not automatically make the movie good. The film suffers from an overlong run time, a lack of chemistry in its actors, poor pacing, and a general feeling of dullness and lifelessness despite its massive budget and impressive CGI work. Many elements from the book have been truncated, as well. 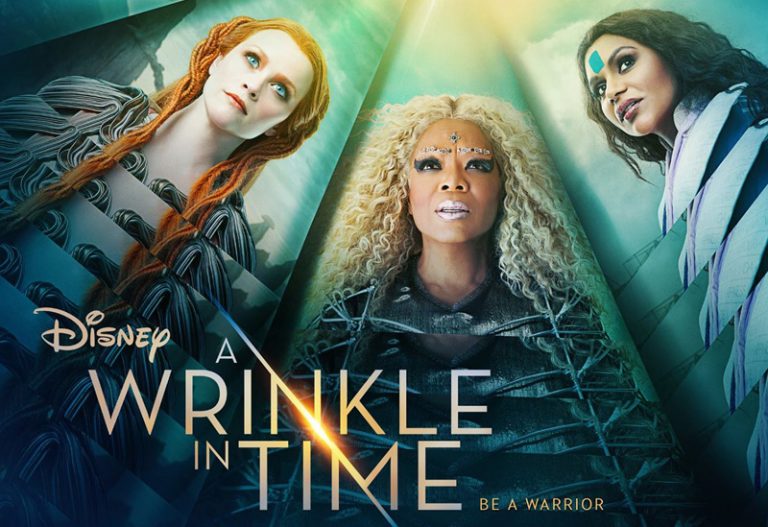 Where did A Wrinkle in Time go wrong, with so strong a cast, so big a budget, and strong source material? One of the first issues is with the cast. Almost no one in the film has any chemistry with one another. This is strange, when you consider the names that have been pulled together for the movie. Storm Reid is certainly likable, but there are limits to what anyone can do with this source material, I do believe, however, this girl will go on to good things in the years to come, and have at least one critically-praised performance down the road.

That said, things aren’t a total loss with the cast. Reese Witherspoon manages to get off a few comical one-liners. Oprah Winfrey probably gives the most heartfelt, genuine performance of the movie, and it’s a shame she’s not in the movie more despite having top billing. Michael Pena and Zach Galifianakis get a few highlights in their brief scenes, but ultimately feel wasted here (Galifianakis, for instance, is only in one scene). The same can be said of Chris Pine, though he serves his purpose well enough.

The overall pacing and execution suffer, too. There are random flashbacks that drag on and feel out of place, with content that could have been explained with a few simple lines of dialogue. At times the script feels a little too literal (for example, “Charles Wallace” is always referred to by both of those names). Much of the movie feels like filler that is unnecessary and doesn’t impact the main plot. As was previously stated, many elements/characters/etc. are excised from the adaptation.

You can throw hundreds of millions and a great cast together, but it doesn’t always work. A Wrinkle in Time is a sad misstep despite the talent of its cast and crew, and is likely to bore both kids and adults despite its good CGI work. Skip it, or rent it when it gets a home release if you’re curious.

DISCLAIMER: Images in this review are the property of their respective copyright holders, including Walt Disney Pictures and Whitaker Entertainment. For promotional purposes only. All rights reserved.