Tomb Raider is directed by Roar Uthaug, and stars Alicia Vikander, Dominic West, Walton Goggins, Daniel Wu, and Kristin Scott Thomas. It is the third film based on the video game series of the same name, following two films in the early 2000s starring Angelina Jolie, and is a reboot of the film franchise.

When Lord Richard Croft, a famed archaeologist and business man, goes missing, his daughter Lara, who lives a carefree, extreme lifestyle, sets out on an adventure to learn the truth about her father, and whether or not he still lives, despite public belief that he has died long ago. Enlisting the help of a ship captain in Hong Kong, she sets sail for the island off the Japanese coast where Richard was last doing research, but things take a turn for the worst when she runs afoul of an old rival of her father, with his own sinister motives in mind.

Video game adaptations of films don’t have the best reputations. With blunders like Super Mario Bros., Street Fighter, Double Dragon, and countless newer ones that are equally bad, it makes fans wonder if any game franchise will ever be done justice on the big screen. And while I doubt anyone was begging for a new version of Tomb Raider following the two films with Angelina Jolie, it’s a competently-made action-adventure film, even if it’s derivative and predictable. 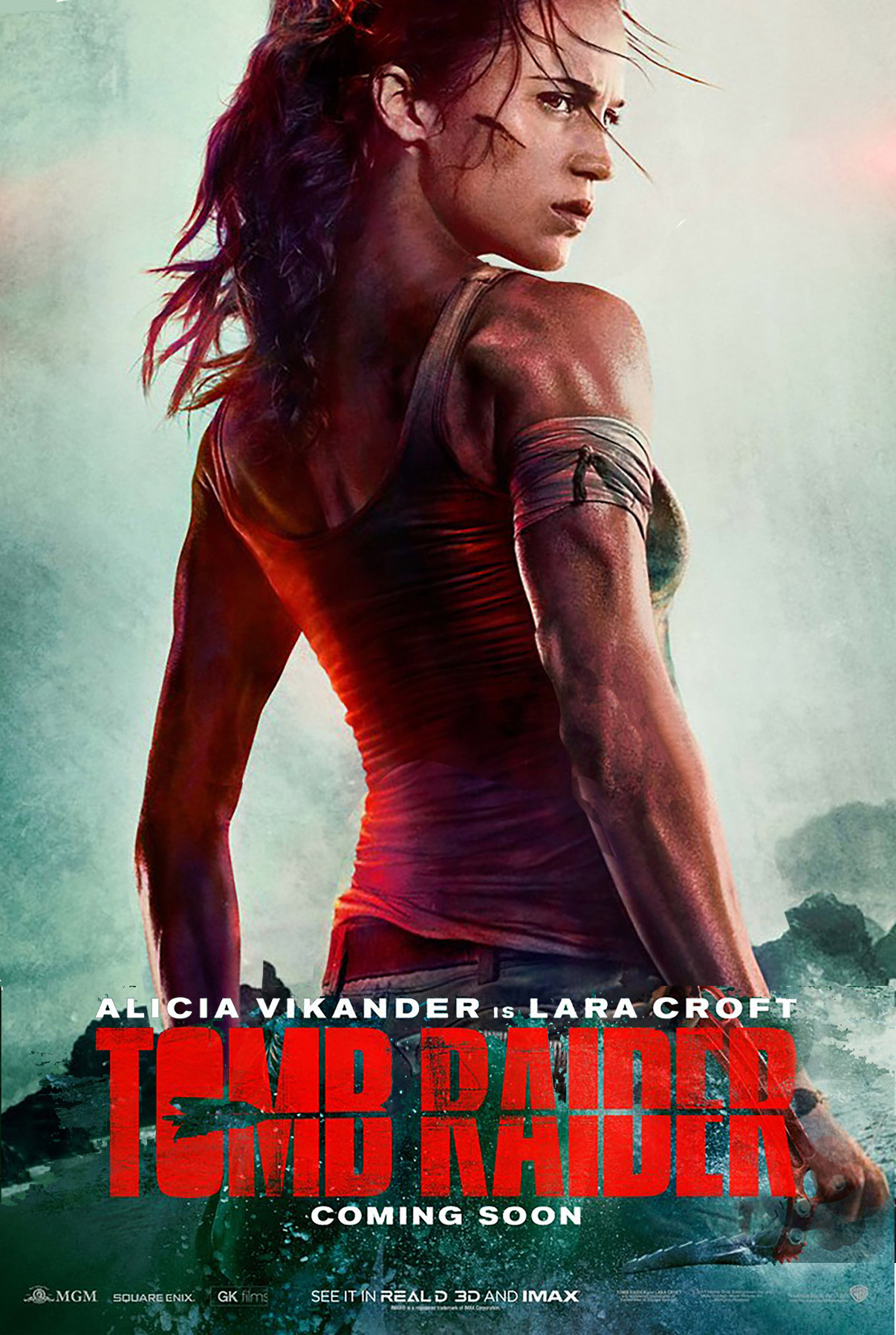 The one place I don’t think people will argue is the casting of Alicia Vikander as the younger version of Lara Croft. She brings a charisma and a presence to this role, and makes herself the best part of the movie. When you’re adapting a property like this to film, everything is riding on the leading actor or actress, and Vikander fills the role perfectly. Even if the film itself is nothing great, I’d be willing to see a sequel (which this movie seems intent on setting up) on the basis of her talent in this role alone. The supporting cast is not as memorable, although Dominic West and Walton Goggins get in some memorable moments as Richard Croft and a rival archaeologist, respectively.

Sadly, the overall narrative drags and struggles in the movie’s two-hour run time. The first act of the movie feels like a different property altogether despite a few fun action scenes. Following that, the movie devolves into “action scene, little bit of plot. Action scene, little bit of plot,” and so on. A plot twist about halfway through the movie and its ultimate resolution near the climax feels ripped off from another video game, Ninja Gaiden (the original NES game). By the time the film reaches its climax, characters (including Lara) begin making stupid, mindless decisions left and right. It doesn’t help that the third act of the movie largely ends up feeling like a poor man’s Indiana Jones, albeit with none of that franchise’s signature humor and memorable characters.

Tomb Raider finds a fantastic lead in the form of Alicia Vikander, but even she can’t save the movie from being an overlong and unremarkable (albeit competently made) action-adventure picture. It certainly isn’t the worst action experience you can have at the movies, but it isn’t going to change anyone’s perception of the negative stigma towards video game films, either. Just wait and rent it after the home release.

DISCLAIMER: All images in this review are the copyright of their respective copyright owners, including Metro-Goldwyn-Mayer (MGM), Warner Bros. Pictures, GK Films, and Square Enix. For promotional purposes only. All rights reserved.