Home›Movie Reviews›Kings: Despite Its Good Intentions, One of the Worst Films of the Year....

Kings: Despite Its Good Intentions, One of the Worst Films of the Year....

In 1992, amidst the turmoil of the Rodney King riots, Millie Dunbar is a single mother raising many children who find themselves getting into trouble and mischief, and who constantly is at odds with her neighbor, Obie Hardison. As her children find herself in trouble and caught up in the chaos of the riots, the two neighbors become unlikely friends in the face of chaos.

I was not familiar with director Deniz Gamze Erguven prior to seeing this film, but she apparently had one critically acclaimed film to her name prior to this. Unfortunately, Kings doesn’t come close to being a critically acclaimed film. Hell, it’s not even a watchable film. What was supposed to be a touching story of people coming together in one of the most chaotic and turbulent times and places in American history, instead, becomes an insensitive laugh riot of a movie that misses the boat in every conceivable way. 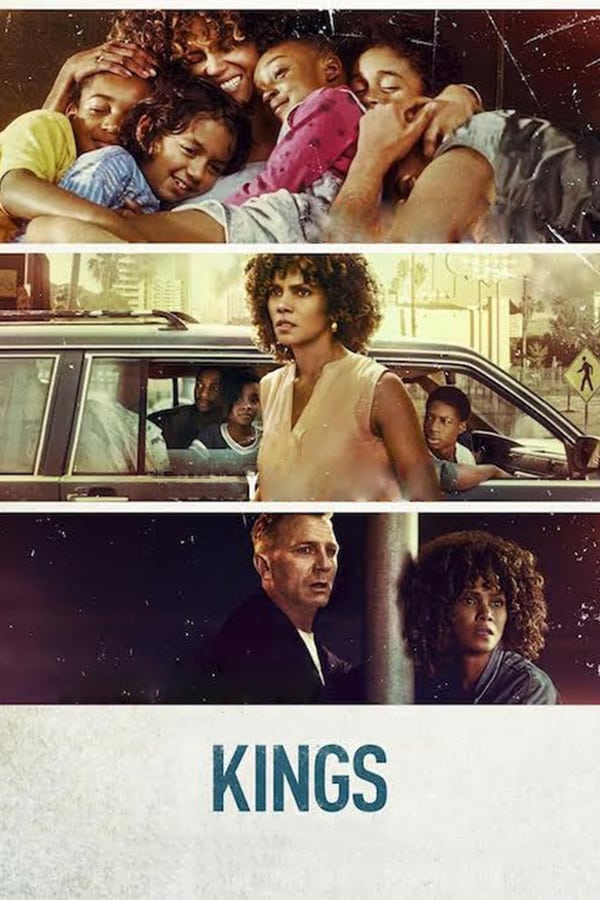 The title of the film is extremely misleading. This would imply a film about Rodney King himself, or possibly those closest to him. Instead, the riots are simply used as a backdrop for a painfully generic story. I learned nothing whatsoever about Rodney King, or even the trial itself aside from the basics, and what I already knew coming in.

Arguably the single biggest flaw of Kings is its inability to produce even one sympathetic character. The film opens with a teen shoplifting from a store, and being promptly shot by the storekeeper, sparking outrage (what did they think was going to happen?) We see older brothers teaching their younger siblings how to steal. We encounter a teen girl who leads a lifestyle of debauchery and has sex with a fellow delinquent. We see young kids cursing, joining the riots, robbing from stores. A family is starving, and the one child who earns money in a legitimate fashion brings home a Super Nintendo, rather than the food they’re short on and need to stay alive.

We’re supposed to sympathize with these people?

One of the greatest ironies here is that a film, meant to show the struggles of African-Americans in Los Angeles in the time of the 1992 riots, paints them out to be unsympathetic, one-dimensional savages who do nothing but steal, riot, commit crimes, and cause problems. The portrayals here are so offensive that I truly hope African-American audiences boycott the film. It’s disgraceful and disgusting all around, failing to produce a single likable character or relatable person. Hell, Black Panther, a fantasy/sci-fi superhero film, did a better job with racial and social commentary.

The film’s tone shifts wildly, with much of the movie feeling more like a comedic sitcom set in an urban area, having more in common with Parenthood than a gritty drama. Halle Berry and Daniel Craig are billed as the stars of the film, yet are absent from it for long stretches. The younger cast members do the best they can with the material, and I’m certain some of these actors and actresses in the making will go on to successful careers. It’s just too bad they aren’t given a better script or more relatable material. The rest of the movie fluctuates between everything from a really bad dream sequence that feels like something out of Fifty Shades of Grey, to a fast food worker’s speech that essentially feels like a Burger King commercial. Additionally, it seems like no one told Daniel Craig he wasn’t playing James Bond in this film.

Easily one of the worst, if not the absolute worst film I’ve seen this year so far, Kings completely misses every mark it aims for. Unsympathetic characters, racist depictions of African-Americans, and a tone that fluctuates between sitcom and brutality make it a disaster from start to finish, not to mention long stretches of the film don’t have the two leading stars in them. There are some promising young actors here, but the movie is derailed by an endless number of flaws. Skip it.

DISCLAIMER: Images in this review are the copyright of their respective copyright holders, including, Bliss Media, CG Cinema, Maven Pictures, and The Orchard. For promotional purposes only. All rights reserved.