On July 13th, 2018 Real Friends are releasing their next studio album titled Composure via Fearless Records. They are a pop punk band from Illinois, and this is is their third full length album.

Pop punk sometimes gets this cliche reputation about being just about nonsensical and immature topics. Maybe back in the early 2000's, this would be mostly true. Bands that are growing within this genre have matured though...

Real Friends opens up "Composure" with a track called, "Me First." The upbeat easy to listen to tone is set immediately by this opening track. However, don’t let the upbeat tones and melodies distract you too much, the record talks about personal mental health and life issues throughout the entire run. From maybe dealing with some narcissistic friends, to the struggle of living in a facade as described in the first single released for this album is called, "From The Outside". The upbeat music is almost a mask. There's nothing wrong with that, though. It's easy to listen to depressing lyrics and really take them in when they're sitting on top of upbeat guitar tones and fast punky drum beats.

I’ll admit that I had never heard of this band prior to being sent this record. However if given the chance in the pop punk/post hardcore scenes, I think these guys could definitely thrive. With being on a label such as Fearless, they absolutely have the opportunities to grow into the ever changing niche that is pop punk.

Real Friends is directed towards fans of Brand New, Taking Back Sunday, Saves the Day, etc.

More info, records, and merch can be found here: http://realfriendsband.com/ 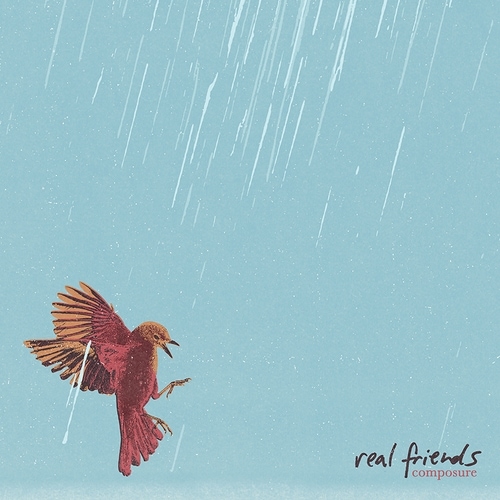