Home›Reviews›Phil X and the Drills, With Special Guests on Stage at Vamp'd!

Phil X and the Drills, With Special Guests on Stage at Vamp'd!

On August 3, 2018, Phil X and The Drills played Count’s Vamp’d, with special guests.

Phil Xenidis, better known to the world as Phil X, has long been an unsung hero of the world of rock and roll. He’s probably best known to modern audiences for replacing Richie Sambora in Bon Jovi, and was previously known for serving as a replacement player for Triumph guitarist Rik Emmett, performing on their underrated 1993 album Edge of Excess. His past session work has covered everyone from rock stars like Alice Cooper and Rob Zombie, to pop singers like Avril Lavigne and Kelly Clarkson, further showing off how diverse a musician he is. 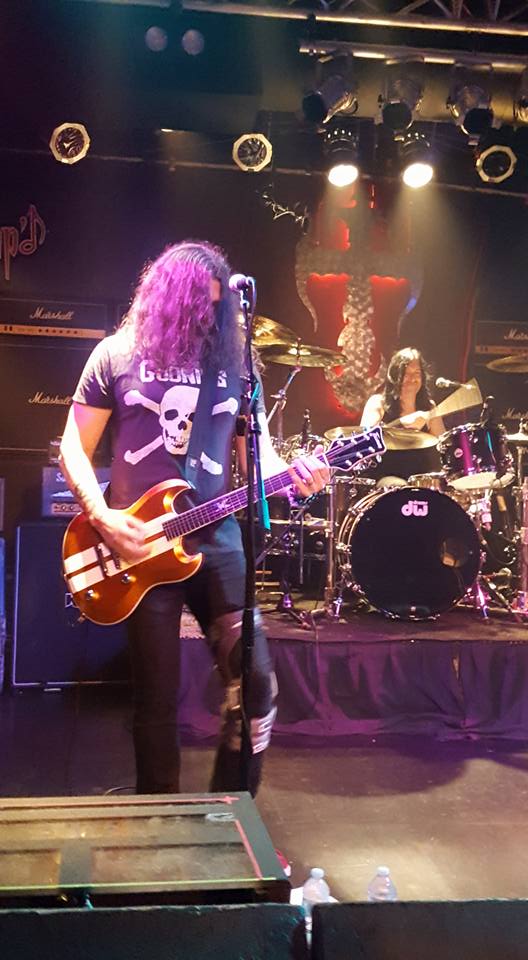 The Drills is Phil X’s own band, though I admittedly was not familiar with them prior to this evening. But the prospect of getting to see Mr. X play live, with special guests no less, in the intimate rock and roll setting of Vamp’d, was certainly not something to be missed.

Right from the get-go, it was clear Phil and his rock and roll trio, including Slash drummer Brent Fitz, were more than up for the task of rocking the venue. The purpose of the evening was to celebrate the 21st birthday of Gage, Phil’s son, who tribute was paid to through a video during the show’s intermission. It was a fantastic collection of clips for this rock guitar god to celebrate the life of his son with, and definitely added something to what was already a fantastic evening. 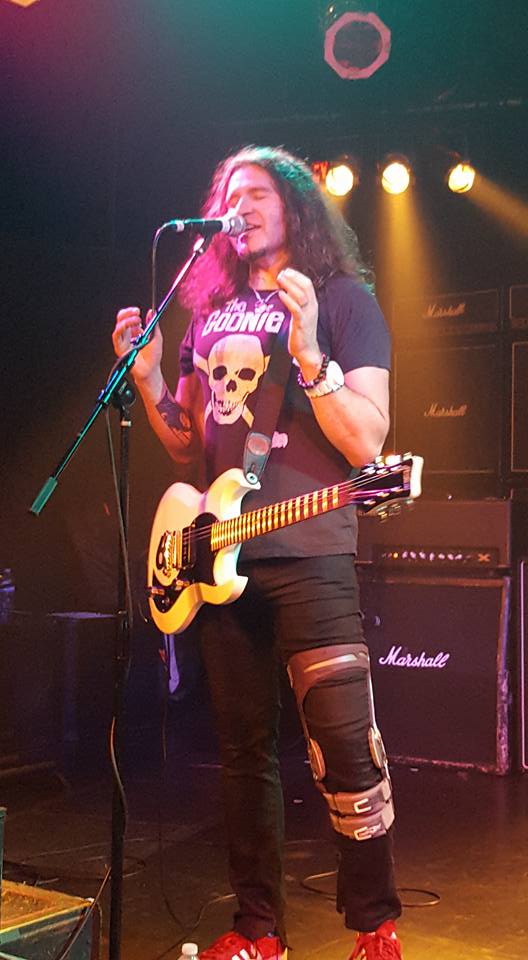 As for the music itself, the gig was divided into two halves; a longer first half comprised primarily of Phil X and The Drills originals, and the second half consisting more of classic covers (with a few exceptions in each set). I’m well aware of Phil X’s talent on the guitar, but getting to see him do his thing up close and personal showed off just how skilled he really is. While technically proficient, he still clearly has fun with his music, as demonstrated with more comical song titles like “Stink” and “I Wish My Beer Was as Cold as Your Heart.” The trio definitely has a strong sense of chemistry, and plenty of fun on the live stage. The second half, of course, brought on the covers, including classic tunes given new life thanks to this criminally underrated axeman. 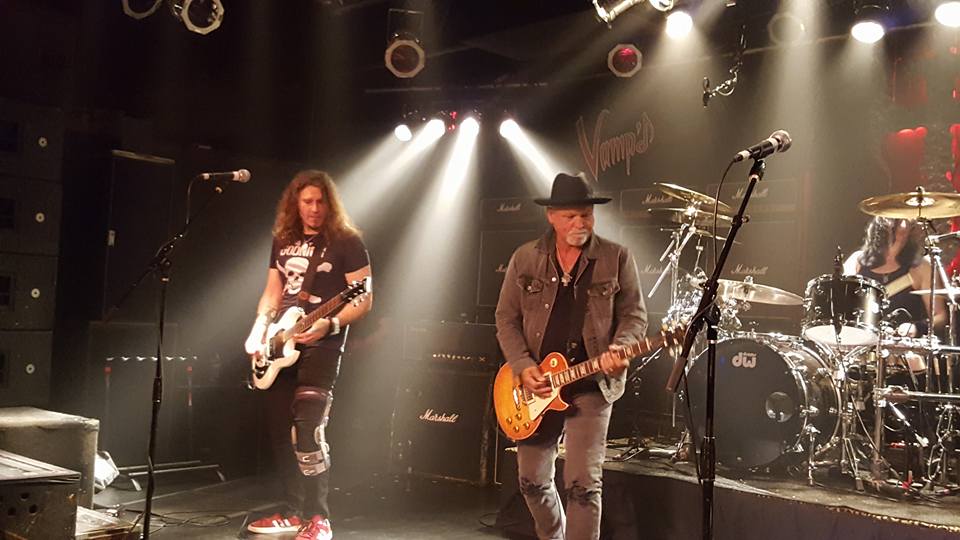 While the card for the show claimed it was “plus special guests,” the number of guests who played was, disappointingly, a little on the small side (I saw one of the Nelson Twins hanging out in the audience, though sadly, he didn’t take the stage). Fortunately, these limited moments still stood as some of the best moments of the show. Easily the absolute top moment of the gig was classic Ted Nugent vocalist/rhythm guitarist Derek St. Holmes taking the stage for killer renditions of classic Motor City Madman cuts “Stranglehold” and “Just What the Doctor Ordered." (St. Holmes, not Nugent, did the lead vocals on the original recordings of these songs.) Mr. St. Holmes has long been the unsung hero of much of Ted Nugent’s career, and it’s great to see him still up on stage doing his thing (if you’re fan of the classic Sweaty Teddy albums he played on, you owe it to yourself to check out his work with St. Paradise, Whitford/St. Holmes, and The Michael Schenker Group’s Built to Destroy and Rock Will Never Die records; his talents go way beyond his work with the Nuge!) 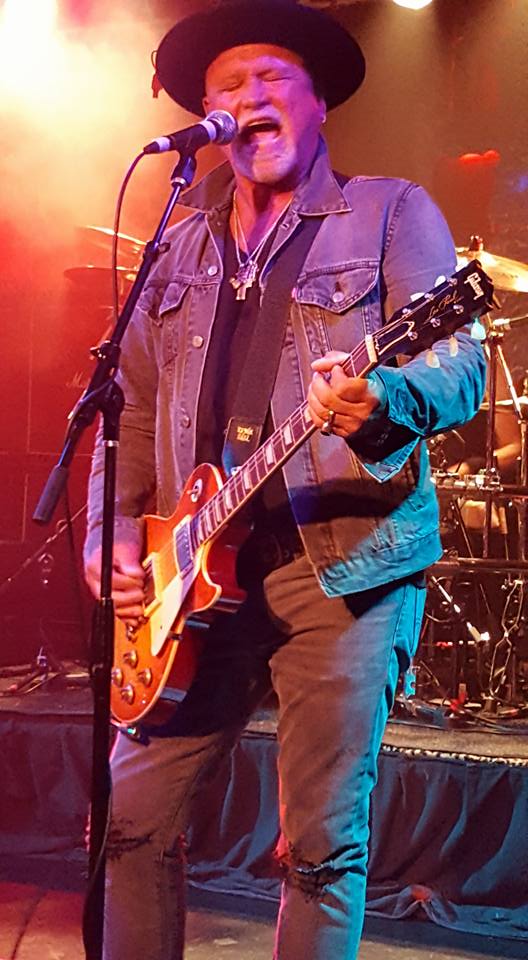 The guest in the second half is one who’s familiar to rockers in Vegas and beyond – the mighty Todd “Dammit” Kerns! Like drummer Brent Fitz, he’s a part of the Slash Band, though Las Vegas rock and roll fans will always remember him for being the longtime vocalist/guitarist for the Sin City Sinners (he’ll be doing an Original Sin show with his fellow former Sinners at the end of August). The Kerns-fronted incarnation of the group gave audiences some more fantastic rock and roll, including the evening’s obligatory KISS cover, which this time happened to be “Detroit Rock City.” It was a long evening, yet there wasn’t a single dull moment in the mix, with The Drills originals being some of the biggest surprises of the night!

Phil X kicks ass. The guy deserves all the credit in the world and then some, and this kick-ass rock trio with limited but fantastic special guests made it a night to remember. The next time Phil X takes the stage, if he’s in your neck of the woods, get yourself there. 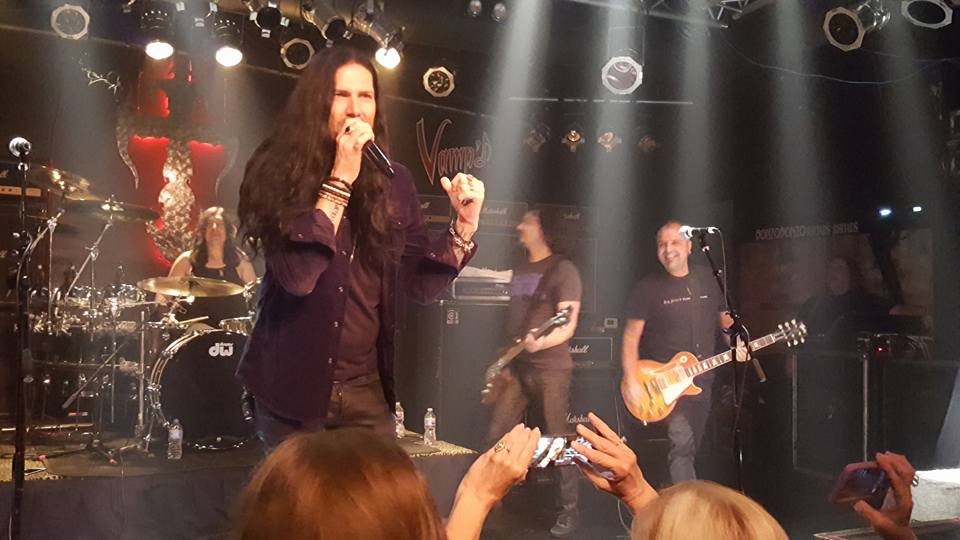 Also recommended: The film Hired Gun, which featured interviews with Phil X and Derek St. Holmes about their status over the years in the music business.

All photos by David Childers. Used with permission.