Three years have passed since Adonis Creed, illegitimate son of Apollo Creed, lost his bout with “Pretty” Ricky Conlan. Creed defeats former rival Danny “Stuntman” Wheeler to become World Champion, but soon encounters an unexpected new challenge. Ivan Drago, the Russian boxer responsible for Apollo Creed’s death, lives in disgrace following his loss at Rocky Balboa’s hands three decades prior. He has been training his son, Viktor Drago, in an attempt to reclaim his former glory. Adonis plans to marry long-time girlfriend Bianca, with the two of them expecting their first child. Further adding to complications, Rocky opts not to train Adonis for the bout. Will Adonis, a man who now has plenty to lose, triumph over the son of his father’s killer, or will he find himself on the receiving end of an unexpectedly deadly opponent?

Creed II is to the Rocky franchise what Jurassic World: Fallen Kingdom is to the Jurassic Park franchise – a movie that shamelessly rehashes plot points from older installments, dusting them off to try to create something new from those older installments’ elements. There isn’t much original about Creed II, and it’s predictable as hell. But guess what? Against all odds, it’s still an enjoyable film. 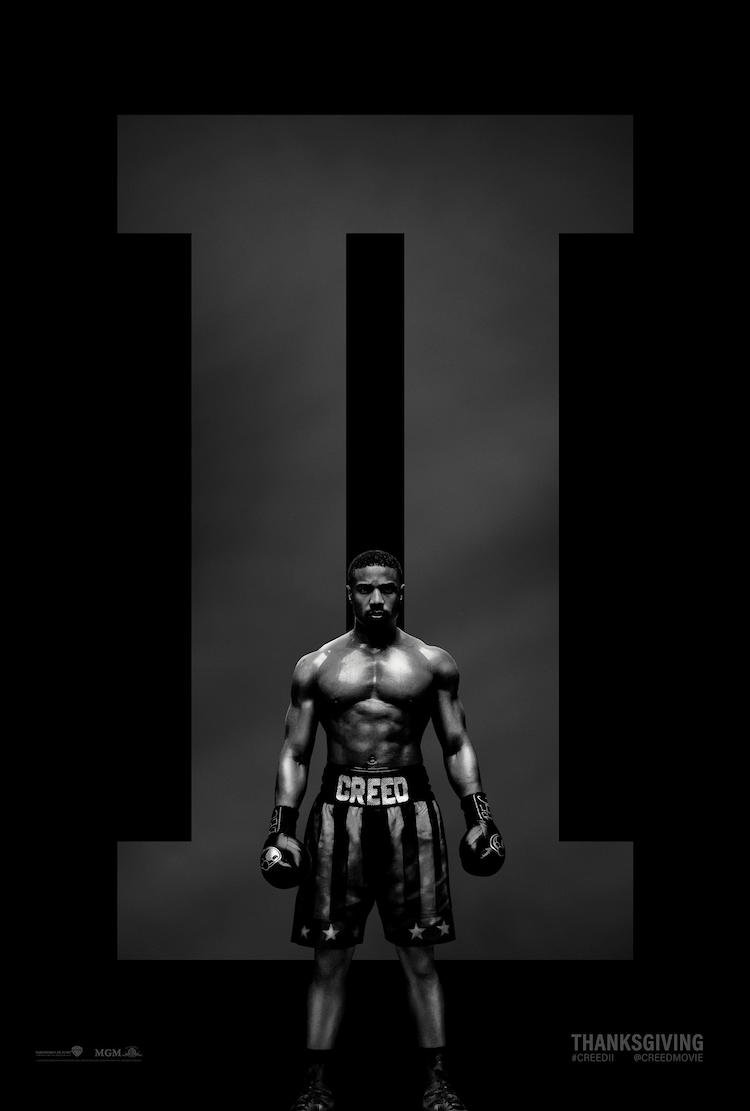 As always, the casting is superb. Michael B. Jordan has found his career-defining role in the form of Adonis Creed. Seeing the character evolve and deal with his rapidly-changing life, both in and out of the ring, was a highlight the first time around, and it’s a highlight here again. He’s an imperfect and flawed character, yet director Caple, replacing Ryan Coogler, manages to make us care about the young hero. Sylvester Stallone reprises his role of Rocky Balboa, which he’s played since 1976, this being the eighth cinematic appearance of the character. He takes more of a backseat to the evolving Adonis story here, in essence passing the torch, and while I wanted to see more Rocky, I respect the decision here. Tessa Thompson also shines as Adonis’ love interest Bianca, and the supporting cast has their moments as well.

Granted, if you come to a Rocky/Creed movie, one of the main reasons you’re invested in it is the boxing and the training sequences. Rest assured, Creed II doesn’t disappoint in this capacity. We see Adonis doing what he does best in the ring, and the cinematography of these training montages and title bouts won’t let viewers down. No matter how juvenile or predictable the film got, I found myself deeply invested in the matches, and not just any film can do that or have that effect.

One thing I respect about the movie is, despite it covering much of the fallout from Rocky IV, it never quite resorts to that movie’s ridiculous and over-the-top nature. Dolph Lundgren plays a disgraced Ivan Drago, who’s willing to do anything to reclaim his former glory, even if it means pushing his own son to the limits so he may live these dreams vicariously through him. While he could still justifiably be considered a “villain,” particularly in the latter moments of the film, I did find myself somewhat sympathetic towards the character. If the director accomplished that, I’d say he did his job. He’ll always forever be known for his ridiculous over-the-top persona in Rocky IV, but Lundgren is seriously underrated as an actor.

Unfortunately, not every element of the movie fares as well as I’d hoped. One of the biggest disappointments comes of the form of Russell Hornsby playing a sleazy promoter who wants to organize the Creed/Drago fight – but he’s barely in the movie at all! Essentially, he serves the same purpose as Richard Gant’s Don King impersonator from Rocky V, but he lacks that character’s over-the-top personality and never manages to make a real impact in the way that similar character did.

The biggest problem with Creed II is, put simply, it just steals too many plot points from older Rocky movies. The element of marriage proposal and subsequent childbirth is from Rocky II. Viktor Drago’s fighting style and the plot structure of training for a second match are from Rocky III. Ivan Drago is from Rocky IV. As was previously stated, the sleazy promoter character is a rip-off of a far more fun character from Rocky V. The film also gets a bit too busy with its subplots, with some having shoe-horned resolutions that aren’t entirely satisfying; at times the movie is just “too much.” And yet, despite the film’s derivative, predictable, and at times overwhelming nature, I still had a ton of fun.

Creed II is a rehash, no questions asked, but it still gives audiences what they want in the form of a dramatic story and superb training and boxing scenes. I’m personally hoping Creed III, if there is one, will give us a more original story, but for now, this is a surprisingly entertaining film despite its weaknesses. There’s still more than enough here for a moderate recommendation.

DISCLAIMER: All images in this review are the property of their respective copyright holders, including MGM, New Line, and Warner Bros. For promotional purposes only. All rights reserved.