Last in Line – II is the Band’s Second Album!

The death of Ronnie James Dio in 2010 was a critical blow to the hard rock and heavy metal world, as fans and his fellow musicians have continued to mourn his passing. Following the rock titan’s death, two semi-official Dio tribute bands of sorts came into being – Dio Disciples, and Last in Line, the former featuring an assortment of former Dio Band members and some other musicians of the era, and the latter initially featuring the classic Dio Band lineup (sans, of course, Ronnie himself).

II is the second album from Last in Line, produced by Jeff Pilson (of Dokken fame), and it’s long-awaited by fans of these musicians. Does lightning strike twice for the band? What have they delivered with this sophomore effort? 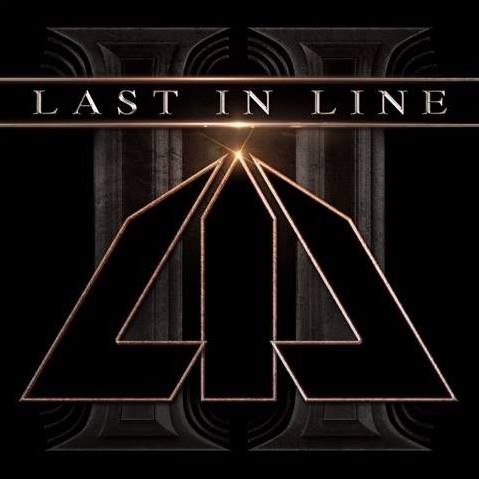 Once again, the group manages to impress. By this point, the band has become largely its own entity, with a sound far removed from that of the old Dio albums the band once paid tribute to (although they still play some of those songs in concert), with the group finding its own voice. It’s a straight-up hard rock album which classic and modern influences alike, and it’s clear these musicians have plenty of chemistry in the studio much as they do on the live stage.

I first became aware of vocalist Andrew Freeman during his stint in the Raiding the Rock Vault classic rock tribute show here in Vegas, and the guy has managed to impress in so many ways with multiple acts. Mr. Freeman rises to the occasion, certainly not mimicking Ronnie James Dio’s singing style, but bringing his own talents to the table. Regardless of what the song requires, he’s at the forefront, ready to deliver.

Vivian Campbell has long been one of the most underrated guitarists in the business, and despite his long-lasting gig with Def Leppard, one might argue that particular gig doesn’t really give him the opportunity to cut loose on his axe the way he once did in other groups, including (but certainly not limited to) Dio. He gets plenty of chances to shine on II, as anyone will discover when giving the album a listen.

The rhythm section gets the job done, too. I seriously can’t count how many bands Vinny Appice’s been in over the years, but it’s a lot, and he’s kicked ass with every single one of them, not the least of which being his work with Ronnie James Dio in Dio and Black Sabbath. This guy goes crazy behind the kit, and once more, he gets plenty of choice moments on II. Bassist Phil Soussan even gets a few moments at the forefront where his bass playing gets the long-overdue attention it deserves.

So, how does the band function together, and how are the actual songs? By this point, it’s clear the band is working as a cohesive whole, with a lineup which works and delivers, both on stage and in the studio. The album includes its share of classic-style heavy metal and hard rock tracks, more modern-driven elements, and some fantastic bluesy cuts as well. The influences come from all over the place, but the group hones them together in something new.

And highlights? The album’s got plenty of them. The instrumental opener is reminiscent of the “E5150” intro to Black Sabbath’s Mob Rules record, and it’s immediately followed by the relentless “Black Out the Sun.” “Landslide” (not a cover of the Fleetwood Mac song) features some of the best guitar work from Mr. Campbell on the album, with a fantastic vocal performance from Mr. Freeman, and the song featuring a slightly more modern influence. Fans of classic hard rock/metal will enjoy what the band pulls off in “Year of the Gun.” And anyone who doubts Phil Soussan’s talents on the bass need only listen to the first few moments of “False Flag.” There really isn’t a weak track in the batch!

Last in Line returns with II, and the results more than satisfy. Fans won’t be disappointed with what the group pulls off the second time around. Highly recommended!