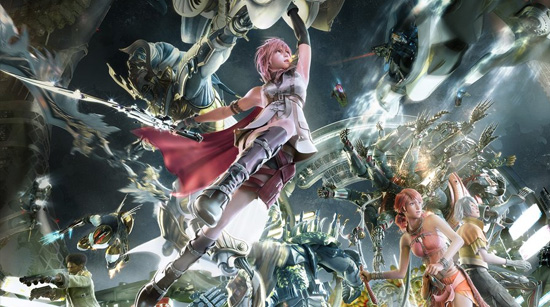 When Final Fantasy 13 came out in 2010 world wide, no one was expecting the game to have a sequel given the ending of the game itself. So imagine our surprise when not only was Final Fantasy 13-2 announced, but a teaser of Claire “Lightning” Farron, the main protagonist of FF13, in an unknown place wearing some pretty kickin' new armor, was shown and a release date . Everyone whom was a fan of the original game was interested in knowing more about the game that was coming so soon after FF13.

Imagine our surprise when it was discovered that instead of playing as Lightning, we'd be playing as her little sister Serah Farron and her new sidekick Noel Kreiss, an original character created for this game. You see, Lightning has mysteriously disappeared from the time-line and from peoples' minds, as if they forgot she ever existed, and only Serah believes that Lightning is still alive and out there somewhere, this was confirmed when she had a dream one night showing Lightning fighting a mysterious foe.

The game starts in medias res with you briefly playing as Lightning in Valhalla. The events that unfold during this segment are a battle against a bevy of monsters and a mysterious man named Caius Ballad, a figure whom plays a key role in the main story of FF13-2. Upon completion of that segment, Lightning sees Noel falling from the sky, grabs him and sends him back in time to find Serah and bring her to Valhalla. You are then thrust into New Bodhum, 3 A.F. which is short for“After the Fall”, a means of measuring chronological time in this game. Whereupon the main quest begins.

From here you see events through the eyes of Serah, Lightning's younger sister. The next day, monsters attack the village of New Bodhum, and Noel ultimately introduces himself after assisting her. Believing his story that he is from 700 A.F., knows Lightning, and in his timezone the world is dying, he being one of the last humans to remain in the world, Serah goes in search of her sister throughout what is known as the Historia Crux, basically a gateway to different areas in different timezones throughout the game, all the while meeting new and familiar characters throughout the duration of the main quest. The quest goes much deeper than simply finding Lightning though, through many twists and turns you find out that your ultimate goal is to prevent a catastrophic disaster from happening by fixing the time line to the way it should be, and resolving all the paradoxes that were never supposed to happen. 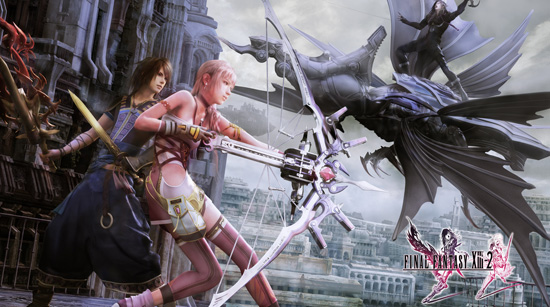 The key differences in FF13-2 present themselves while playing, and when compared to the original FF13 are like night and day. Those whom played FF13 know what I'm talking about when I say that it was linear for a long time, at times feeling like you were walking an endless corridor, not much to explore and you couldn't change the leader until later on in that game, and especially seethed with anger when the leader character you were controlling died because that meant game over. Having to start a potentially difficult battle all over again and leaving you wanting to break something. Also, enemies appeared in the same place, battles were not random at all. The story also ceased for a long time after you finally got to the world known as Gran Pulse and you had to grind for a long time just to take on the final boss. On other wards, the game just pretty much sucked.

All these things were pretty much rectified in a huge way in FF13-2. As opposed to being confined to a corridor like you were for a majority of FF13, the game has plenty of space for you to explore and check out, and the non-linearity is played into with the Historia Crux, you can actually go back and repeat an event if you so deem necessary, and travel to either the same place or a different location, located in a different year. It's pretty cool seeing areas from FF13 transformed, either not so much, or drastically from the original, top that with several new places to check out, with some of the said new places being absolutely breath-taking to not only explore, but to even stand around and simply gawk at. It's safe to say this tops the original in many ways. There is plenty going on graphically, this game doesn't disappoint in the slightest with that at all. 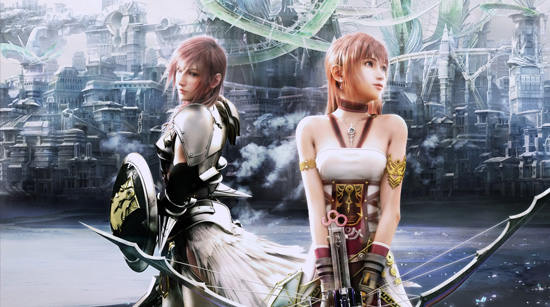 Both FF13 and FF13-2 use the same graphics engine, Crystal Tools as called internally by Square-Enix, and both games do have excellent graphics, trust me when I say that FF13-2 has areas that eclipse FF13. When you get to a place in the game known as Academia 400 A.F. or 400 years after the fall on the fictional time line of this game, I won't say when in the game you explore it, but I will say that it is simply amazing to look at.

Also, instead of gaining six characters in your final party, you end up in control of only two throughout the game. However, to make up for this, you have the ability to randomly capture monsters as allies. The job and the paradigm shift systems return from the previous game, and this even plays into the monster allies you capture throughout the duration of the game itself as the monsters you capture have jobs and abilities that can be of great use to you if you level them up using the items needed to increase their stats.

The battles are semi-random, meaning you don't know when you'll run into monsters in the field, but when you do you have the ability to try and get away from them thanks to a tool known as a “Mog Clock”, which is gained very early in the game. Basically it's a counter that allows you to either run away, meet the enemy head on, or the enemy can bite you in the backside and come charging at you. This is miles better than the pre-scripted battles from FF13 and actually makes this game feel more like Final Fantasy when compared to the original.

Quick-time events or “Cinematic Action” as it's called in game, is also sprinkled into events that unfold. Completion of these with a “Perfect” rating nets you bonuses. You also get the chance to make conversation choices in game, aside from maybe one or two key choices, it doesn't make much of a difference in how the game unfolds. Mini-games are present, some initially out the gate, and some through DLC that can be purchased off the PlayStation Network, or from X-Box Live Marketplace. Some of the said DLC allows you to play as more characters from FF13, and see the story from their point of you. 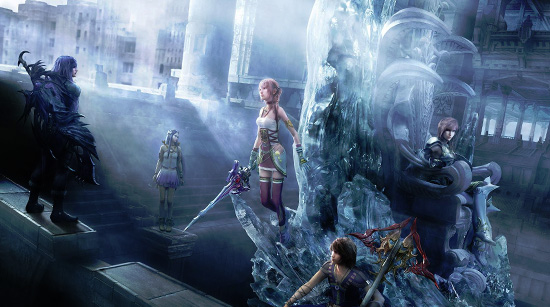 Another thing that was a highlight in FF13 was the music. Composed by many talented composers and musicians such as Masashi Hamauzu, the score in FF13 was amazing to listen to. How does FF13-2's soundtrack hold up? It's safe to say that the music is just as good and at times supersedes the original. Plenty of orchestrated themes to be had, to credit, there were at least 50 musicians on hand to record the music for this game. Many violin centric pieces are present, making one think of Jean-Luc Ponty during his heyday and at the height of his popularity, yes, they are seriously that good. Trust me when I say that this game's soundtrack is superb, in my books I feel it eclipses FF13's soundtrack overall.

There are a lot of vocal themes in the game as well, breaching a fair amount of genres and showcasing this game's diversity with the music itself. Believe it or not the vocal themes are not annoying to listen to in the least and normally I hate vocal themes in games. If anything, I was pleasantly surprised when I found many of the songs to be very well done and all the ladies and one gentleman doing the singing to be very talented. Artists such as ORIGA, Charice, Joelle, Shootie T and KOKIA all contributed their own touch on these songs, aside from the main theme “New World” all of them were surprisingly pleasant to listen to.

All in all, Final Fantasy 13-2 is a solid game that does a lot right to rectify the mistakes that Final Fantasy 13 had made. While it still has some flaws of it's own, it is a much stronger candidate for a good RPG than the original could ever hope to be. There's more places to explore, graphically the game looks better overall compared to the original, especially when you get to the new locations present in the game itself. With a good, long quest of at least 40 hours or so, several endings to see, even though only one of them is the canonical ending, it's safe to say this is a sequel that gets it done right.