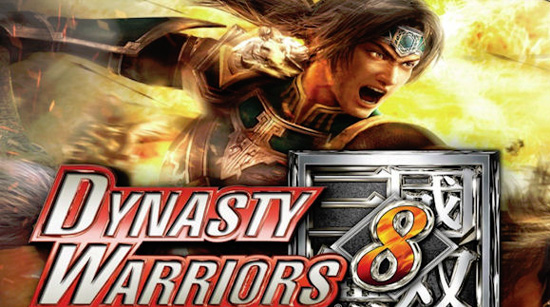 Dynasty Warriors 8 is the latest installment in what is known as the Koei Warriors franchise, a series that envelopes Dynasty Warriors, Samurai Warriors and the fictional cross-over series, Warriors Orochi. Anyone who is a Chinese history buff will feel right at home with this game, as the storyline is based off the Romance of the Three Kingdoms series, which in itself is based off of the collapse of Han Dynasty China in 2nd century A.D. As such, the people you end up playing as were actual people that lived during this timeframe.

The game basically consists of you controlling a single person on a large battlefield and re-enacting a battle that actually took place during this time period all the while racking up your KO total, meaning mowing enemy soldiers down like blades of grass. Of course, you have missions to complete during the battle, like securing a position on said battlefield either by simply arriving at that location, or KO-ing an enemy officer that just so happens to be guarding a position you need to get to. These objectives can either succeed or fail depending on how well you do, whether or not you get to a location in time, or KO that officer. Most of them are very easy to do though, so your chances of failure are very low. But, the fact remains that whether you succeed or fail could change the course of the battle for better or for worse. It definitely adds a sense of urgency where there would be none otherwise.

Controls are simple, quick and responsive. Everything just works and works beautifully at that. There is even a tutorial to help you get used to the controls and figure out how to do all the special attacks you have at your disposal, depending on the officer you choose. It's very inventive and even presents you with a simple scenario at the end of the tutorial once you learned how to do all the moves presented. It's pretty cool and will allow those new to the series to get used to executing what can be seen as somewhat intricate combos. 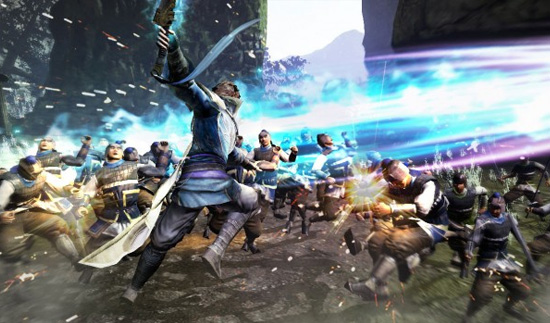 The special attacks, or “Musou” as in-game terminology refers to them as, deserve to be mentioned. This concept was refined from previous installments. Each character has a unique Musou attack, all with varying damage but all are a sight to behold. Execute them correctly and you'll see some very impressive results. Not only that, a new addition in this game is a Rage Attack meter that fills up as you slay soldiers on the battlefield. Hit a button on the control pad of the console you're playing on, and the character goes into a mode where every attack is deadly; especially if you use the Musou button which sends your character into a frenzy. Strategically speaking, hitting this at the right time results in some very impressive numbers.

Dynasty Warriors 8 takes the concepts presented by Dynasty Warriors 7, refines them, and adds some much needed spit n' polish to the whole thing. Dynasty Warriors 7 had some good things going on, like being able to switch between two weapons on the fly and the fact that any character could use any weapon even if said weapon was not their preferred one. However, it had a flaw in that all the moves of said weapon were cloned, meaning any character you select does the exact same moveset and animation sequence with the weapon, regardless of whom it is. The 8th installment rectifies that and has some nice animations for the characters to boot. There's plenty of ways to execute some very impressive combos; all of it is fluid and dare I say amazing to look at.

Presentation wise, the story is a bit more flexible upon defeating the main campaign for all four kingdoms involved; their names are Shu, Wei, Wu and Jin. In Dynasty Warriors 7, you didn't have a lot of replay value upon finishing their respective campaigns. Once you did all of the storylines, that was that for the main story. Not so in this installment, upon defeating each campaign, you get a “what if” of sorts if a certain officer lived beyond their actual lifespan. There's plenty of those to be unlocked, really adding tons of replay value to an already lengthy campaign sequence. There are plenty of modes outside the main story as well just to keep things fresh. 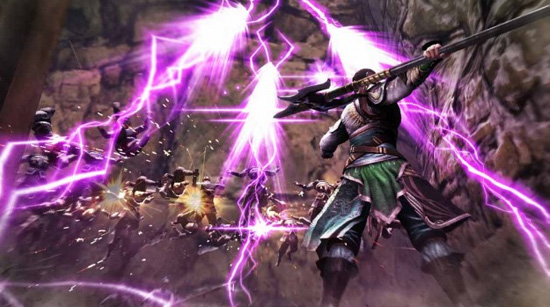 Adding to the mix of the Campaign mode, and truly improving upon what Dynasty Warriors 7 had to offer is that you're no longer forced to use a single officer per battle that changed as you progressed further in the campaign; you can switch between up to three officers that did partake in the battle before you begin. Add in on-line co-op if you so desire to play with a friend whom is on another PS3 or 360 and it's safe to say that the Campaign mode presented here is the best one yet.

Outside of Campaign mode, there's also a mode called Ambition Mode, where you're given a small land to build a tower called a Tongquetai, and a simple goal: make Emperor Xian pay a visit. To do so, you must partake in three battle types in order to build this tower. Skirmish battles, which allow you to obtain materials to possibly expand your land. Raid battles that increase your fame and renown, and finally Large-scale which allows you to recruit officers as your allies on the battlefield. A fun diversion to say the least, this mode can take up hours of your playtime.

Graphically, the game looks good. The environments you fight in are quite varied and detailed, almost on par with stuff you'd see in Warriors Orochi 3. It is so cool battling it out in large castles that could end up being mazes, as well as massive plateaus that at times require some tricks to get to. Those two examples are just the tip of the iceberg. There are 44 stages total in Dynasty Warriors 8. Quite the considerable amount to say the least. You won't have problems finding a variety of different environments being depicted on screen. Frame rate is pretty solid, with occasional bouts of slowdown here and there, but it's pretty much a non-issue as it doesn't affect gameplay much at all.

Another thing Dynasty Warriors games are known for is the crushing, heavy metal riffs laced with traditional Chinese instruments throughout. In terms of continuing that tradition, Dynasty Warriors 8 does not disappoint. Not only do the riffs permeate in just about every battle theme, but many of them really accentuate the mood to boot. Those “What if” scenarios I was talking about even have bonus remixes of songs from past Dynasty Warriors games done more modern, with plenty of crushing riffs and driving bass and drums backing them up. It's safe to say that the musicians behind the soundtracks are very, very talented, to say the least, and they step up their game (no pun intended) with each Dynasty Warriors installment.

The only downside presentation wise that I can truly think of is the lack of voiced narration between battles. For me, hearing Michael D. McConnohie's voice between battles was definitely a highlight in the previous games. Nonetheless, what is here is nothing short of stellar. The voice-over work for the English dub is nothing short of amazing, replete with a star-studded cast and everything. Tecmo-Koei really stepped up their A-game with the voice work in recent times and it shows. The voices are just about perfect for each character, with no major fault I can find at all. This is beyond a shadow of a doubt their best English dub yet.

All in all, I can safely say that Dynasty Warriors 8 is a fantastic game; a solid brawler that refines what was present in older installments and makes it all work effectively and effortlessly. With so much to do not just in the main storyline of the game itself, but with options that work independently of one another too, it will eat away hours of playtime and you'll have tons of fun doing so. While the game isn't perfect and can be boiled down to simple hack n' slash, the bit of strategy and sense of danger around each corner really brings it all home. This is a brawler that Koei Warriors will want to add to their collection. 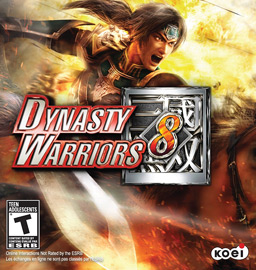