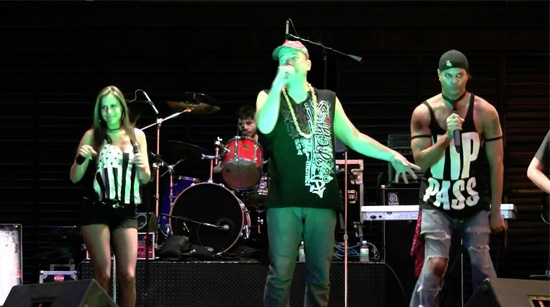 Any Las Vegas locals who frequent The Fremont Street Experience often, have come to expect to see a performance by Nevermind. Nevermind is an alternative rock themed cover band including Michael Harnett (Stage Manager, MC and brilliantly colorful performer), George Safire (Director and guitar) and his son Alan Safire (Drums), eye candy and fearless vocalist Hunter Gerard, the energetic Renee Warden and the talented 8th-place finalist on the sixth season of American Idol, Haley Scarnato who’s Alanis Morissette covers would impress the original artist. Among these truly talented performers, one particular member of the band stood out on the stage with a jaw dropping energy and talent. Brian Cantrell is that young man. His passion for the performance was apparent in his rendition of She Hates me. The songs may have been covers but he owned them like they had been written for him. Even when his guitar quit at the moment his performance of Teen Spirit began, he went on without it and still brought down the house without missing a beat. Keep an eye on this one, he is destined for big things. 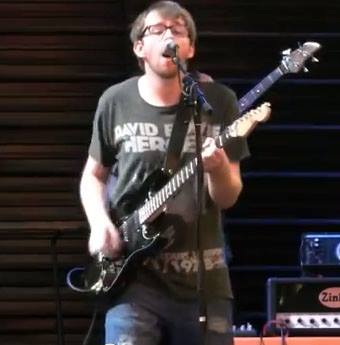 I Want My MTV Back!