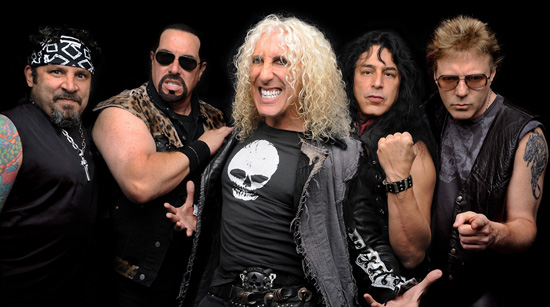 Editor's Note:  Susi Müller, Our rockin' lady in Germany had a chance to chat a bit with Twisted Sister's Jay Jay French awhile back.  Here is the results of her interview and she is sharing it in America exclusively with ZROCK*R !

I salute you and I thank for the opportunity doing this interview with me!  So we definitely wanna ROCK and want to learn more about Twisted Sister!

Susi- We are very glad to have Twisted Sister still rocking the nations. What would the rocking world be without you? Many many new bands hitting the market with monotonous songs... songs which are very overproduced etc. Yes sure you cannot invent the wheel once again so all is going to repeat from decade to decade. So what are your thoughts on the current music scene compared to the music scene in the 70s and 80s?</em>
<p style="text-align: center;"><img class="aligncenter" alt="sister4" src="https://zrockr.com/user-files/uploads/2013/09/sister4.gif" width="250" height="226" /></p>
<em><strong>Jay Jay French:</strong> </em>The rock scene is not healthy at the moment. It seems that dreaming of being a rock star has given ways to being a pop star or DJ. Music instument sales are way down so this is a very wide and deep 'rock n roll' recession. I hate the describing of some bands as 'alternative' as that usually means that the band cant play their instruments.

Susi- Well, I wonder who Dees influences for singing are?

Susi- We all were more than happy to hear that Twisted sister reunited but in 2006 you again wanted to end your career with the album " A Twisted Christmas"... you covered some Christmas song rock-style and it also includes a duet with Lita Ford. And in 2008 Dee said that the band still would play shows don’t want to release another album. On 26th October Twisted Sister - A Twisted X-Mas - Live In Las Vegas was released on DVD. When did you get the idea to release this full audio-video experience? Talking bout Christmas - do you love Christmas and the holiday season?

Jay Jay French: We love Christmas!  We recorded our Christmas in Vegas show because that`s where it should have been filmed. Totally over the top, just like Las Vegas! 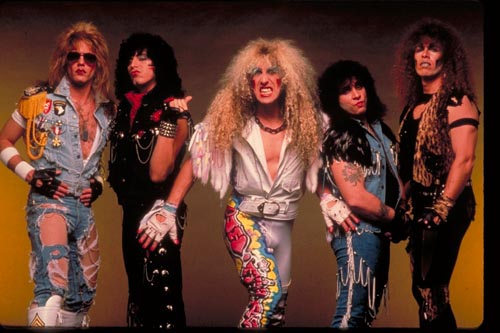 Susi- Christmas is coming soon... and so another rocking year has come to an end. May I ask you about your plans for the upcoming year? ... anything special you can share with us at the moment? Or all top secret?

Jay Jay French: There are no special plans or shows coming up this year.

Susi-  We may NOT hope that this will happen to soon... but if the day will arrive and you one day will decide to close the chapter of TS forever.... would you like to do it BIG time - or would you prefer to silently close this chapter?

Jay Jay French:   I think that no one will know when our last show will happen. It just will be like any other show except that maybe a year after the show it will become apparent that we will never perform again.

Susi- Which musical projects is each of you following at the moment? 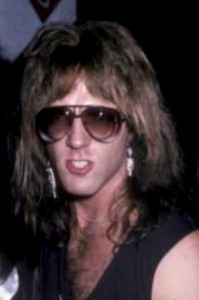 Jay Jay French:  I have non music projects coming up. Eddie is working on a solo album. AJ has a really great band called Tred. I don`t know what Mark or Dee are up to at the moment.

Susi- By the way - since the reunion of Twisted Sister you are playing some concerts under the name Bent Brother before every concert tour you do - and when you do you play without make-up. Who had the idea doing Bent Brother? And did you never get tired about wearing make-up at all? From my point of view when I think about it to wear that extreme make up sooo very often I think I would have gone crazy - or didn’t you bother at all?

Jay Jay French: We created Bent Brother so we could play locally, without elaborate stage clothes. We don`t do that anymore and we stoped wearing stage make up 3 years ago.

Susi- As this is a current thing. I got a sensible question. If you are registered to vote.. do you want to share your thoughts on the voting with us please? I read that Paul Ryan was trying to use "We`re not gonna take it" for his political promotion campaign. What were the consequences for him?

Jay Jay French:  We are all registered to vote and urge everyone who can vote to vote. Millions gave their lives for you to have that right. We asked Paul Ryan to stop using the song. I find the politics of Romney/Ryan reprehensible. That is my opinion and Dee's. I can't speak for the other guys.

Susi- Last but not least please leave a final message for my readers and me and add anything you like to add. 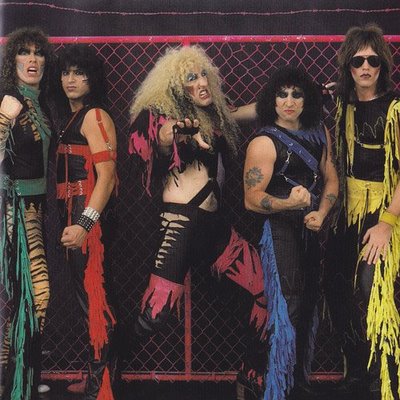 Jay Jay French:  In closing we never realized how much the world missed us during the 12 Years we took off and the level of excitment and happiness weseem to generate. I am forever grateful to our fans for giving us as much love as we give them.

I wish you a rocking good week and all best for your upcoming shows as well. I feel so very happy to have seen Dee and AJ at Wacken back then in 2000 playing instead of Thin Lizzy. Never thought to hear my fave song THE PRICE live but I DID. Keep it rocking!

All Photos © Twisted Sister and their respective photographers- All Rights Reserved

Battlecross - The War of Will

Susi Müller- Staff Writer- Germany: Rocking out of Germany is Susi “RocketQueen” Müller, CEO of Rocket Queen Promotions who handles band marketing and promotion and also does a blog on metal music coming out of Europe as well as is a accomplished music journalist in her home country. We are very proud and extremely excited to have Susi as part of the ZRockR family! Check out her blog from our links page! \m/