The New Face of Metal 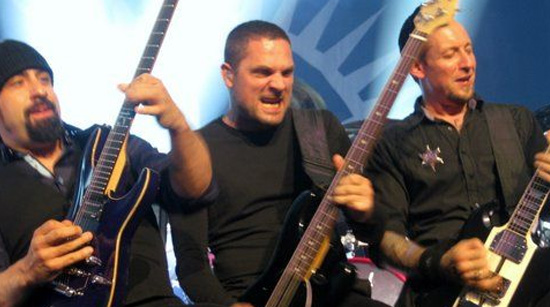 You may be thinking to yourself, Rob Caggiano? From Anthrax? Why yes, yes indeed. From thrash to the eccentric metal band, who most think are new but they aren’t, he adds that extra oomph of metal flavor to Volbeat, making the metal community go from raising an eyebrow to banging their heads. So, how did this come to be? Read and learn.

ZR: So, how did you become involved with Volbeat?
Rob: I knew Volbeat for a few years, 2010 I think was when I met them. I have another band called The Damned Things, and Volbeat took us out on tour and that’s when I was first introduced to their music and that’s when we all became friends. Back then we flirted around with the idea of maybe one day going into the studio as a producer and working on a few tunes and maybe a record. Those guys were really into The Damned Things record that I produced and also the Anthrax record. So, it was something we talked about, but it just never seemed realistic or like it would ever happen because of our schedules, but when I decided to move on from Anthrax all of a sudden my schedule was wide open, and these guys were about to go into the studio to record the new album so it was kind of perfect timing. Michael called me up and asked me if I was still down to work with them, and of course I said yes. One thing led to another and it felt great from the first meeting and the first session, the vibe was great and there was chemistry. It was really cool. So, they asked me to join two weeks into the record.

ZR: Do you like the change; going from something as thrashy as Anthrax to something as eccentric as Volbeat?
Rob: Yeah. I’m having a lot of fun because the heavy element is still there and very much a part of who I am as a musician, but there’s so much other stuff. To me it’s very exciting and a lot of fun. There’s so much room to play guitar in this band. I am doing a lot more stuff with Volbeat than I was with Anthrax because of the frame work of the band, and this new album Outlaw Gentlemen & Shady Ladies is something I’m very proud of because it’s a chance for fans to hear all different sides of my playing that they weren’t able to hear before. So, for me it’s really cool. I’m excited, and there’s way more chicks at the shows, too. 😉 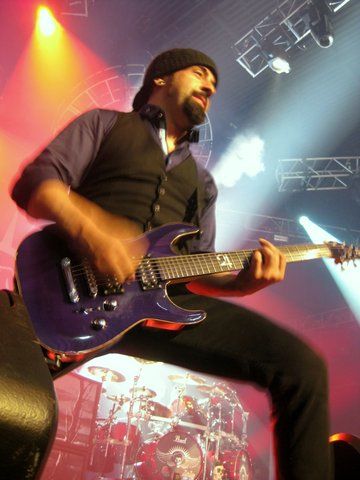 ZR: Haha! So, what do you guys hope to accomplish in the future?
Rob: World domination, of course!
ZR: Haha, I know Volbeat’s been around for years, but this is really the first big thing here in the states. So, that must feel awesome for everybody.
Rob: It feels great. It’s just building and building here in America and radio has really taken a liking to us, and there is a lot of excitement out there. We feel it from the stage in all of these cities. It just feels really good. In Europe it’s definitely more developed. It’s crazy over there. When we go over the crowds are insane, but America is building and it feels really good. The plan is to just take it as far as we can and play as many places as we can possibly play worldwide. We just did Japan for the first time, which was awesome. We did the Summer Sonic Festival over there and Metallica was headlining. I’ve been there a million times before with Anthrax, but it was Volbeat’s first time, and the vibe was killer. I can’t wait to go back there. We are doing the Sound Wave Festival in Australia next year. I’m excited for that as well because Volbeat’s never played there. I’ve been there a bunch of times, so it’s going to be fun.
ZR: So, you guys are just hitting all of the awesome metal audiences then.
Rob: Yeah!

ZR: Very cool. If you weren’t in Volbeat, and you had to pick any band that’s not around anymore to play with, who do you think you’d pick?
Rob: To play with? That would mean the guitarist wouldn’t be there, and in a lot of cases that’s why I like the band, ha!
ZR: What about as a second guitarist, then?
Rob: Oh, I would love to jam with Led Zeppelin. It would be so cool to be able to play with John Bonham; he’s one of the best drummers of all time. His groove is so unique, and it would be so cool. 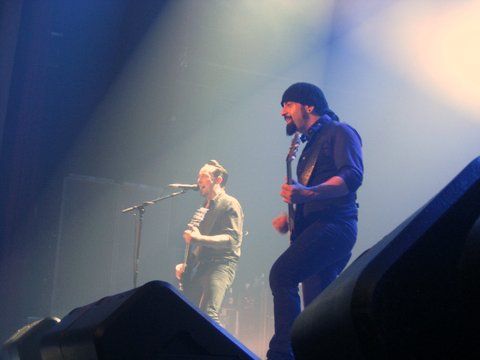 ZR: What song do you wish that you’d written of Zeppelin’s?
Rob: Kashmir!
ZR: Very easy. You immediately knew! I figured you’d sit and think for a second, haha. Have you ever had the chance to meet Jimmy Page?
Rob: No, I’ve never met Jimmy Page. Nope. Never met any of those guys. I’ve met a lot of my idols. I haven’t met Eddie Van Halen yet; he’s my favorite guitar player. I’m actually scared to meet him, haha.
ZR: Total star struck moment?
Rob: Yeah, well, you always hear these crazy stories about how to never meet your idols because they won’t be as cool as you hope, but I would still love to meet Eddie because he’s just a genius on guitar and a huge inspiration. I’ve met Angus Young- super sweet guy! He’s my other main influence. So, that was cool. It was a trip to hang out with him.

ZR: Have you ever been star stuck?
Rob: Hmm… not really. I guess maybe years ago when I first started that happened a little, but no. Hanging out with Metallica is a little intimidating. It’s not really a star struck feeling. It’s just wow because they’re so legendary.

ZR: If it weren’t for music, what do you think you’d be doing? Did you have any other dreams when you were a kid?
Rob: Yeah. I was going to be a baseball player. That was my main thing when I was really young, and I did a lot of stuff.
ZR: What position?
Rob: Short stop and second base. I kind of alternated. I was really into it. That was my thing and then Eddie Van Halen came along!

ZR: What was your first guitar?
Rob: My first guitar was when I was 5. My parents got me this little red acoustic, and I would bang on it and sing at family parties and shit. It must’ve been horrible. My first electric I think was a brand called Montoya. It was a real cheap, quirky guitar with a million switches that never really did anything, ha. My first real real REAL guitar, my dad got me. It was the Eddie Van Halen Kramer Baretta, and that was the holy grail. Back in the day that was the guitar to have. I’ve owned a million guitars throughout the years.
ZR: Anything that you prefer to play?
Rob: Right now I have my signature model through ESP. I’ve been playing those since like 96, and I’m really excited about this new signature model that they totally nailed. It’s based on an old ESP that I had, but it’s tweaked out and I had a ton of ideas that I wanted them to execute, and they did.
ZR: So, should we expect you to do any Ace Frehely type stuff tonight? Any smoking from the headstock?
Rob: Oh no no. Nothing like that, but there’s some stuff on the guitar that actually glows in the dark which is really cool.

ZR: Are you looking forward to playing in front of a Vegas audience again?
Rob: Yeah absolutely! I’m trying to decide if I want to go gambling though or not.
ZR: Well, as long as you’re winning it’s all good.
Rob: I usually do win! I like the Hard Rock casino too. It’s fun. 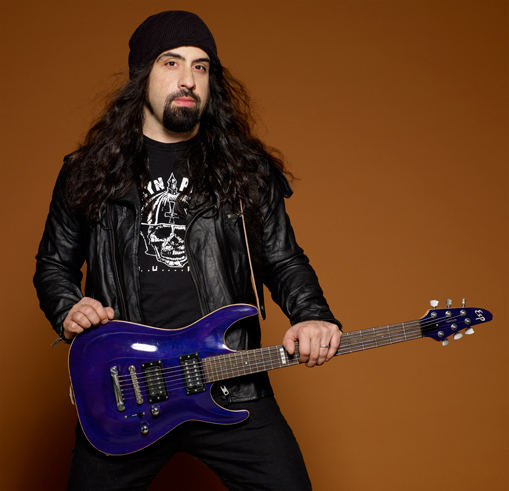 ZR: What’s been your favorite place to play so far, whether it be in Vegas or any other city/venue?
Rob: I don’t know. That’s a hard one because I like so many different countries. We just played Rock Am Ring headlining in Germany. It was insane because there was like 120,000 people or so. I played Yankee Stadium with Anthrax on the Big 4 Tour. It was incredible. It was a surreal moment. We are all from New York, and all of us are Yankees fans. Never in a million years did I imagine we’d play Yankee Stadium. That place is reserved for guys like Paul McCartney and Billy Joel.

ZR: Have the guys in Anthrax been supportive of your stuff in Volbeat?
Rob: Yeah. They are super cool, and we still talk.The guys understand why I needed to make a change. It’s rock n’ roll.

And rock n’ roll it is. Volbeat was the last band to take the stage for the Rock Allegiance Tour, and they completely delivered. The crowd rushed towards the stage, pressing against the security bar as the band took it. They are the first metal band I have seen to draw such a crowd of all ages, and Rob was right, a lot more girls! Vocalist Michael Poulsen jumped from microphone to microphone belting the vocals as bassist Anders Kjølholmjumped around the stage with guitarist Rob Caggione, backed by drummer Jon Larsen.

All in all, this band that is taking America by the balls after 10+ years and saying “LISTEN”, is one that you will want to check out. They are the perfect blend of metal meets that bluesy original rock n’ roll feel.

If you have a chance to see this band live, then I suggest you do. They will not disappoint.

Finnish Love Metal at its Finest