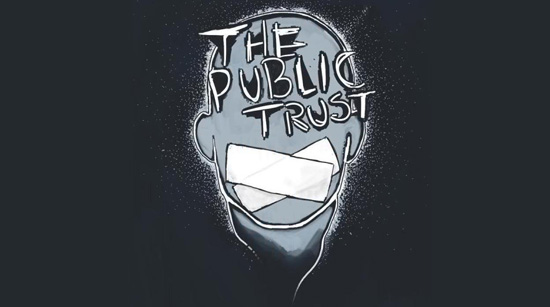 The first thing I noticed about the band The Public Trust, at the Viper Room, was the audience. They were actually watching the performance. The bar was a barren wasteland. There were no giggling club bunnies, sexting each other’s boyfriends. No couples snogging against the posts. All eyes were on Mike Rossi (vox), Dallas Ybarra (drums), Daniel Hange (bass), Tyler Fascett (guitar) and Ben Bostick (guitar/harmonica). These gents comprise The Public Trust. And, the public? They sure enjoyed the show.

The second thing I noticed is how comfortable these guys were, onstage. Dallas pounds the drums all hardcore but with a visible grace. Dan wields his bass as if it is an extension of himself. He works the keyboard with a casual precision.*(no keyboard played during this show) Tyler rides his guitar like a Halloween witch maneuvers her broom. His riffs rang from jangly New Romantic to crunchy grinds to funk strums. Also, playing guitar (and harmonica), is Ben. He’s the sophisticated player. Easily weaving lead riffs and expandable rhythms into bulging melody. Then, there is Mike delivering the vocals. I was impressed with how much attention he paid to the crowd. It felt like he genuinely wanted to connect with the audience. His bright energy and glossy sex appeal filled the room.

All together, The Public Trust gives a show that has flash, grit, romance and fun. The music itself is an obvious amalgam of styles. I heard Reggae, Hard Rock, Folk, Hip-Hop, Grunge and even that elusive “Motown Sound.” Their songs are full of sensitive enthusiasm. No mindless lyrics here. Just Simple, honest tunes.

I was captured by The Public Trust after watching the PREVIEW of (*Film has not been released yet) the short film “Floating Sunflowers” starring Anna Chlumsky (she totally won me over in “Blood Car”). Featuring the music of The Public Trust. I was equally impressed with the band’s regular gig playing live music sets for the Barefoot Theatre. Glad to see they are not just another well-tuned L.A. side gig. Lead singer, Mike Rossi and I step outside the Viper Room to talk. Mike is instantly, genuinely, attentive. I’m instantly charmed by his easy-going enthusiasm. 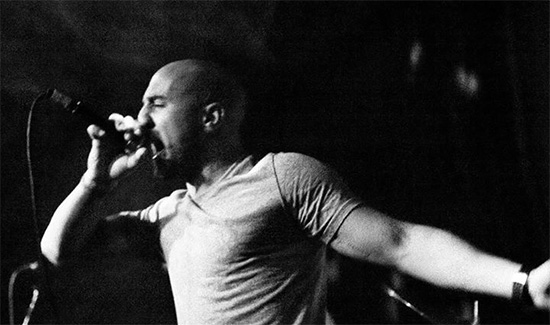 Lu – How did you become involved playing live music for the Barefoot Theatre shows?

Mike – Well, I know the guys Frank & Chris, who started up that Theatre. They’re great guys. They asked us to do something for a show and we did. We have that kind of relationship.

Lu – How do you choose music for the performances? Do you rehearse?

Mike – We’ll rehearse if we can but, usually they tell us what they need and we just do it.

Mike – We enjoy it. That makes it easy. 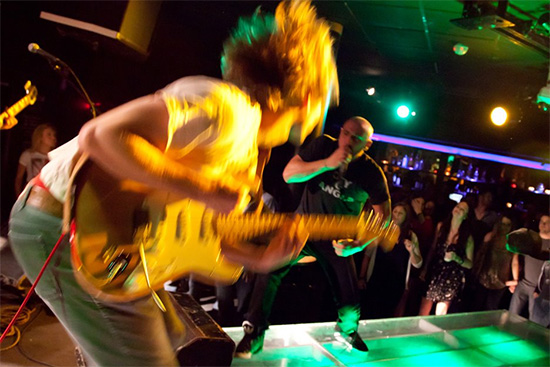 Lu – What are your songs about?

Lu – Do you write all the songs for the band?

Mike – All the lyrics and melodies but, it’s pretty much a collaboration.

Lu – Do you all record together or do you lay down the vocals separately?

Mike – We record together. We’re lucky because we get along together. I trust them. They’re family. We’re a family. Tyler is my brother-in-law.

Lu – What’s that like? Did you warn him off your sister?

Mike – It’s great! He’s a great guy. And he makes my sister happy. They’re happy together. I definitely warned him but, hey… They’re happy and that’s all that counts. 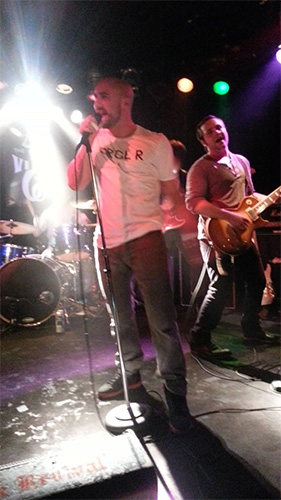 Just then, the remaining members of the band step out of the club and join us out on Sunset Blvd. Mike calls them over. Introductions are made. We chat aboutDan’s “other” band, 7 Lions. Not to be confused with the EDM artist, Seven Lions. Mike provides the vocals for 7 Lions as well as a band called Vintage Trouble.

Lu – That’s very cool. Do you guys get tired of performing together?

Ben – Well… no, not really. We’re really supportive of each other.

Lu – Your music as described, is compared to a wide variety of styles. How would you describe your sound?

Mike – We sound like The Public Trust. What’s great about that is that we all come from such different places.

Jordan – The band even played without a name for a while.

Lu – How did you come to choose “The Public Trust” as the band’s name?

Group Answer – It started out by us deciding to drink beers and work on new music all day while brainstorming name ideas. That night somebody said “The Public Trust”, we wrote it down on the list of possibilities and kept going. The next day, slightly hung-over, as soon as we saw “The Public Trust” on the night before's list we knew that was it. It sounded very official, like a bank.

After some very subtle flirting with Dallas, I ask my very last question.

Lu – On your dream tour, who would you invite?

The guys trade looks. One by one they jokingly fantasize about who they would play with. My favourite was The Flaming Lips. And just like that, the band agrees that the perfect line-up would be “Vintage Trouble”, “7 Lions” and The Public Trust. Not at all surprising… 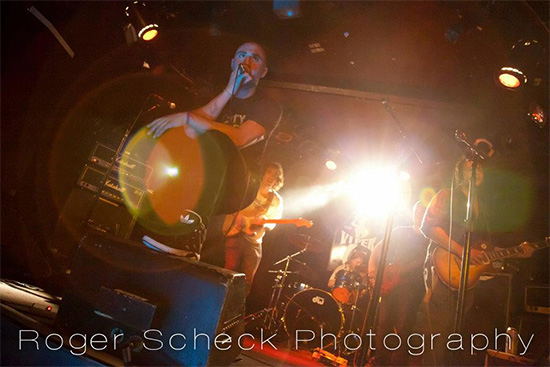 You can watch The Public Trust on:

You can listen to The Public Trust at Reverbnation & Facebook.