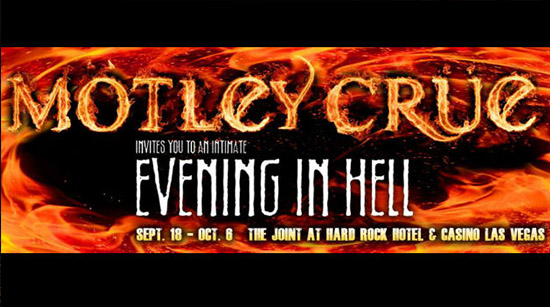 Approximately 8 years ago, on the same day, at the same venue (sort of- it was the original venue) , I witnessed one of the best rock n’ roll groups in history play The Joint at The Hard Rock Hotel and Casino on their Red, White, and Crue tour. It was the first tour since they had reunited, and it was amazing.

On October 6, 2013, the last night of their “Evening In Hell” residency, I stood in the crowd, anxiously awaiting the billowing black curtain to drop, anxious to see how the show would start and how they’d sound. I was not disappointed. Tommy broke into the drum opening of “Red Hot”, and with Vince’s “1-2-3-4!”, the stage ignited. From there the boys went into “Wild Side”, which I found a bit unusual because they usually play that mid-show. It seemed a bit early for a song like that with the slow bits mixed into it at the beginning of a Motley Crue show. 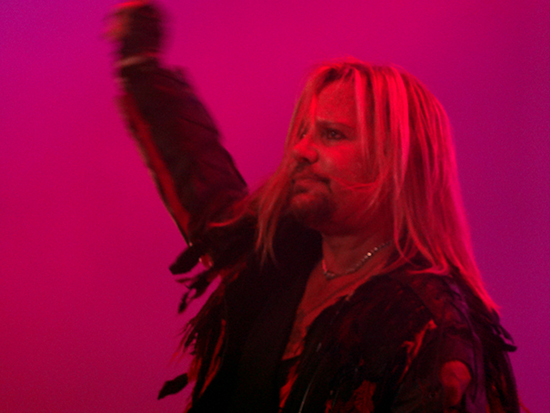 Regardless, they melted faces not just with their pyro, but with their music. They continued on with some classics such as “Too Fast For Love” mixed in with the newer Crue performances of songs like “Saints of Los Angeles”. I was slightly disappointed that they didn’t do “Sick Love Song” or even “If I Die Tomorrow”, as this would have blended in with the old and the new.

Going back to the pyro, I feel bad for everyone who was right against the stage. I was back just a small bit, and off went the leather jacket, and my shirt was turned into a towel to wipe the sweat from my face. It was exciting as fuck, but I will fully admit I got a bit nervous when Nikki brought out the flame throwing bass. All I could think in my head was “Please don’t set Mick on fire! Please don’t set Mick on fire!” If you know about Mick’s history at all you know that due to his spinal disease he has had many ups and downs. I think fire is the last thing he needs, but all was well during his solo and the extremely energetic performance of “Live Wire”, which the crowd was singing louder than the band could play! 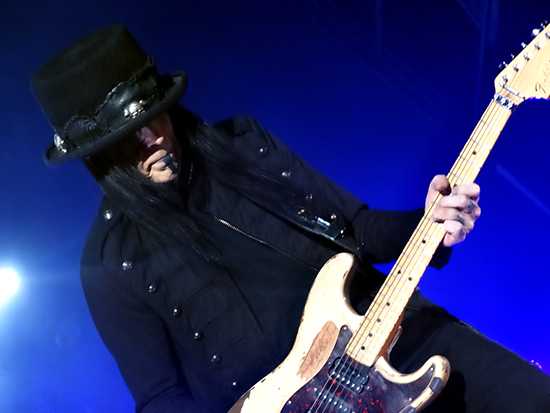 Then, it all went black. The lights went out and 2 giant reverse pentagrams appeared on the screens next to the stage. For the first time, and keep in mind this was my 14th time seeing my boys, the muffled voice played across the crowd that is the opening to the Shout at the Devil album. The opener “In the Beginning” began and the crowd went absolutely fucking nuts, screaming along the words. I heard one woman state that she had not seen that performed since the Shout at the Devil Tour! Of course, the boys came back out, their wardrobe similar to their wardrobe during that area and played the actual song. They continued on with other hits such as “Too Young To Fall In Love”, “Dr. Feelgood”, and the song that taught us the names of some strip clubs, but ironically not mentioning any in Sin City itself, “Girls, Girls, Girls” before leaving the stage and saying “Goodnight” to the crowd. 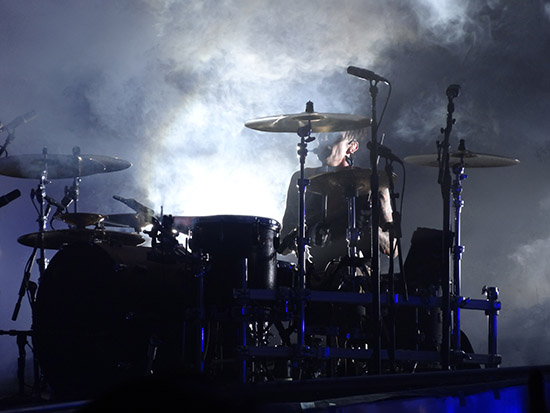 We all knew this wasn’t it. You could hear people discussing what the possible encores would be. So far the show was missing the one song they always play, and the goliath of all ballad songs “Home Sweet Home”. Tommy came back onto the stage and sat at the piano. The piano was a blaze as he fingered those opening notes. The man behind me, who was very dependent on his Siri phone feature the entire fucking night, got so excited that he was almost in tears, pleading with his phone “SIRI RECORD! SIRI RECORD!!!” Vince came onto the stage in a white feather robe, and “Home Sweet Home” took place. It was probably the most beautiful performance of it I had ever seen. White confetti fell from the ceiling over the crowd like snow as they sang along. 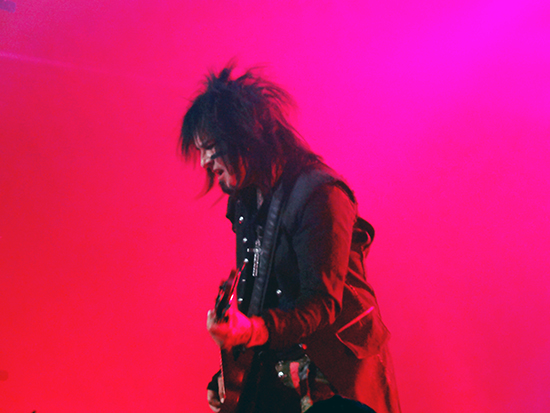 From there was the last song of the night, which was filled with more pyro and fireworks, and even including the area around Tommy’s drum kit to be set on fire, putting him in the middle of a flaming reverse pentagram. Mick’s guitar roared into “Kickstart My Heart”, rounding up the show with high energy, and one of the best Motley Crue guitar solos ever written. 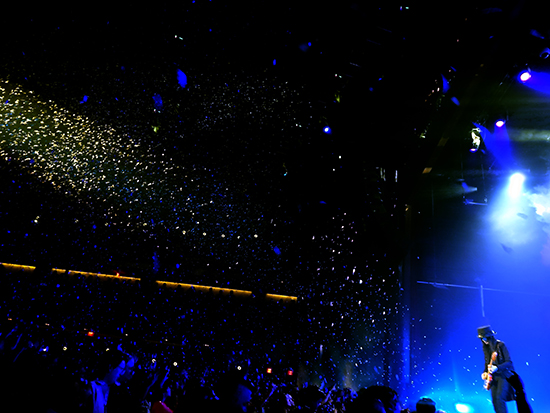 The boys seemed exhausted, which after a 3 week residency on top of having to promote and do the occasional press, can be taxing, but overall it was an amazing show. This marked number 14 for me, and I hope to see 14 more before they decide that enough is enough. For those of you thinking it won’t happen due to the rumor of this being the last Motley Crue show ever, those rumors were squashed by Vince stating that more would come, and they want to continue until Mick can’t anymore. So, I will see you at my 28th Motley Crue show in some city whether it be Vegas or the home of Crue, LA. Amazing band, and, once again, an amazing residency.