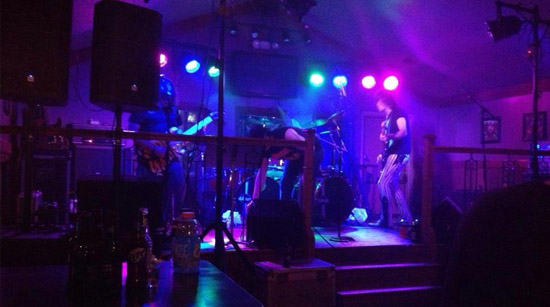 Do you have your tickets to...the Big Guns show? This Danville, IL band transported its audience via a musical time machine to the biggest and best rock hits of the ’80’s when it made its debut in nearby Covington, IN last month. Big Guns is the brain child of Brian Cooper, who provides vocals, and features local musical veterans Drew Hoag on guitar, T.J. Walsh on bass and Jason Messmore on drums. The local watering hole in this quiet town came alive as Cooper and Company filled the air with enthusiasm, sweat and crowd-favorite classics by Poison, Motely Crue, Guns and Roses and KISS. Cooper is an energetic front man with spot on vocals. He often hopped off stage to stroll through the crowd, encouraging audience participation. After all, who doesn’t know the lyrics to “Dr. Feelgood?” The other three band members are masters of their machines. Drew Hoag has been playing guitar for decades and been part of such successful bands as X-Crush and the Brothers Grimm. When he’s not bringing back 80’s hair metal, TJ Walsh is performing with area favorite the death metal styled Airacobra. Big Guns is currently booking more shows in the East Central Illinois and West Central Indiana area. 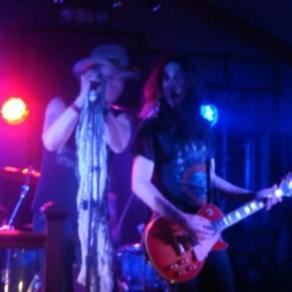 Philip Anselmo and the Illegals - Walk ...