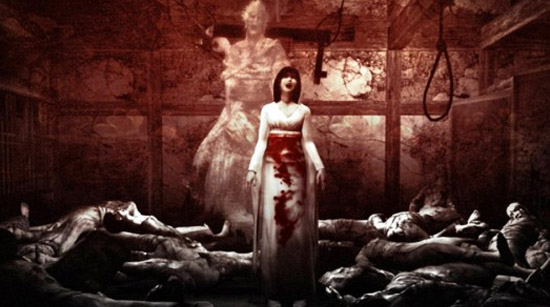 In 2003 the sequel to Fatal Frame, a game many consider niche, but hailed by its fans as one of the greatest survival horror games of all time was released on the PlayStation 2. An X-Box port with enhanced features including a new ending was released a year later in 2004. Upon its release, the game was known as Fatal Frame 2: Crimson Butterfly or simply Project Zero 2 in Europe.

While the sales garnered from both Fatal Frame games left much to be desired, obviously series producer Makoto Shibata wanted to go back and do it again. A Wii remake of the second game was released in Europe and Japan in June of 2012, known as Project Zero 2: Wii Edition in Europe and had it been released in North America, it would’ve been known as Fatal Frame: Deep Crimson Butterfly; sadly we North Americans never got the chance to legally purchase this game as Nintendo of America made the bone-headed decision never to bring it here. It is a shame really, and I had to do some unsavory things in order to play this game. In the end though; it is safe to say that not only was it worth it, but that Deep Crimson Butterfly is easily one of the best remakes of a game I’ve ever played.

Now before I continue, what makes the Fatal Frame series so fantastic but so niche? Well, I think it’s the fact that the game breaks two survival horror molds. It goes against the grain of what we expect. The battle mechanics alone set it apart from others. You see; you don’t use guns, you use a camera. You don’t fight zombies either. Oh no, you fight something much worse. You fight ghosts. Now this might sound uninteresting and boring on paper, but in order to appreciate these games, you have to play them. This is another thing that Fatal Frame does so well, it creates an atmosphere that pulls you in and can actually get extremely scary. I am not kidding, this is the only survival horror series that has actually made me scream, and the Wii version does not disappoint in the faintest.

Upon booting the game up and hitting the A button on the Wii Remote, a brief cutscene introduces you to the twin protagonists, Mio and Mayu Amakura. They were brought back to a forest they played in as kids after hearing that the area will be destroyed due to construction of a dam and wanted to go visit the area before it ends up being destroyed. While there, Mio has a flashback about childhood memories, including a not so happy one. Mayu sees a mysterious crimson butterfly and runs after it; Mio follows suit and, after a brief vision that she can’t make heads or tails of, they end up in a mysterious village with a tragic past. From there, the game begins as you take control of Mio.

What happens from there? I won’t spoil the details of the story too much because this game starts off nice and slow--not so scary--but as you delve further in, yeah, let’s just say you get creeped out BAD! That mysterious village is known as Minakami or All God’s Village, and its backstory is a past so tragic and twisted that it adds a feeling of helplessness as you watch the story unfold before your eyes. Usually that would make you want to stop playing, right? Not here; if anything, you can’t help but want to find out what the hell happens next. Yes, the story is that good. I won’t give away too many details, but it revolves around the village, which is trapped in an endless night, and a bizarre ritual that serves as the focal point for the entire game. The more you learn about it, the more curious and scared you get about what happens next. The game compels you to play just so you can see how it ends. Basically, this game nails the horror atmosphere down to a tee.

The Wii version amplifies this feeling of fear a hundred fold; when mentioning this game the graphics are a major high point. I actually could not believe that this was on the Wii when I first saw it, because seriously it looked that damn good. It eclipses the original PlayStation 2 and X-Box versions of the game. It does so by amping up the textures of the environment with a fresh coat of paint, a behind-the- shoulder perspective (ala Resident Evil 4) as opposed to fixed camera angles, redesigning the outfits of Mio and Mayu, new cutscenes including one that wigged me out so bad I had to take a break for two days just to muster the courage to finish the game and a new English voice-over track, redoing some of the ghosts so you can clearly make out their faces even better than before and giving them some new tricks when you battle them. Add to that two exclusive endings not found anywhere else, bringing the total to six; one of which will leave you totally speechless, and it’s safe to say that the Wii version of Fatal Frame 2 is the definitive one beyond a shadow of a doubt.

There are a few flaws to the game, but nothing horribly major by a long shot. One of them is the fact that there isn’t much to do outside of the main story other than one mode known simply as “Haunted House” mode, where you hold the A button on the Wii Remote to move forward in a linear direction and the objective is to get to the end of this pathway without getting too scared. It doesn’t really add much to the game, but it can be fun with two players.

Another issue is the controls. Let’s face it; playing this game using the Wii Remote + Nunchuk combo is not easy at all. Granted, the game does a marvelous job of giving you tutorials of how things work throughout the first chapter of the game, but there were some things I still had trouble mastering even as I got further into the story of it myself. For instance, the game allows you to activate what are known as Special Shots: mysterious powers that can be activated and powered up via finding orbs and scoring points battling ghosts. The tutorial was not clear on how these activated, and I had to go look at the in game notes just to figure out what was what. Also, the game does not take advantage of the Wii Motion Plus either, making movement while doing battle feel a bit stilted. Nonetheless, this is the only major issue, and it eventually becomes a non-issue as you get further into the game and learn to become a master at battling ghosts.

Speaking of ghosts, did I tell you each one of them actually has a little backstory to them explaining what happened to them? Yup, this actually makes each one of them feel a bit more intimidating. You begin learning the backstory of each ghost through a myriad of ways--from reading notes to using a utility you get in the second chapter of the game in order to listen to audio of what the ghosts were saying before their untimely demise. Definitely an original way of fleshing out a backstory and adding to that sense of fear and helplessness you feel if I’ve ever heard of one. The only disappointment in the story is the lack of information on one of the clans in the game that played a pivotal role in the village’s day to day life. This was the perfect opportunity to go and rectify that mistake; alas, they sunk that ship.

What else can I say about this game? Other than it is a total shame that Nintendo never bothered to bring it to the US because it is such a fabulous game. It has beyond a shadow of a doubt one of the best presentations I’ve seen in just about any survival horror game to date. Not since the GameCube/Wii exclusive Resident Evil remake have I felt this scared while playing a game. Heck, I’d say this game eclipsed even that effort due to the sheer amount of terror it instilled in me during my go-round for the first time with the game. If you thought the original version of Fatal Frame 2 was scary, let me put it to you this way: it has nothing on this version. Survival horror junkies owe it to themselves to check this game out, do whatever you have to do in order to get a copy because it is well worth it. 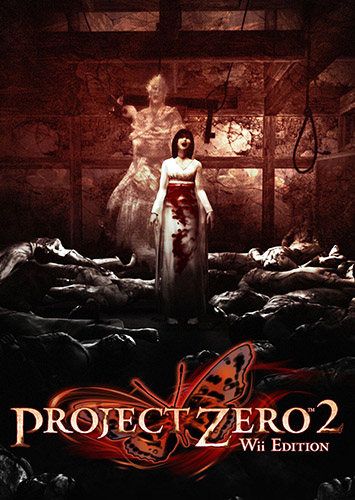 Avenged Sevenfold - Hail to the King