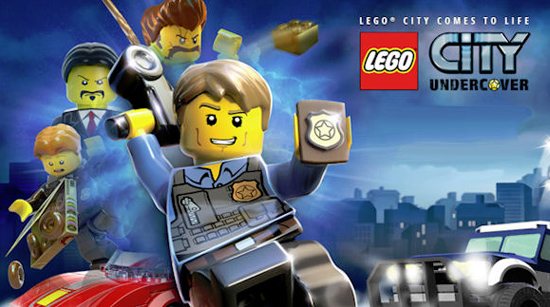 Lego City: Undercover for the Wii U is a charming game with great graphics, fun game play, likeable characters, and hilarious references to old school action and mob movies. The game puts you in the role of Chase McCain, a cop with a somewhat mysterious past that just returned from a self-imposed exile after hearing his arch-nemesis, a man known as Rex Fury, escaped from prison and is wreaking havoc in Lego City where the game takes place. It basically falls on Chase to find out what Rex is up to and foil the plot.

The over the top story is accentuated with hilarious characters like the bumbling Frank Honey whom idolizes Chase, the grouchy Police Chief, Marion Dunby, whom always craves donuts, and Grand Theft Auto-esque game play, only it isn't nearly as violent as Grand Theft Auto itself by a long shot. There's no cursing, blood, or fully automatic shotguns here. Just plain, unadulterated fun that I am sure many will appreciate.

Yes, you can hijack cars from citizens, engage in hand to hand combat with enemies, and explore the underbelly of Lego City, as well as the great-looking landscape surrounding it like any Grand Theft Auto game, but unlike GTA, we have a protagonist whom is a genuinely good, likeable guy. What makes Chase so likeable is how he quips any time you hit a car or a citizen. Hearing “I'll come back and leave you my insurance card later.”, “I hope they're okay.” or “They'll be fine.” actually illicited more than a few chuckles. Top that with hilarious cutscenes and witty dialogue done by top notch voice actors and actresses and this game is a charmer.

It helps that throughout the game, Chase dons disguises that actually grant him different abilities. Some of them practical, others are over the top priceless. For instance, he can dress as a robber, complete with the classic black mask and everything. Doing this allows him to open safes, use a crowbar to pry open doors, and use a color changing paint gun that gets use in unlocking secrets. This is just one of many different disguises he can use. You can also unlock characters as well, some with their own unique abilities. And you can go replay missions from the main storyline once you unlock these characters so you can go claim what you missed the first time through.

Combat is simple enough on the Wii U gamepad. Basically as soon as you knock an enemy down, you hit a button knock them down, and hit another to put handcuffs on them. The more enemies you do this to, the bigger the amount of Lego bits, which are the game's currency, you will receive. In boss battles, it's altered just a tad, but for the most part it's a simple affair. Doesn't make the battles any less epic in the slightest though, if anything, the main story's final chapter is quite an epic affair. 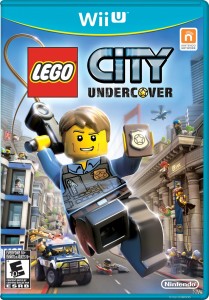 The Wii U gamepad itself is used in nifty ways for the game itself. It serves as a GPS for Lego City, telling you where to go and what to do. It also serves as a camera, allowing you to take your own stills in game. You also use it as a radio to tune in on conversations that are going on behind closed doors, and you also receive calls to the Gamepad from characters. Heck, you can even use it to select a vehicle and call it in for you. All these things are done well, and show that the Wii U gamepad can be put to good use when done right.

As much as I love this game though, I will acknowledge that there are a couple flaws in this amazing package. The biggest being a lack of radio stations. A shame because the intro cutscene starts off with a DJ doing some makeshift news all the while you hear “Walking on Sunshine” by Katrina and the Waves blaring. It shows that they could've done this and made this aspect on par with Grand Theft Auto and Saint's Row. Seriously, I would've loved to be able to switch radio stations on the fly and listen to some great songs while following the next caper in the main story, but alas I guess that wasn't meant to be done. Ah well, still an awesome game regardless.

I also feel that performance wise, the framerate could've been just a little better. There are moments where you run into slowdown, said moments are rare, but noticeable when they do pop up. Like very noticeable, and very annoying when these moments do happen. Still, most of the game runs very smoothly in spite of those moments.

To sum things up, Lego City Undercover is such an awesome game. Even with it's two flaws, it outshines a lot of titles out there, and for anyone looking for a game their kids can play that isn't too violent, but rather silly and whimsical at times, this is definitely a game for you. Long story short, if you own a Wii U, you definitely need to check this game out.

A Fight At Daybreak Returns From Hiatus ...