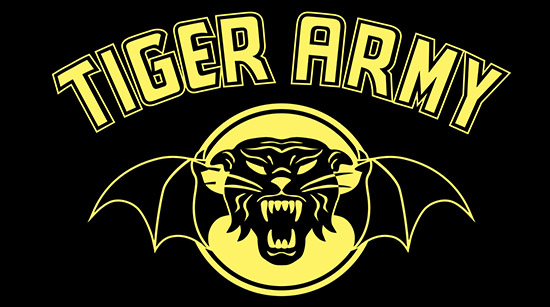 Smack dab in the peak of summer heat the House of Blues is preparing for a show. First step in this preparation, is to turn the air conditioning off. Why in the name of the unholy one himself would we turn off the air? Well this was done per the request of Nick 13, legendary frontman for Tiger Army. As a veteran of many shows I understand at least one aspect of this move. Having to endure a show that is hotter than the Devil's sweaty taint is a memorable experience. It drains you and bonds you to those who stood next to you all while cementing the excitement and chaos into something beautiful that will never die.

While getting ready to work this show I knew to be ready for the chaos of over a thousand sweaty Greasers and Bettys. Mmm, glistening tattooed pinups... But I digress. I had to ready my pit protege, I instructed him to carry multiple bottles of water into the pit and stay close, so I could warn when shit was about to go down. We get the call that its 5 minutes until Tiger Army is about to hit the stage. We chug as much water as we can and make our way to the center of the floor. Out comes Tiger Army, and as the first note on that stand up bass is played, the pit opens up. All I can think about is joining them in the circle, but today it's my job to keep it going and keep it clean. It's hotter than double deep fried bacon... Mmm, under belly of a swine carcass, but I digress. A few songs into the set and some of the Greasers are taking off their shirts, it's my job to make them stay dressed. I have to run into the pit against the flow and through the now beer soaked floor to wrap up a sweaty shirtless Greaser and make him put his shirt back on. The songs Tiger Army are belting out with all of the awesomeness of punk with 50's influence are giving us great pit action, fast moving circle pits and chaotic free for alls. Then they play Pain, it has a distinct swing vibe, and the crowd knows it. Inside the circle Greasers and Bettys join hands and begin to dance. My pit protege looks confused, then he listens and understands, he admires the respect the ones still circling around the pit are showing the ones swing dancing in the middle by not interfering. The next song is about the pain of love, as is a common theme from Tiger Army, Rose of the Devil's Garden turns the whole pit into a dance floor. Lovers unite and dance as do a few jokers, Greasers who are single but don't want to be left out of the fun grab a bud and join in as they try and figure out who is leading who. The next song brings pack the pit, just to ready the crowd for Tiger Army's most violent song. F.T.W. is about the anger in somebody struggling to make it. The crowd knows this is the time to vent. I warn my pit protege to let everything slide this song but an all out fight. I get props from those on the edge of the pit as I sing Fuck The World and keep stirring the circle. Despite all the hits taken and given, there is an understanding of unity and friendship among those in the hallowed circle. 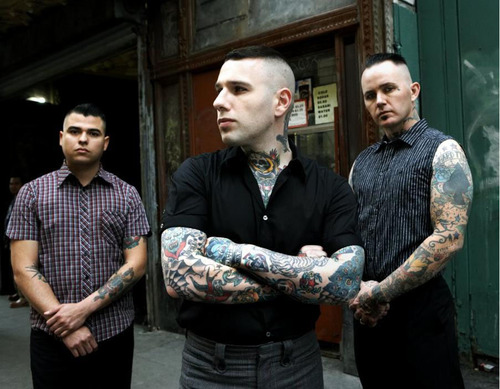 Tiger Army has honed their set to a masterpiece over the years. Crafting it to bring out the best aspects of the scene to which they cater. Aggression and passion are prevalent in the pit. When outsiders look upon a pit, they see chaos. When those of us who live for the circle see a pit, we see something... Beautiful. Inside is where chaos and beauty mix to give us our true romance.