As a long-time fan of the Dickies, I knew what was in store for me as I (im)patiently waited for their set at Las Vegas Country Saloon.

Despite not being the headliner, it was very clear who the sizeable crowd of early-bird drunk punks were there for. And if there was any doubt, the circle pit that immediately erupted upon the first chord removed it completely.

Being well into their 90’s by this point, the Dickies still managed to display a level of energy that many bands half their age seem to be oblivious of. Frontman extraordinaire, Leonard Phillips, resembling Mr. Rogers at this point in life, flailed and wailed with nary a break in the shenanigans, only stopping significantly at one point to credit his drink and drug free lifestyle to the one true higher power; child pornography.

Stan Lee, apparently attempting to summon the spirit of Carlos Santana, ripped through insane covers and originals alike. Sadly, the sound was off and didn’t do him the justice he deserved, but he delivered nonetheless. 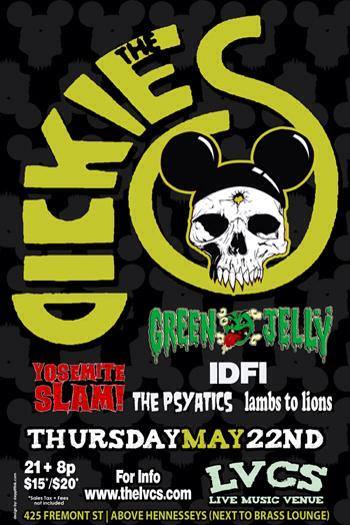 The drummer, who I can’t even pretend to be familiar with, was clearly somebody’s son or nephew, as he was about 40 years younger than the rest of the band. Not to say this was a bad thing, by any means; his energy and skill kept me mesmerized more than almost anybody else on stage that night. I hope to see this guy with another band after the Dickies eventually slip into a geriatric disbanding.

All in all, the Dickies were just as exciting, if not more, than the first time I witnessed their spectacle of a live show 15 years ago. I truly hope that they never stop, as it seems more and more kids are picking up what they’re putting down; legit, snarky, bubble gum punk rock. And that’s the schooling that so many punk rockers need in this day and age. 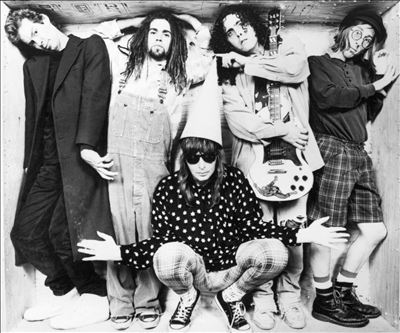