Home›Reviews›Marching Into The Sun- The March Violets at LVCS- 24, June, 2014

Promo Flyer for the show at LVCS downtown on Fremont

I nearly fell off my chair when I found out The March Violets would be stopping off in Las Vegas as part of their 2014 Into The Sun Tour. Clearly, I am a HUGE fan! That has been the case since I was a teen-aged, angst-ridden lass roaming the streets of Chicago. Circa…1984. To this very day, I catch myself humming “Turn to the Sky” (my favourite of theirs, begrudgingly so as Simon & Rosemary weren’t part of that line-up) or “Dandelion King”, once or twice a week. The June 27th performance was everything I wanted it to be. Simply playing their songs with the caring and conviction each tune deserves.

Three of the four band members are Originals. Tom, carving out signature hard-swirling, rough but, iridescent guitar melodies. Rosie, in fine voice and all heroic after kicking the sh*t out of throat cancer. And Si’s deep, laconic vocals. Yes, kittens… He still has those bedroom eyes! Joanna, the newcomer (2007), laid down those pulsing basslines like it was 1982. The phantom “fifth member”, also known as the drum machine was also present. Thankfully so. MV songs are better than a nerve-wracking high-hat or deceptively dramatic kick drum. So, in a rare moment of retro bliss (I don’t DO nostalgia)…this reviewer just had to get up and DANCE! 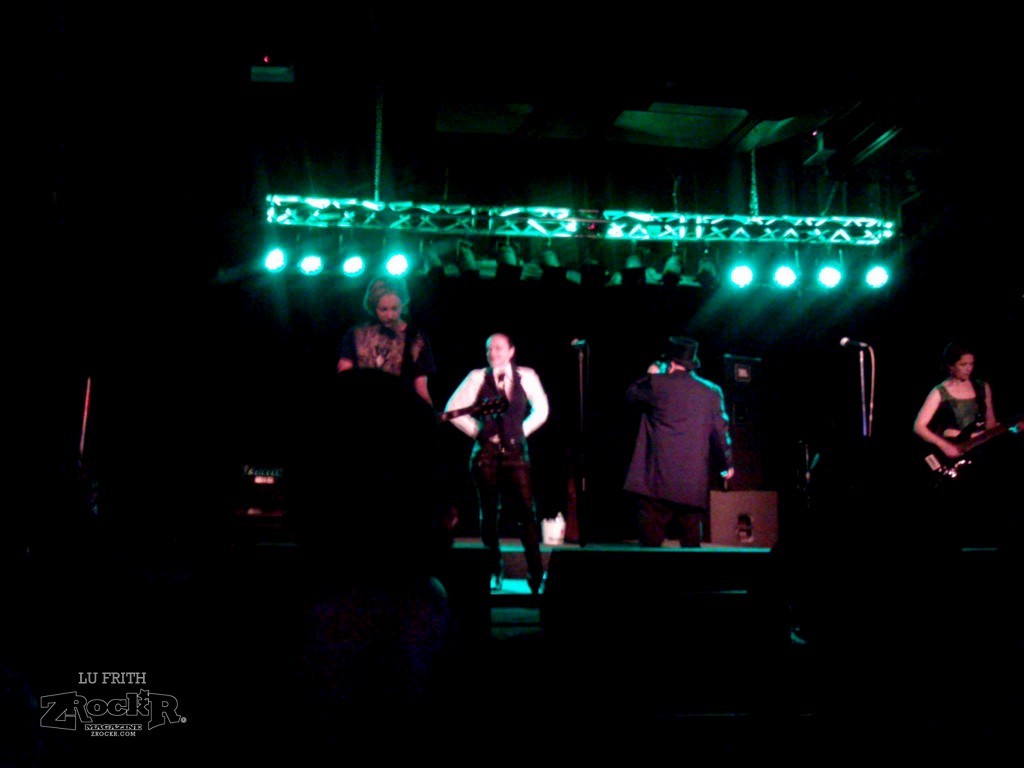 The March Violets on stage at LVCS

The band did a lovely mix of their popular singles and new material from last year’s fan-supported double album release “Made Glorious”. All of which showcased their gothic, dance-floor rock. A sound that meshes intrinsically with lyrical tales of optimism and sarcasm, the past and the future, of passion and resignation and, simple complexity. The set made for a vibe that perfectly exemplified the band’s motto, “Play Loud, Play Purple”.

I got lucky and caught Rosie post-performance. She graciously sat while I asked questions she’s probably answered too many times. Mainly, what prompted the Into the Sun Tour? Rosie credited their successful appearance at Convergence 20, in Chicago this past April. We Chicagoans take Goth seriously… That positive reception provided the impetus for this current west coast tour. 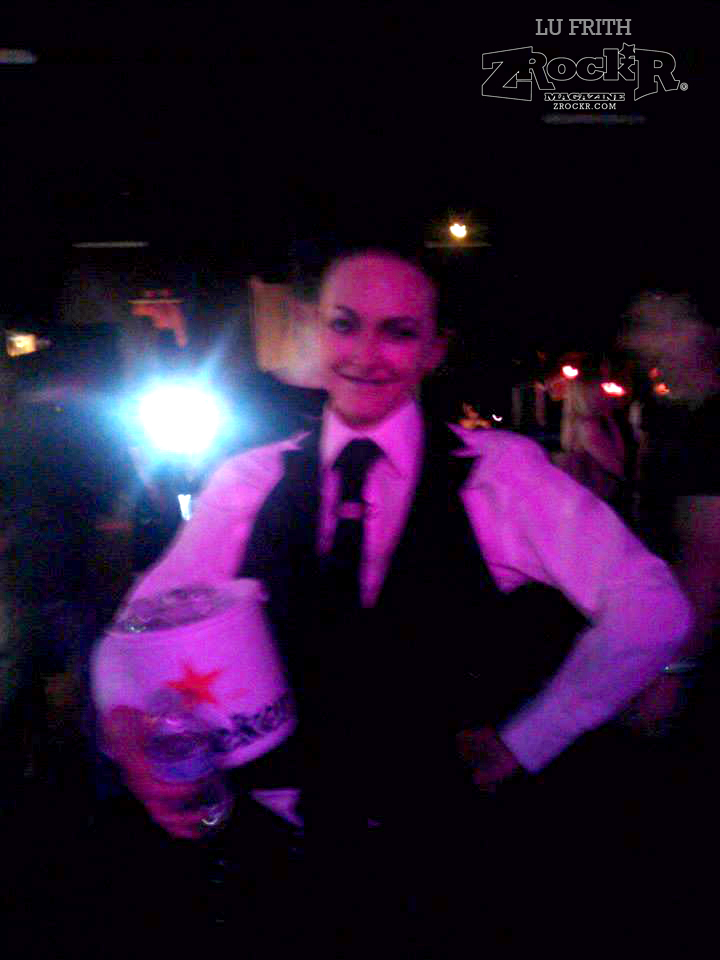 My excitement drove me to hug Rosie, TWICE. I managed to limit myself to just one hug for Simon. I didn’t want to scare the man. It’s probably a good thing I didn’t spy Tom. There’s no telling what my girlhood crush would have led me to do! There was just this one thing… The audience. Las Vegas bit the big one as far as attendance. That Chicago crowd would have laughed, shook their collective heads and sent us in the direction of a strip magic show. But, guess what… The March Violets still kicked ass! For that, this fan Thanks You! 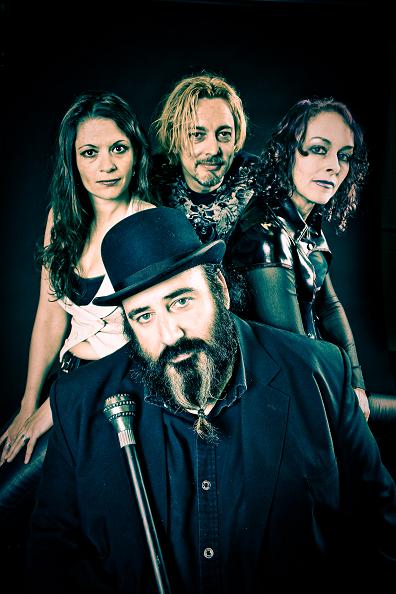 Keep up with The March Violets by clicking on any one of their many links: