If you are in Las Vegas, or anywhere really, and into good old fashioned rock n’ roll, then you need to keep your eyes peeled for Silversage.  I have had the pleasure of seeing this quintet on 3 occasions in a short period of time, and each time they completely blew me away. 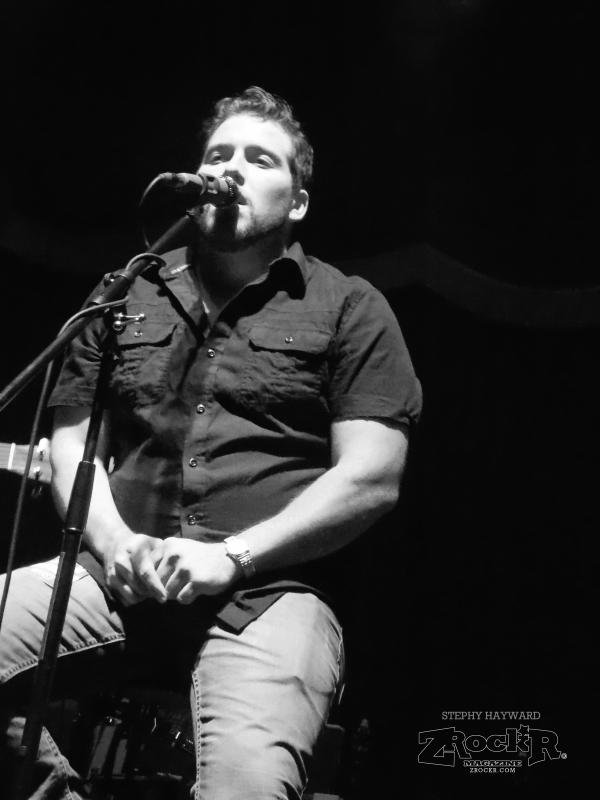 I walked in to the Brooklyn Bowl the first night of the Steve Winwood to see what these guys had to offer, and was completely blown away. Kennedy’s vocals filled the venue in a way that could haunt your dreams. I managed to push my way through the crowd as they ended their 3rd song of the evening. What came next completely caught me off guard. Romano switched his acoustic guitars, and with the grin I was all too familiar with upon his face, began to strum the opening chords to Led Zeppelin’s “The Rain Song”. 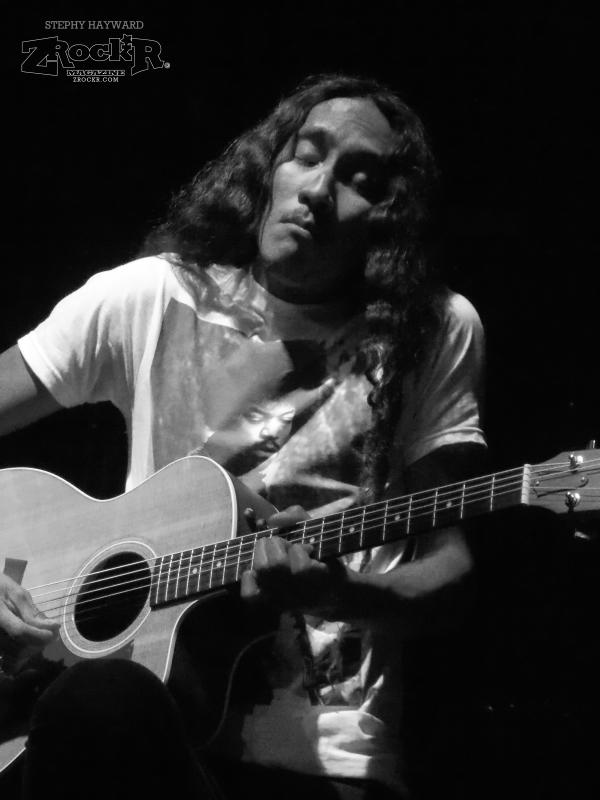 The crowd turned into a sea of whispers and faces in awe of the raw talent that graced the stage. Audience members both local and visiting turned to me as I snapped shots of Silversage and said, “Are they from Las Vegas? They are amazing! How can I get a hold of their stuff?” I couldn’t stop smiling, feeling very proud of this little band for capturing the hearts of their audience. 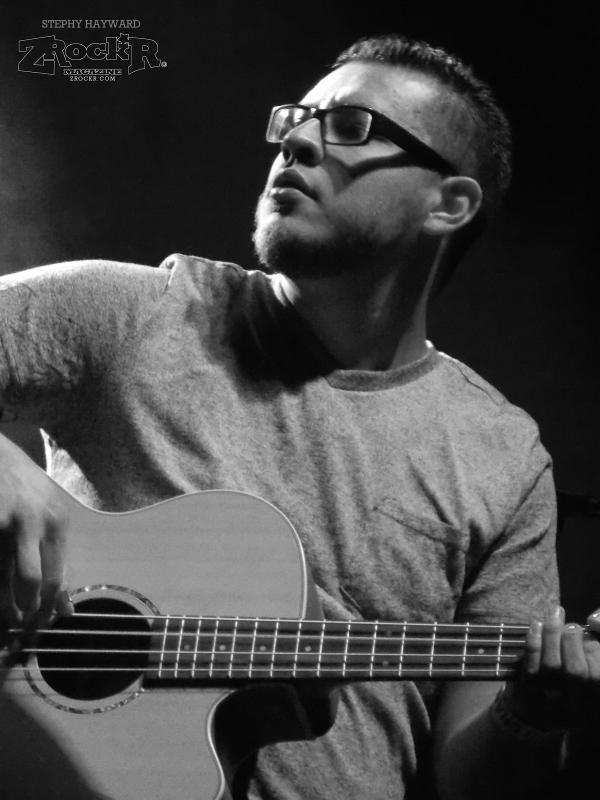 Night 2 of Steve Winwood was no different for Silversage. The crowd was at least 200 stronger than the previous evening, and the screams were the loudest I had heard for a local band in years. I heard a musician once say that if a song sounds like shit when it is played acoustically, then it’s overall a shitty song. For 2 nights, every single song that they played sounded amazing. In my purse were the tickets for their show at the House of Blues, which would be the first time I was seeing them outside of an acoustic setting, and although I was in love with those 2 nights at the Brooklyn Bowl, I was curious to see if they could pull off something more intense. 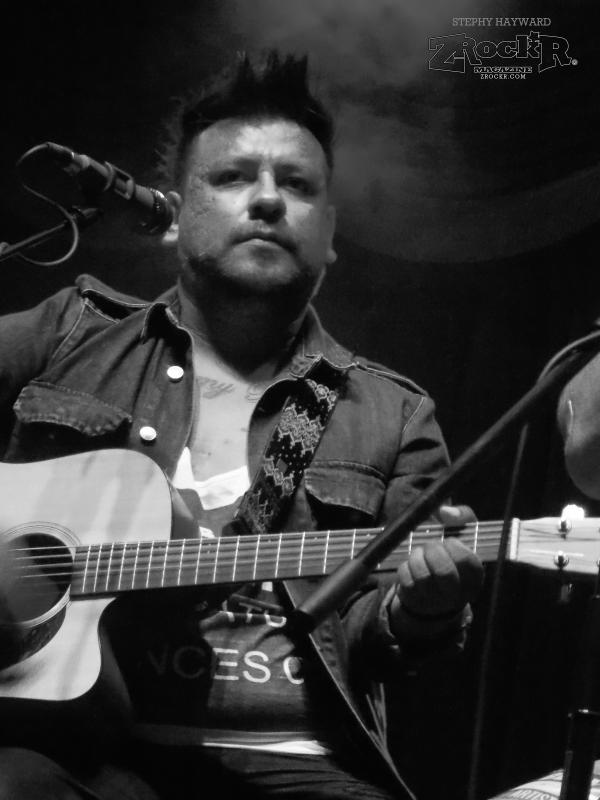 The floor of the House of Blues was completely packed as the boys set up their equipment.  The crowd cheered as they ripped into their first song. Unlike their acoustic set where the crowd swayed with each beat, the crowd at the House of Blues jumped along to the music and danced as Perry’s drums and E. Trujillo’s bass shook the walls. The dual guitars of Romano & J. Trujillo burst through my ears as I bobbed my head along with the music, and when Kennedy brought his guitar out to join in on a few songs, electric magic happened.  For the first time in a long time, I felt proud of a local rock group. If anyone was going to make it out of this town and take over the world, I wanted it to be them. 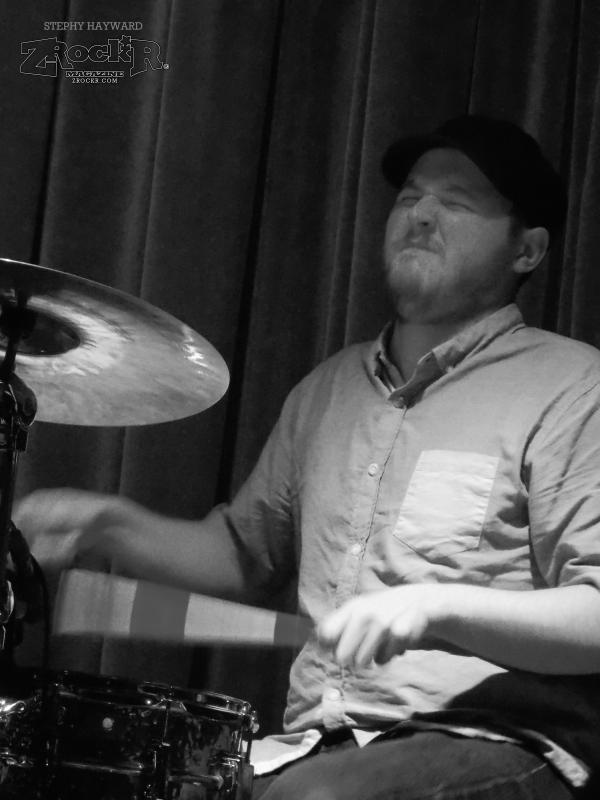 They commanded the crowd with force, and the crowd responded well. As the crowd sang along with them, and clapped when they were asked to clap, you could see the band’s energy rise, and the smiles on their faces grew. Each drum beat, each bass line, and each guitar solo, along with those haunting vocals, drew the crowd in further and further, and when the band broke into their last song of the night, you could tell the crowd was genuinely disappointed that their set was over.

Again, this is a band that you will want to keep your eyes and ears open for. I promise you that you will not be disappointed by them what-so-ever. Don’t believe me? Check them out here. I look forward to seeing them again and again.

One response to “Silversage Takes Las Vegas By Storm”