Anyone who knows this rock and roller knows that Vamp’d is my favorite place to see live music in Las Vegas. This is the best venue serving local audiences, and over the past several years, it has continued to grow and evolve, attracting the biggest talent from Sin City and beyond! National and even international acts continue to play out here often, making it a hot rock spot that local rockers should not miss.

Towards the tail end of the Decade of Decadence and the fall of glam and sleaze, the Bulletboys came on the music scene, having a brief but brilliant run of hit singles, albums, and MTV videos. The band has remained active with original singer/guitarist Marq Torien remaining the one constant in the band all these years later. Hits from the band include Smooth Up in Ya, Hard as a Rock, For the Love of Money, and THC Groove. The band remains a favorite of many people who grew up with their music, and new fans that are discovering them for the first time.

This rock fan definitely appreciates the music of the Bulletboys, and their contributions to the rock scene of the late 80s and early 90s. One of the biggest obstacles that the band faced was that they were unfairly bashed as a Van Halen clone, most likely due to the fact that they shared a record label and a producer, Ted Templeman. In the eyes of this fan, those comparisons were utter nonsense; the Bulletboys had a sound of their own and managed to impress audiences their own way. 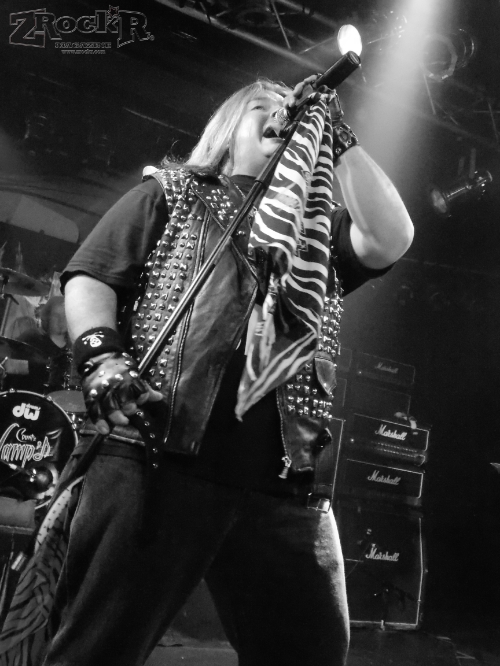 Of course, whenever you go to a show at Vamp’d, typically you will be seeing an opening band as well. Even the openers can range from local acts to national headliners in their own right. In the case of the Bulletboys show, Cyanide, a local group, opened the night. Fronted by Robert Hussey, who also plays in the Children of the Damned Iron Maiden tribute, these guys have won me over with their performances and their style of music, which pays homage to the glory days of glam and sleaze rock, but without blatantly copying any specific band. Their set featured a mixture of covers and original material alike; the band is recording a CD that should be done very soon. Even in a town full of talented acts, I have no reservations in saying that Hussey and company are some of my absolute favorite artists who continue to rock Vegas.

Naturally, most of the people there at Vamp’d that night were present to see the Bulletboys doing their thing. As soon as the show began, the audience was fired up watching these classic hard rockers doing their thing! One thing I was asking myself throughout the duration of this show… how the hell does Marq Torien have so damn much energy? The guy was jumping around on stage with the energy and charisma of someone half his age. How he manages to do this I will never know. But it just make the set all the more enjoyable and epic! Torien was even encouraging people to get out of their seats and to begin rocking out. 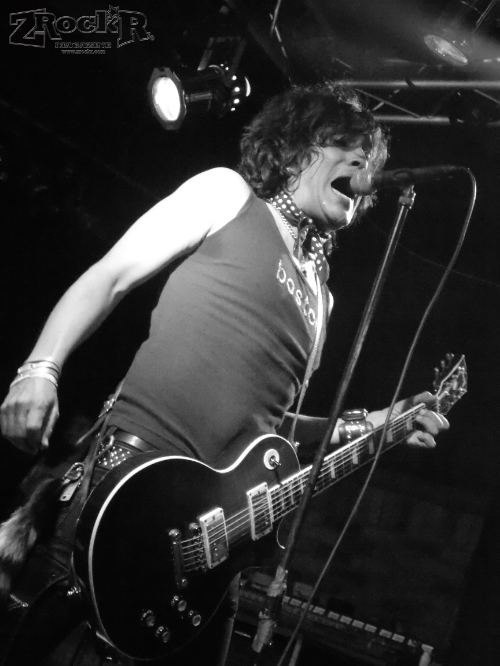 All the Bulletboys standards were played, but the group was not afraid to dig into the vault and bring out some deep classics as well. Hearing tracks ranging from their classic 1988 debut record, right up to a newly released single, was a great experience for everyone in the crowd. For the band’s final song, a performance of the classic hit Smooth Up in Ya, Odin/Armored Saint/DC4 guitarist Jeff Duncan (who lives out here in Vegas now) joined the band on stage; his brother Shawn Duncan was the Bulletboys drummer at this show. The audience was clearly enjoying the entire show, and this made for a picture perfect finale!

When the night was over, the audience was thoroughly rocked; it is clear that the Bulletboys, whose current lineup is one of the best yet, are still going strong, able to dominate an audience with the best of them! If you get a chance to see these classic 80s rockers, definitely go; the classics sound better than ever!

Knockin' For a Sweet Surprise- TRICK OR ...