Home›Reviews›These Aren't the Sort of Choirboys Ya See in Church! London Quireboys at Vamp'd- 8/8/14

These Aren't the Sort of Choirboys Ya See in Church! London Quireboys at Vamp'd- 8/8/14

The Quireboys (usually called the London Quireboys in America) were one of the most unique and underrated bands of their era. With a sound that had more in common with Rod Stewart and the Faces than their glam/hair contemporaries, this British rock band definitely stood out from the crowd. They are best known for their 1990 debut release, a Bit of What You Fancy, and the classic hit track, 7 O’clock, which remains a regular staple of radio shows dedicated to the classic glam/hard rock era.

While the band’s popularity waned following the conclusion of the movement’s heyday, they have stayed together in varying incarnations with a myriad of different members, with vocalist Spike and guitarist Guy Griffin being the “core” members of the group. Numerous album releases have followed, and the band actually manages to remain quite active. The band even joined forces with Def Leppard vocalist Joe Elliott for a side project called “Down N Outz”, which focuses on Mott the Hoople/Ian Hunter cover songs.

Every now and then Vamp’d manages to attract an obscure band, or one that seems practically unreachable for an American show, let alone one in a small intimate club setting. The Quireboys fall under both of these categories, which made this fan all the more eager for the show at hand.

Starting things off for this night of rock and roll was a band called Dellacoma, apparently comprised of a mixture of American and Australian members. I had never heard of these guys prior to the show, and that was most likely the case with the majority of the audience. A lot of people tend to show up later in the evening and “skip” the opening bands at shows like this, but anyone who did it here missed out big time.

This reviewer will be the first to admit that the opening bands are not always the most exciting part of the evening, but Dellacoma was something completely different. The band’s frontman… to put it simply, calling him charismatic and a showman would be an understatement. From the moment this show began, I saw a level of energy in this guy I had never seen before. Right from the beginning, he was jumping off the stage, into the audience, singing in attendee’s faces, making erratic trips to and from the stage from every entrance and exit door imaginable. “Spot the Frontman” quickly became the game of the evening, and it made for a show unlike any other! 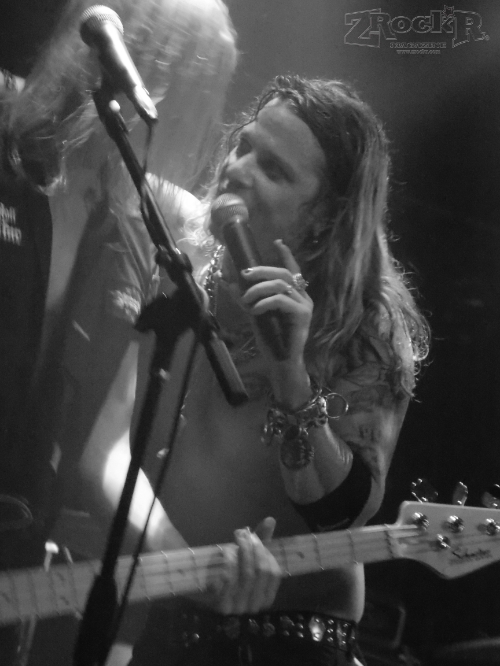 The rest of the band was equally impressive, with a hard and heavy sound all their own. One could tell that these guys took some inspiration from the sleazy sounds of the 80s, but it fast became apparent from their sound and image alike that they would not have been out of place in the 90s either. Sound-wise, I would probably best compare them to groups like Skid Row or Guns N Roses, but these guys had something all their own going on. Something tells me in the future, the next time they play Vamp’d, they could very well be the headliners!

The venue became slightly busier following Dellacoma’s set, though it never quite became as packed as it has been for other shows, possibly because the Quireboys are a slightly more obscure act, and less popular in America than in their native country. Of course this rock and roller was all the more eager for the things to come once the group took the stage.

It did not take long for audience members to see that these British rockers were still at the top of their game and capable of winning over the masses. Prior to the show I had talked to many people unfamiliar with the band, and found it hard to describe their sound, as no one else really sounds like these guys. “The Faces Meet Poison” was the phrase I started using to describe the band, but it is definitely tough to sum up everything in one brief sentence. They are a one of a kind group!

One thing that was great was getting to hear the band play songs spanning their whole career, including some later and more recent tunes that audience members, in many cases, had likely not heard before. My familiarity with the band is mainly limited to their 1990 debut, a Bit of What You Fancy, but over the course of the night, audience members got to hear a number of diverse, solid tracks that were every bit the equal of those early hits. Between-song banter was kept to a minimum; mainly jokes about losing money at gambling, and drinking, though these did get more than a few chuckles out of concertgoers. The audience was clearly enthralled throughout the set; the six-man band did a great job delivering the rock and roll! 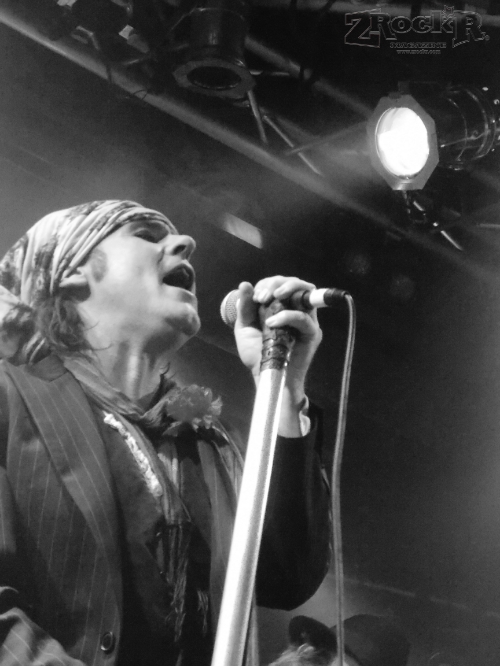 Following a performance of the band’s big hit, 7 O’clock, the band left the stage, only to return for encores. For the final song of the night, Sex Party, the group was joined by two special guests from LA Guns, Phil Lewis and Scotty Griffin, who joined the jam. As always, Lewis was his typical comical self on stage, which resulted in plenty of hilarious moments during their time up there. In the end, the band pleased all of their fans, and likely created a number of new ones!

The Quireboys never fail to please, and it was great for Vegas fans to finally be able to experience their own unique breed of rock and roll! This was a terrific night from start to finish, as anyone attending will agree with. This rock and roll fan is always impressed by the sheer amount of talent Vamp’d is able to book, and getting a band like the Quireboys is further proof of this! Anyone who gets a chance to catch the band on this tour would be wise to do so.