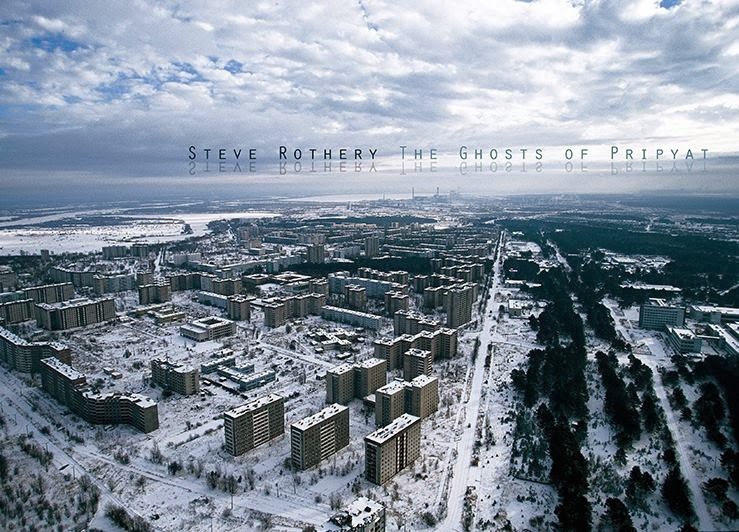 Steve Rothery - The Ghosts of Pripyat
was released September 21, 2014

Steve Rothery is the guitarist and a founding member of the legendary British progressive rock band Marillion, probably best known for their 1985 hit “Kayleigh.” At this time, Rothery was first offered an opportunity to do a solo album, which he turned down. Ten years later, he received another offer, but chose to pursue the duo project The Wishing Tree instead. Finally he has answered the call with The Ghosts of Pripyat.

Rothery has cited David Gilmour’s playing on “Shine On You Crazy Diamond,” from Pink Floyd’s Wish You Were Here album, as a major influence on his guitar style, and Gilmour’s influence can indeed be felt throughout his career. He is a master of atmospheric tones and sounds, as well as breathtaking, singing guitar melodies.

With The Ghosts of Pripyat, we have Steve Rothery’s first solo album, an instrumental progressive rock work that is drenched in beautiful, soaring, atmospheric guitar playing.

“Morpheus,” featuring former Genesis guitarist Steve Hackett, finds Rothery exploring his David Gilmour influences, with soaring, melodic leads that always feel to be just on the edge of feeding back. “Kendris” has an engaging keyboard melody in the choruses and a captivating 12/8 groove. Things get a bit darker, more ominous, on “Old Man of the Sea,” which takes on a bit of a cinematic vibe with some help again from Hackett, as well as Porcupine Tree leader Steven Wilson, before opening up into a showcase for some stunningly gorgeous guitar-work. “White Pass” has an almost country-ish feel to it, with some haunting, melancholy slide guitar singing over the drums’ train beat, before morphing into an entirely different, heavier, slower rock groove. “Yesterday’s Hero” starts with a mellow, ballad-like fingerpicked guitar pattern, leading into another beautiful melodic section. The next tune, “Summer’s End,” feels like a cross between a jazzy minor blues and Neil Young’s “Down by the River.” (The Neil vibe might be from the minor 7th chord voicings Young sometimes favors.) Like a few of the others, it turns into a fiery jam. The title track begins with an achingly beautiful acoustic guitar passage, then shifts into rockier territory with a driving groove in 5/4.

For years, my “Holy Grail” of tone has been David Gilmour’s playing on Pink Floyd’s live album, Pulse. When I first heard it on the dvd reissue, I remarked, “After that, I no longer require female companionship.” I felt like I could live on a mountaintop, or in a cave, with only that album, and my life would be complete. Steve Rothery’s The Ghosts of Pripyat definitely gives that a run for its money, and given the lack of vocals, perhaps surpasses it. I’ve repeatedly used the words “gorgeous,” “beautiful,” and “soaring,” and would gladly use them again and again. I love everything about this album, from the compositions themselves to the incredible performances. If you don’t know about Steve Rothery, remedy that situation quickly. Highly recommended.