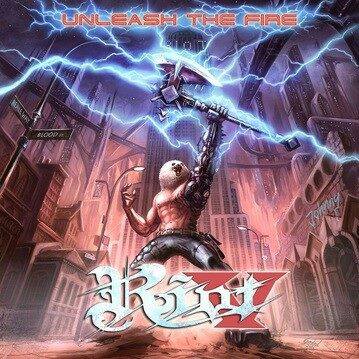 Unleash the Fire is the fifteenth studio album from Riot.

When Riot came on the scene out of New York in the latter half of the 1970s, they were a hard rock band with something all their own. Their sound ranked amongst the best of their era, though sadly, the band never got the proper recognition despite having phenomenal music to their name. Furthermore, they were no stranger to tragedies and other disastrous events. Despite this, the band continued to persevere, maintaining a larger following in other parts of the world, shifting from classic hard rock to power metal.

Co-founder Mark Reale, the one main constant in Riot, passed away in 2012 following a battle with Crohn’s Disease. The surviving members rebranded themselves as Riot V, and have played several tour dates. The first album from the new Riot V version of the band is Unleash the Fire.

I will be the first to admit that, while I initially admired Riot for the shift to power metal to differentiate from their earlier material and to branch out musically, this was something of a double-edged sword. The band’s early material was solid because it stood out from the crowd; they had a unique hard rock sound that was amongst the absolute best out there. This effort to branch out was certainly respectable, but also largely made them indistinguishable from a number of European bands doing the same thing. That is not to say their music became weak, it was just no longer the unique sound the band once had and became initially known for.

The death of Mark Reale was definitely a turning point for the band. Would they continue, or quit out of respect for their long-lasting co-founder? As was previously stated, the band has continued, but has changed the name to Riot V out of respect. At long last, the first album from the new version of the group has arrived. How does Unleash the Fire measure up? 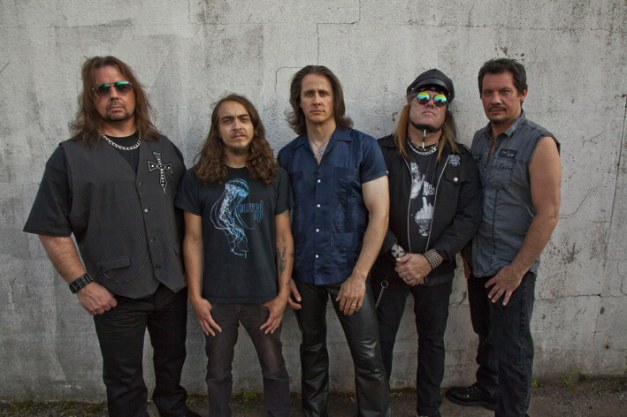 Unleash the Fire continues in the power metal direction Riot has been pursuing for the past several years, and sadly, does not mark a return to the groups earlier Fire Down Under/Restless Breed-era sound. Having given the record a few listens, this fan is still a little torn as to overall feelings on it.

As far as the positives go, the musicianship on this record is definitely solid throughout. The guitar work is great, and everything does come together nicely. Amidst this sound, this is a strong, solid effort that gets the job done. Those who have been following Riot for the past several years will agree that this album definitely seems like the next most logical progression for the group.

On a more negative side, while this was supposed to be the big comeback album for Riot, it does not really bring anything new to the table. This fan was hoping the band would finally veer away from the power metal sound and return to their earlier, raw hard rock sound from the old days (though that thinking may have been a bit too wishful in retrospect). There might not be quite as much variance in the songs as you would like, either. It is good music, but if you are expecting something that completely turns things around or captures the band trying something new, you unfortunately will not find that here.

Unleash the Fire is a solid power metal album, but old school Riot fans wanting a return to the band early, pre-power metal sound should not hold their breath. As it stands, I can give this album a modest recommendation. Worth giving a listen to, but nothing revolutionary either.