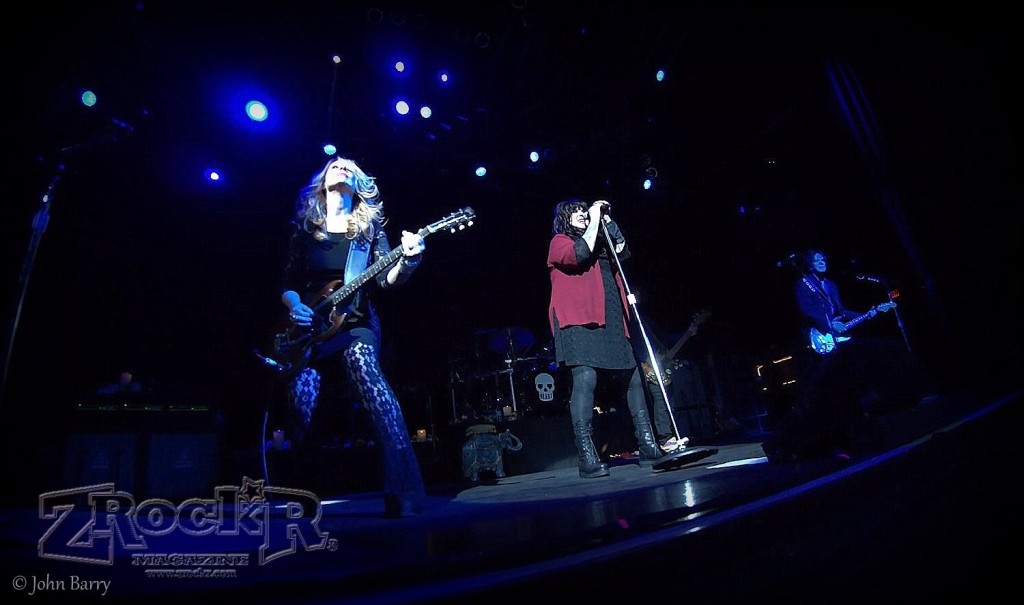 Heart played the House of Blues on Friday, December 5, 2014.

In the 1970s, Heart was a band that proved women can truly rock. When sisters Ann and Nancy Wilson joined the band (it had existed as an all-male group in various incarnations and names for a decade prior), they quickly became the face of the group, winning over audiences all over the world. From their initial 1970s heyday to an unexpected comeback in the 1980s, and even a more recent resurgence that has spawned new studio albums, Heart remains a powerhouse in the world of rock and roll, with the Wilson Sisters standing as the band’s only constant members over the years (the next longest serving member, Howard Leese, parted ways with the band in 1997 after a 24 year tenure with the group, and is currently playing in Raiding the Rock Vault).

Heart may not be at the musical forefront that they once were, but the Wilson Sisters and company have certainly remained active, releasing no less than three new studio albums in the past decade, and playing countless shows all around the world; they were honored at the second VH1 Classic Rock Honors in Vegas back in 2007. Needless to say, the band lineup remains widely revolving door aside from the Wilson Sisters, but they remain (pardon the pun) the heart and soul of the band. 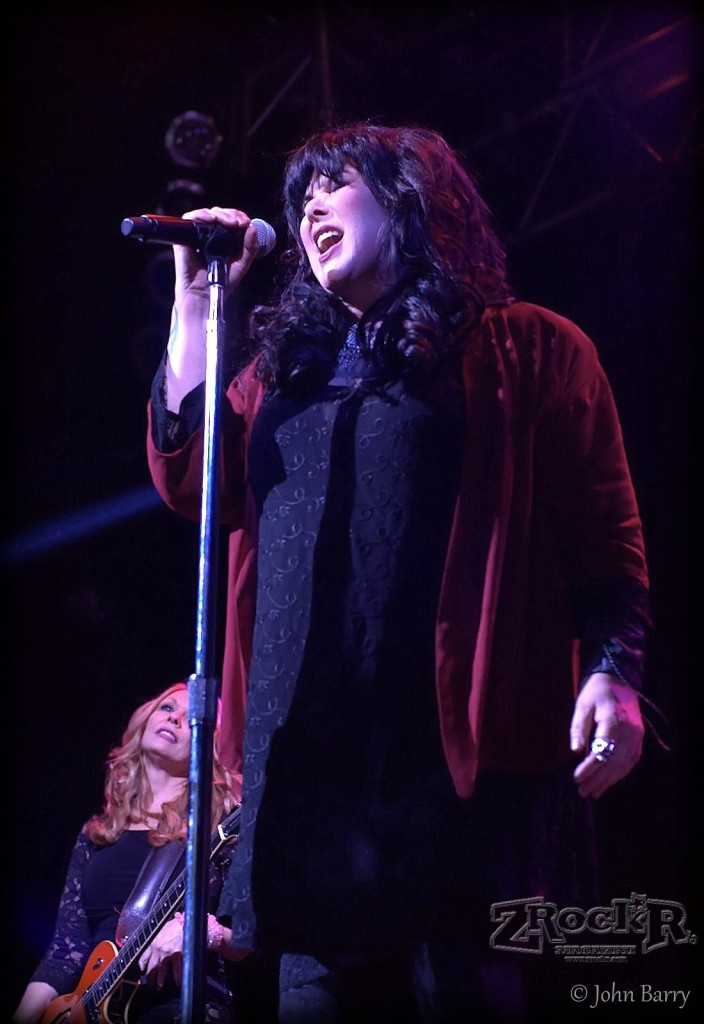 The Voice of Heart- Ann Wilson

Considering Heart’s lofty reputation, this fan was quite surprised to see them playing a mid-sized venue like the House of Blues; they seem like the kind of group that could fill a bigger venue easily. The lines outside the venue and the packed crowding on the floor of the actual venue stand as solid proof of this; the group still commands a massive following even to this day. Still, as the House of Blues manages to combine decent venue size with an intimate setting in which to see one’s favorite bands, none can argue with the opportunity to see a classic group like this there.

I was very eager to see Heart, having never seen them do a whole show before (the only time I had seen the group prior was their brief set at the aforementioned Rock Honors show). Prior to the show, many people in the audience were talking about seeing Heart being on their “bucket lists” of things to experience. This comes as no surprise given the band’s worldly reputation and numerous classic rock/pop hits over the years.

This show got off to a rough start and was initially not a pleasant experience. The “intro music” that played before the band came out dragged on for considerably longer than necessary, getting very annoying and grating on the ears of audience members, particularly in the bass heavy sequences. Intro music is just that; something that should serve the purpose of a show intro and nothing more. This dragged on endlessly and annoyingly. At two minutes it serves its purpose. Dragging on for another five plus, it is outlasting its welcome and then some. 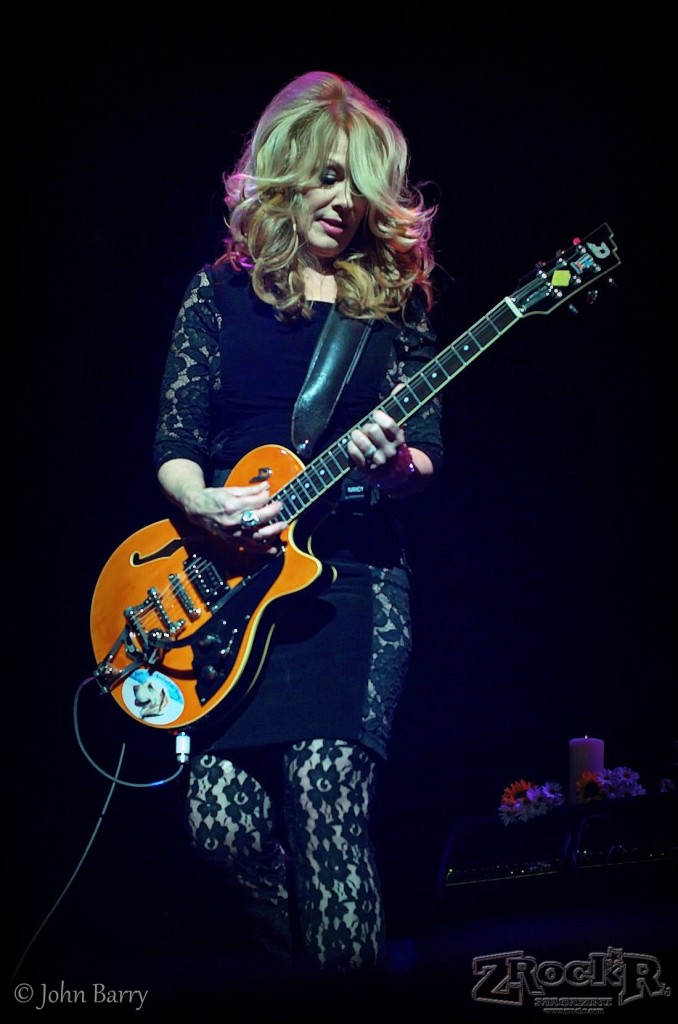 When the band first hit the stage, things were initially no better. I was delighted upon hearing the opening chords of Barracuda, but it quickly became apparent that two things were very wrong. First and foremost, the song was played far too slow, stripping it of that hard rock edge that made it so iconic a radio staple back in 1977.

The other problem for the first portion of the show was a complete lack of stage presence. Everyone on stage looked bored, like they were uninterested and that this was “just another show.” Only the bass player was actually getting into the music and enjoying himself, while everyone else was just “standing there” playing and doing little else. For a good four or five songs this mundane show dragged on.

Fortunately, when Kick it Out played, the band started picking up and things got better than they had been. Here the band members finally started getting into the music and delivering, along with some great solos and instrumentation. Ann Wilson has one of the most distinctive voices in rock and roll, and even to this day, nearly four decades after their debut, her voice is unmistakable.

I give the band credit for crafting a solid setlist comprised almost entirely of their classic 70s hits, with a few of their 80s hits thrown in for good measure, along with some cover songs. Some of the surprise covers included Paul McCartney’s Let Me Roll It, and Robin Trower’s Day of the Eagle. It would have been nice to have heard more of the band’s 80s comeback hits, but they cannot be faulted on the basis of the setlist. The group even opted not to play songs from their newer records, giving fans of the band’s golden years precisely what they wanted. 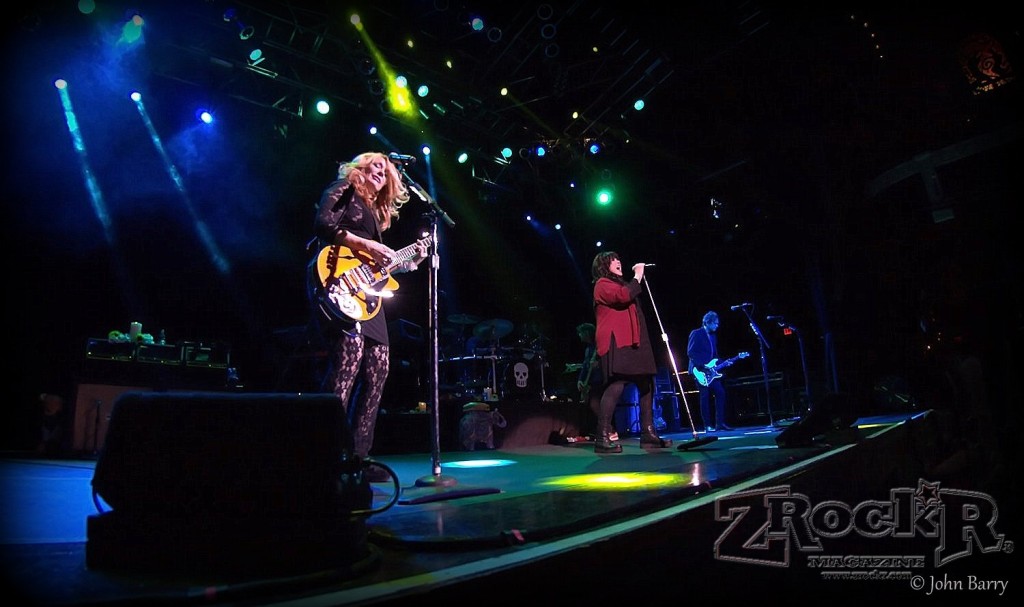 The encores kept the audience on their toes as well, including a pair of Led Zeppelin covers, Immigrant Song and Misty Mountain Hop. Those in the audiences were clearly enthralled with the band’s take on these classic hard rock hits.

At this show, slow beginning aside. Heart eventually won me over and showed me that they still have what it takes to rock. It is good to see the Wilson Sisters both going strong in a rock and roll stage, where they belong. Overall the experience was a positive one, and it is good to see them out there still entertaining the fans!