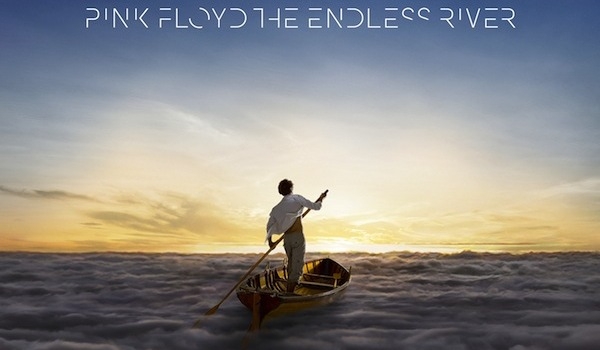 A few months ago, the music community erupted with the announcement of a new Pink Floyd album. Their last studio release was 1994’s The Division Bell, and apart from a one-off performance in 2005 with former bassist/founding member Roger Waters, they hadn’t performed since the tour for that album wound down. Keyboardist Richard Wright has passed away in 2008. Would Floyd be reuniting? Touring? Was this all new music?
As it turns out, The Endless River is different from what most, if not all, fans initially expected. Guitarist David Gilmour and drummer Nick Mason have revisited recordings from the 1993 and 1994 sessions that produced The Division Bell, featuring the late Wright prominently. They combed through 20-some hours of material to build the basis of the 53 minutes of music we have here in the standard edition.
On these bed tracks, Gilmour added new parts and melodies. The project was conceived as somewhat of a tribute to Wright, and his fingerprints are all over this album.
The Endless River is presented as one work, a collection of ambient music, divided into four sides of a double LP. 18 song titles are listed, but they flow one into the next, merging seamlessly. Largely instrumental, only the final track, Louder Than Words, features vocals, with lyrics written by Gilmour’s wife Polly Samson, who also contributed lyrics to The Division Bell, as well as Gilmour’s solo album, On An Island. A voice sample of Stephen Hawking speaking is featured on “Talkin’ Hawkin’.”
I was beyond excited to hear this album, as “High Hopes” from The Division Bell, from which The Endless River gets its name, is one of my all time favorite songs. It sounds very familiar, like, well, a Pink Floyd album. On first listen, you can pick out familiar passages, echoes of earlier songs. This isn’t unexpected, as musicians are often drawn to certain melodic and chordal ideas that resonate with them. (Trust me, I use E minor to C major A LOT.)
It’s a cool, mellow album to put on and chill out to. Comfortable. I didn’t find it particular engaging, but it is enjoyable. It’s well executed, and the sound quality is flawless. I just really wanted it to be amazing. I was expecting more, a little more adventure, I suppose.
David Gilmour has steadfastly declared that The Endless River is the final Pink Floyd album. It is a warm, fitting tribute to the late Rick Wright. I recommend it, but it is not a must have by any stretch.

That Metal Show Night at Vamp'd ...