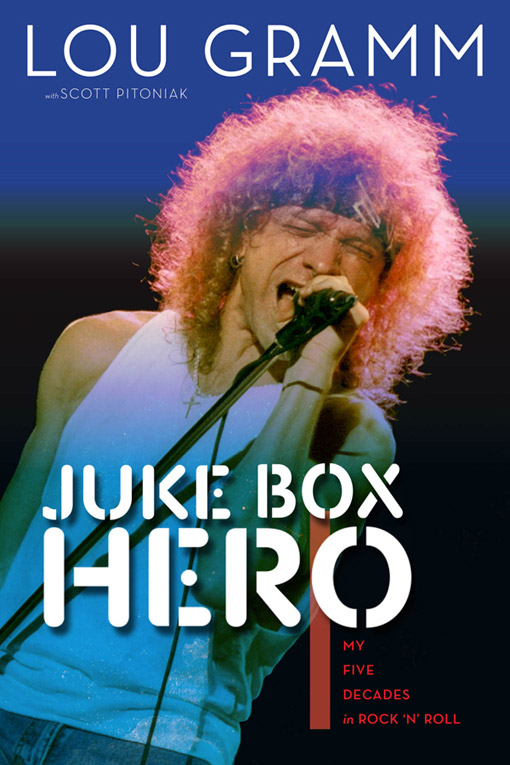 Juke Box Hero is an autobiography from Lou Gramm, co-written by Scott Pitoniak.

When it comes to classic rock bands, they do not get much bigger than Foreigner. From the mid 1970s right up to the latter days of the 1980s, the band scored some massive pop-rock hits, but vocalist Lou Gramm and his bandmates were no strangers to the dangers of excess. From his youth in which he discovered his musical talent, to his latter years beyond Foreigner, his life has been an interesting one, to say the least. At long last, Gramm has laid pen to paper and put down his story to tell.

Juke Box Hero, named for one of Foreigner’s most iconic hits, is the story of Lou Gramm’s life. Over the years, Gramm has seen highs and lows, and this is the story, direct from the man who lived it all. In this book, you will learn about Gramm’s childhood and initial interest in music, his early years in the band Black Sheep, the rise and fall of Foreigner, his journey to sobriety and positive health, and even a battle against a seemingly inoperable brain tumor.

In recent months, I have gone on a binge of reading rock star autobiographies, and overall, Lou Gramm’s is a worthy addition to my collection. Despite all he has been through in the world, you can tell Gramm is a humble man who appreciates what he has, and the sheer intensity of the journey that he has gone through over the years. From quarrels with bandmates to personal struggles with inner demons, Gramm has seen it all, and this book hits the highlights nicely.

In addition to the text, the book also includes a brief section of photos, chronicling different events in Gramm’s life, from childhood to present day; these were a nice touch. Overall the book is a solid read, but at 200 pages with only a few of them devoted to certain periods of time in his career, you cannot help but feel a little like some parts could have used some more emphasis. That said, though, you will still learn a lot here, and it is unlikely that fans will be disappointed in the end result.

Should you buy Juke Box Hero? At the end of the day, it comes down to if you are a fan of not. Fans of Gramm will enjoy reading about his life and how he came to be where he is today, renowned as a rock legend. It is fairly quick read, and despite the brevity of certain sections, it is essential for any fan.