X-Men: Days of Future Past Now Out On Blu-Ray and Packed With Action

One of the most popular comic book series in the Marvel Bullpen is X-Men. First launching in the early 1960s and co-created by Stan Lee and Jack Kirby, the series featured many of Marvel’s most popular characters who have stood the test of time, and gripping storylines combining science fiction action with deeper themes of tolerance and persecution alike. There is a reason that, over half a century after its debut, this has remained one of the most popular multimedia franchises of all time.

Following a successful cartoon series that ran for multiple seasons in the 1990s, the X-Men finally hit the big screen in 2000. Having run for 14 years, with a total of seven films being made to date (and an eighth on the way), this is now the longest running superhero film series of all time that is set in a single continuity (albeit with multiple timelines, but more on that later).

Because the X-Men movie rights are owned by Twentieth Century Fox, these movies are NOT a part of the Marvel Cinematic Universe that entails the Avengers and related characters. In fact, the X-Men series started eight years before the MCU began with Iron Man in 2008. Fox owns the movie rights to X-Men and Fantastic Four, and Sony/Columbia owns Spider-Man, which is why you do not see said characters joining up with their counterparts in the Marvel Bullpen.

Anyone who has followed the X-Men film series since it was launched so many years ago tends to agree that the series has its highs and lows. X-Men Days of Future Past is unique for a number of reasons. The seventh film in the series is one that is intended to “bridge the gap” between the “main” timeline the majority of the films have followed, and the “prequel/reboot” timeline that X-Men: First Class launched a few years back, featuring younger versions of the main characters. Furthermore, this film marks the return of director Bryan Singer to the franchise, who previously helmed the first two installments in the franchise (he had previously opted out of directing the third film to instead do Superman Returns).

To say that X-Men: Days of Future Past is the most ambitious film in the X-Men series to date is an understatement. Featuring a massive ensemble cast and a complex storyline that fuses the two parallel timelines the series has created, this is a huge movie in every sense of the words.

Naturally, this is a complicated storyline to condense, but it goes something like this. Years have passed since the events of X3: The Last Stand and The Wolverine. The world has become something of a post-apocalyptic wasteland, with nearly all of the mutants having been imprisoned or killed outright. Complex, robotic creatures called Sentinels can detect and hunt down the mutant gene, and our heroes are now on the run, doing their best to stand their ground against virtually unbeatable foes that can mimic their respective powers. Using telepathic, time-phasing powers, the group finds a way to send Wolverine’s consciousness back in time, into his body in 1973. There, Wolverine must do his part to reunite the past incarnations of Professor Xavier and Magneto, so that they can collaborate and prevent the implementation of the Sentinel Program, thus preventing the dark and bleak future from coming to fruition.

When you have a movie on the scale of X-Men: Days of Future Past, it can be very easy to create a bloated, overlong mess of a movie that no one will want to see, or that will leave comic book purists disappointed. The film is big and has more characters than any installment in this franchise that has come before, but director Bryan Singer and company step up to the challenge. It a series that has had its share of highs and lows, this fan can honestly say that Days of Future Past may be the best X-Men movie to date.

If there is one thing about the X-Men film franchise that has truly impressed me, it is the way that the filmmakers are able to take relevant, real world events (both past and present) and create thought-provoking storylines that will appeal to audiences. Moviegoers of all demographics are bound to find something they can relate to when it comes to the X-Men. The characters are strong and multi-dimensional; these actors have truly come full circle over the course of so many years in their respective roles, and the “new” cast in the past timeline, of the “younger” versions of the characters have “come of age” in their effort to inherit these roles for the inevitable sequel.

Days of Future Past is, admittedly, heavy on its complex story. Fortunately, the action never takes a back seat. The post-apocalyptic wasteland sequences manage to create a true feeling of defeat and despair, while the scenes set in the past contain their share of mutant action fused with a gripping storyline. Some standouts in the cast include newcomer Evan Peters as super fast mutant Quicksilver, who steals the show in every scene he is in (sadly, he pretty much gets the shaft after the first act). Much like in First Class, Michael Fassbender particularly impresses as the younger version of Magneto, torn apart from Xavier and his school for personal reasons that are all the more relatable to the viewers, especially if they have seen First Class first and know his troubled past. Other highlights of the cast include James McAvoy as the young version of Charles Xavier who has become a troubled, haunted man, and Jennifer Lawrence as young Mystique, slowly and effectively evolving towards the “future” version of the character we grew to love (or hate!) in the films set later.

Many characters receive minimal screen time due to the sheer size of the cast and the complexity of the story, but at the same time nothing goes unfulfilled here. We get exactly what we need; nothing more and nothing less. To try to emphasize the stories of more characters and to further elaborate on things likely would have bloated and convoluted things further. As far as I am concerned, the cast and crew have taken the “high road” here. 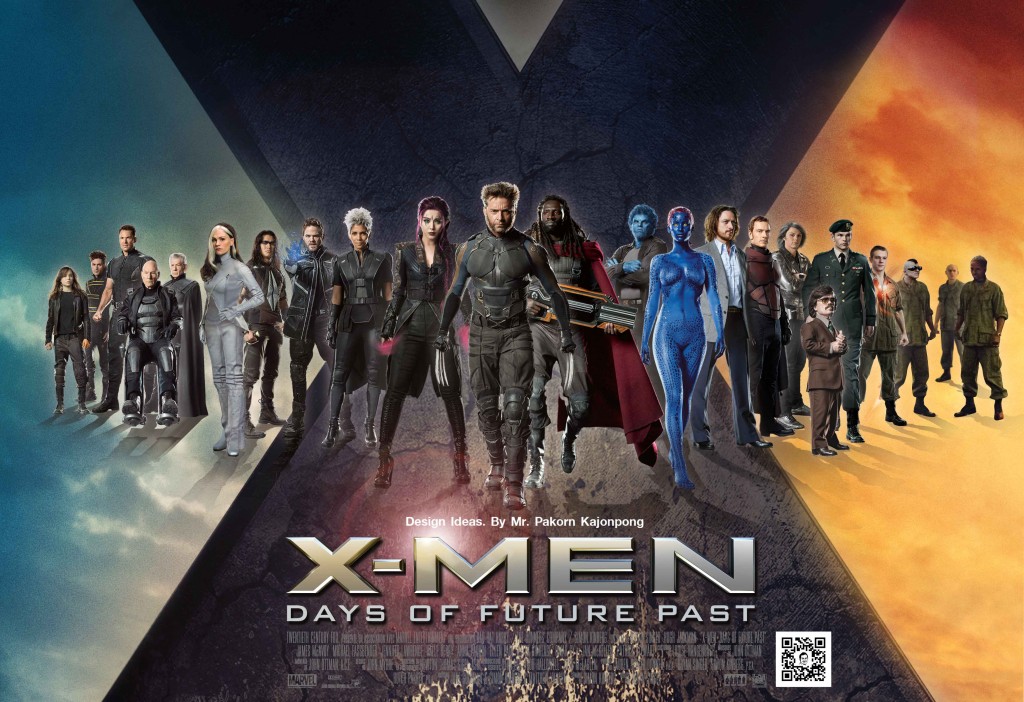 Is there anything about the film that this fan had issued with? Admittedly, it is not a perfect movie. You’ll wish Peter Dinklage had more screen time as the film’s primary antagonist and was given more material to work with here; he feels more like a “plot device” to advance the overall story than everything. Likewise, some questions from the old movies tend to go unanswered and this may confuse a number of fans (I will not go into details here, as this may include spoilers for people that have not seen the older movies). The last issue I tended to have here is that Wolverine is STILL heavily overemphasized as a character (he seems to be front and center in almost every movie, and even stars in the other “spin-off” titles as well) though Hugh Jackman still brings a great personality to the table despite that. In the end the good by far outweighs the bad. What flaws are present are largely negligible. The fans should be more than satisfied by what could very well be called the best X-Men film to date.

Of course, if you picked up this Blu-ray Disc, you are naturally wondering if the film looks and sounds decent enough in high definition. You do not need to worry; the presentation of this film is everything you are hoping for and more. It looks absolutely fantastic, with a detailed picture throughout that still manages to look and feel natural. Similarly, the audio quality does not disappoint either; it is a movie that takes full advantage of your speaker system and then some.

There are a handful of featurettes on the disc, including deleted scenes and behind the scenes footage/interviews/etc. The supplemental package is not bad, but may leave fans wanting more. There is already word that there will be a “directors cut” version of the movie released next year on home video, so fans may want to hold out for that version on the movie in the long run.

Overall, X-Men: Days of Future Past does not disappoint on any front. I was more than pleased with the crew’s handling of this complex storyline, and the combination of story and action alike comes together nicely here. The Blu-ray Disc looks and sounds fantastic, though fans may want to hold off on a purchase and consider the directors cut version of the movie that is supposed to be released next year. That said, however, this release does not disappoint in any way, and still comes strongly recommended for any fan!