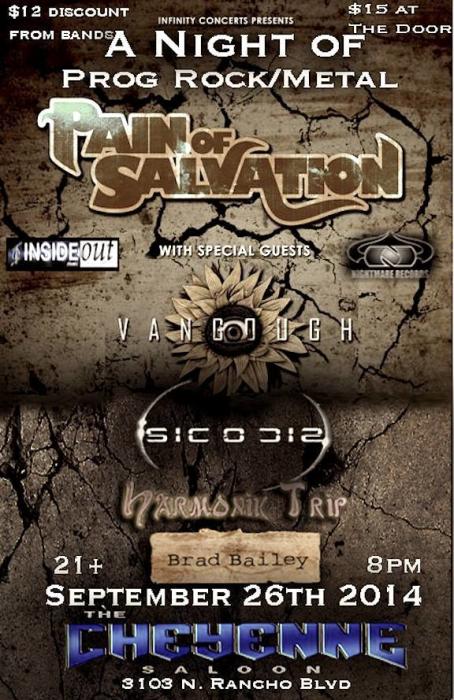 Flyer from the Pain of Salvation / Vangough Show September 26, 2014 - at the former Cheyenne Saloon

Progressive rock and metal fans were treated to an amazing night of music on September 26th. Prog rock legends Pain of Salvation visited Las Vegas for the first time in at least a decade, and brought an impressive display of musicianship with them.

I was one of the opening local acts, so I will forgo commenting on my own performance. Next up was Harmonik Trip, an instrumental trio describing themselves as doom metal. They definitely conjured an old school vibe, particularly the overdriven bass tones reminiscent of Geezer Butler on the Black Sabbath classic “N.I.B.” Their guitarist was creating some very cool atmospheric sounds over the rhythm section’s foundation. Following them was the metal powerhouse Sicocis. Great performances all around, particularly from the guitarists.

Touring support band Vangough hails from Oklahoma. Their latest album, Between the Madness, was well represented, along with a couple tracks from earlier albums. Killer riffs and groove, technical virtuosity, and really well-constructed songs made me almost not realize that these songs are quite long. I’m talking “an hour long set that only had six songs” long. Again, Vangough delivers some fantastic music and a great performance. 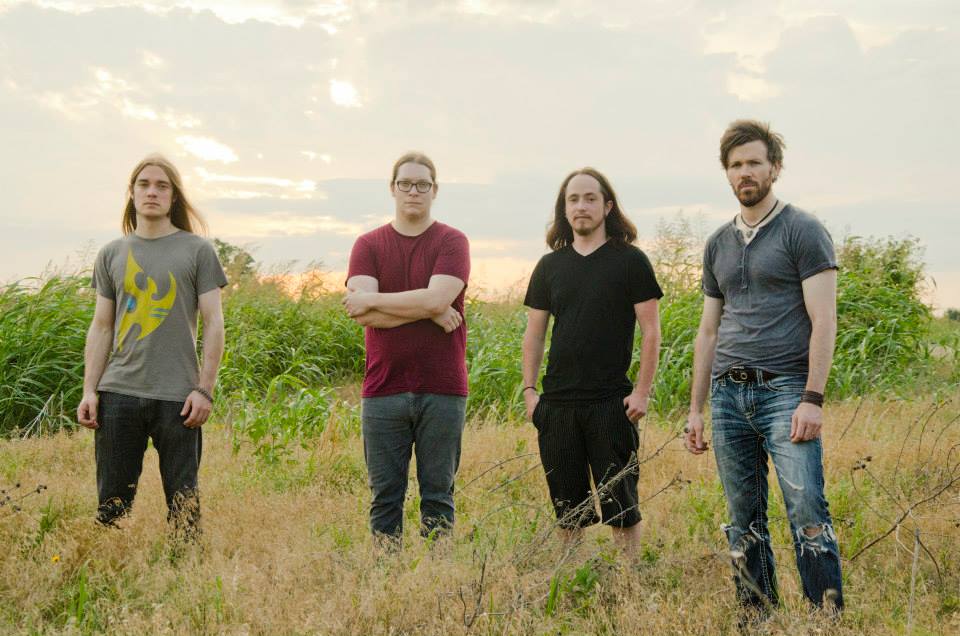 Finally Pain of Salvation took the stage. Lead singer/guitarist Daniel Gildenlow was apparently in an upbeat mood, wearing a bunny suit. Yes a bunny suit. A friend mentioned being somewhat distracted by the outfits. However, to me it looks back to Peter Gabriel’s days leading Genesis. Or they just were weird.

Right out of the box, Pain of Salvation exploded onto the stage. Gildenlow is an amazing vocalist, as well as a fantastic guitarist and composer. The parts are clever and intricate, but very engaging. The songs’ melodies are soaring, and the band’s vocal harmonies border on angelic. The 90 minute set was comprised almost exclusively of the earlier material which brought them their rightly deserved attention. Musically, this was easily one of the best performances I’ve ever seen. Vangough’s guitarist remarked, “they’ve pretty much been kicking our asses every night.”

Pain of Salvation and Vangough were sharing gear, a necessity due to PoS’ origins in Sweden making shipping their gear stateside very costly. Their differing styles and sounds created using the same equipment was remarkable. 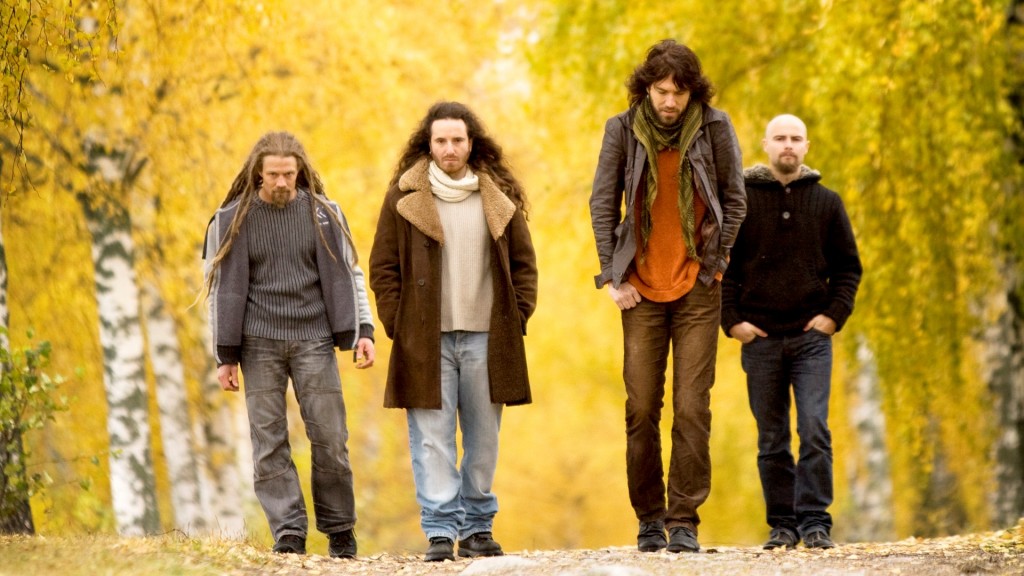 From Sweden- Pain of Salvation

The crowd was bit smaller than anticipated, possibly due to the inclement weather. Cheyenne Saloon is undergoing a transition to new ownership, and one of the casualties is their sound system. The vocals were difficult to distinguish, but even so, Pain of Salvation could still be seen as a mighty force, vocally and instrumentally.

I am hoping to see Vangough and Pain of Salvation again as soon as possible, and strongly recommend that the next time the opportunity avails itself, that you are there.

Richie Kotzen - Cannibals Is A Bit ...