Home›Features›Live Without a Net - Angel's First and Only Live Album Stands as One of Their Finest Works!

Live Without a Net - Angel's First and Only Live Album Stands as One of Their Finest Works! 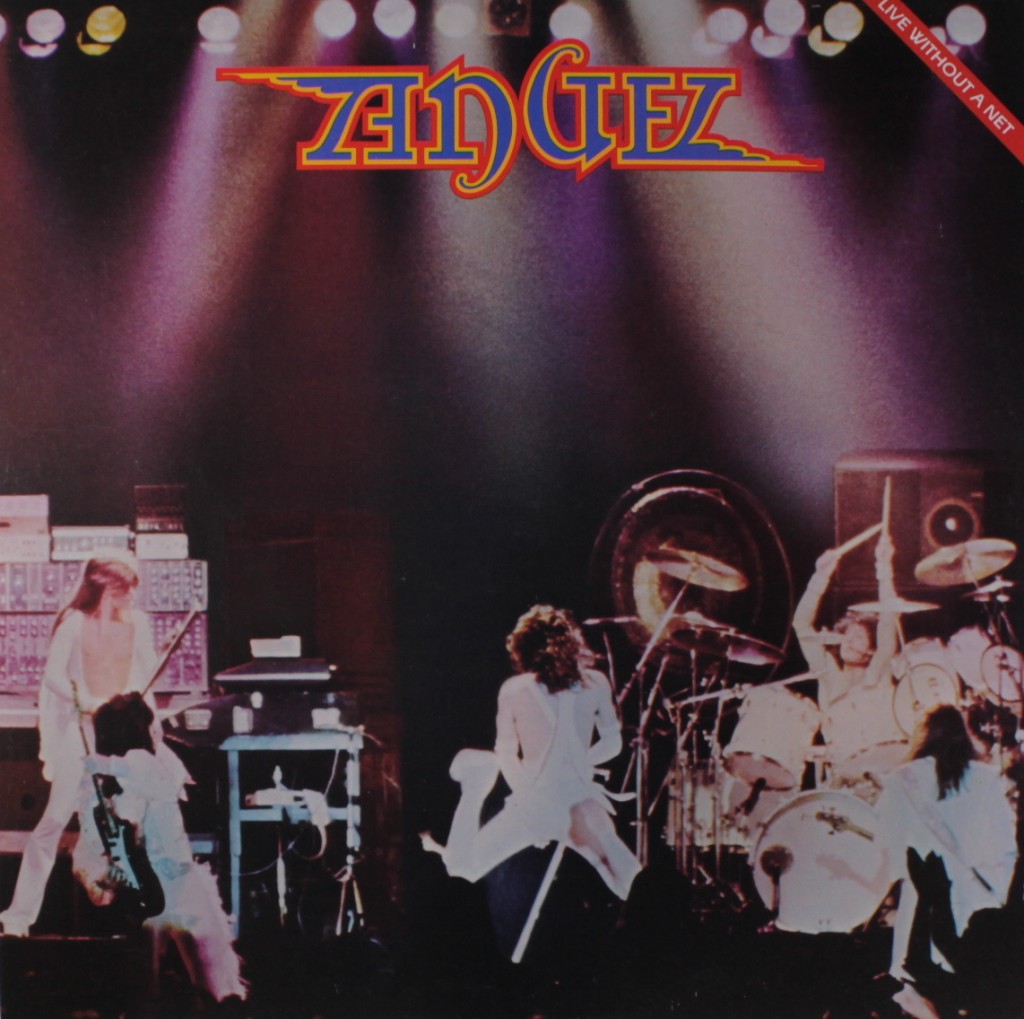 Angel's Live Without a Net was their only live album. It was released in 1980, following their classic five studio albums.

Amongst classic rock bands, Angel is one of the most criminally underrated. Signed to Casablanca Records alongside KISS, they were marketed as the extreme opposite – angelic figures dressed in all white, as opposed to the dark demons on the other side of the Casablanca coin. The band did have some modest mainstream success in the mid-late 1970s, but sadly, nowhere near the level of positive attention that they deserved throughout it all.

Angel were often ridiculed for their on-stage attire and set pieces, but were a far better band than people gave them credit for being in their heyday. Vocalist Frank DiMino had a distinctive singing style that could not be mistaken for anyone else, and keyboardist Gregg Giuffria’s work stood out across all of their albums. The band’s earlier albums tended to be harder rocking and more progressive, whereas they attempted to take on a more commercial sound near the end of their initial tenure together. In retrospect, many aspects of what the band was doing could be considered to be ahead of their time, and something of a precursor to the “pop metal” bands of the 80s. The members of Angel went on to pursue other projects, though only Gregg Giuffria had big mainstream success due to his participation in later bands Giuffria and House of Lords. There was a short-lived semi-reunion in the late 1990s/early 2000s, which spawned one studio album, but nothing more came of it.

Live Without a Net, released in 1980, was intended to do for Angel what Alive! did for KISS – break them into the musical mainstream. There were high hopes for everyone riding on this double live Angel record, but unfortunately, it did little to advance the group, and they fell apart not long thereafter. This was Angel’s most ambitious project of their career, and sadly, failed to achieve its goal in a career-oriented sense. But, as an album, how does it stack up? Is this an Angel album worth going back and revisiting, or one that should stay forgotten? 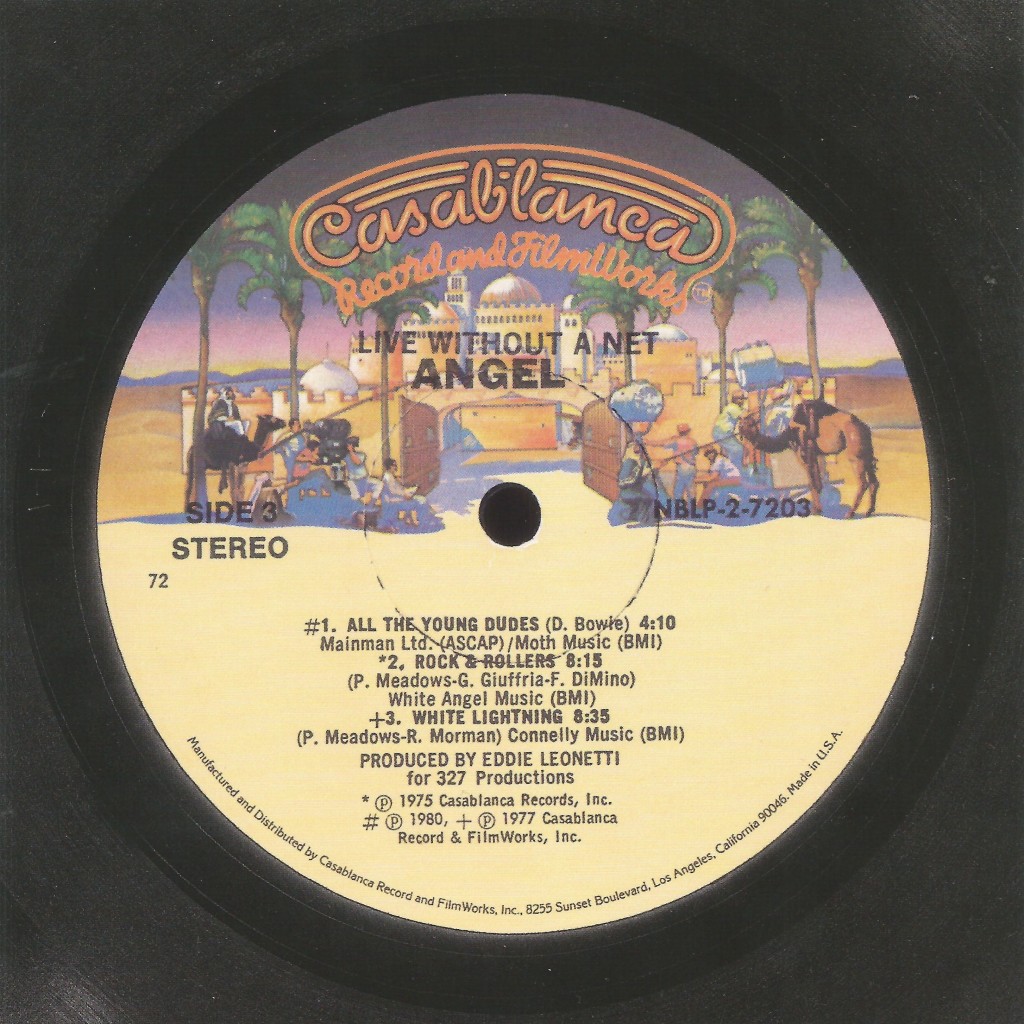 Angel was on Casablanca Records alongside KISS. Sadly, Live Without a Net did not break them into the mainstream like Alive! did for KISS.

It is a shame this record did not accomplish what it was meant to commercially, because it features the band at their absolute best, on a live stage. Through this album, you can see that the phenomenal studio work they did was no fluke, and that they were every bit as capable on a concert stage playing to countless screaming fans. The setlist is a nice mixture of songs from the first four Angel records as well as a few surprises, though there are some questionable omissions as well. Overall the result is phenomenal and gets the job done musically, though!

The actual performance itself is the best part of Live Without a Net. You get to see one of the greatest (and most criminally underrated) bands of their era on a live stage, playing their hearts out to their biggest of fans. The songs are not merely rehashes of the studio versions; the production helps to give the record a live feel and many of the songs do receive slight modifications for their performances here. The solos, of course, are one of the true standouts here. We get to hear Gregg Giuffria at his all-time best on the keyboards, and even a bass solo from Felix Robinson (who replaced original bassist Mickie Jones following their third record). These are solid renditions of the band’s best music, and there really are no dull moments from the performers. 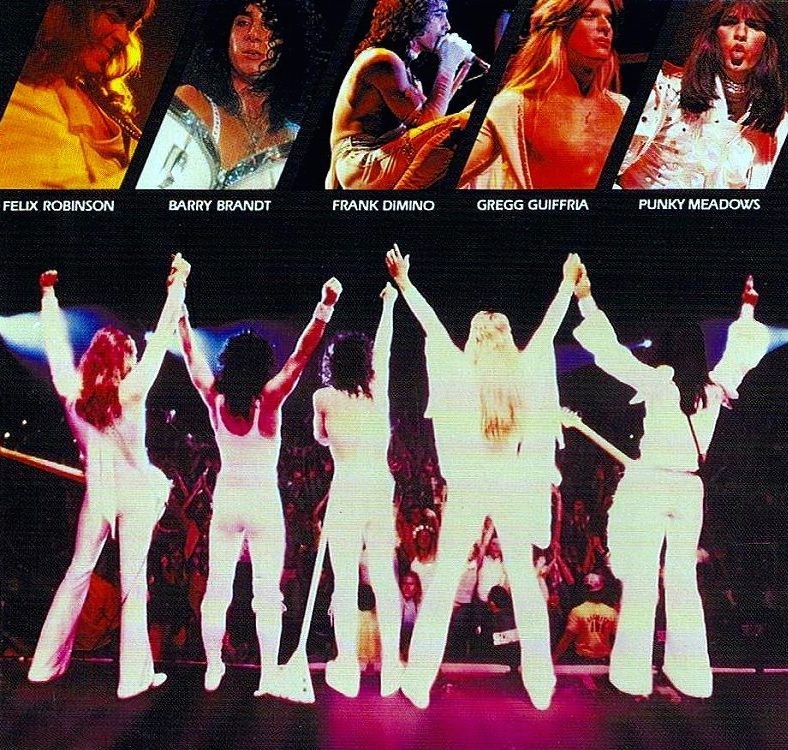 The Angel lineup that played on Live Without a Net.

You also get a solid setlist that covers the good majority of the band’s career. It is a diverse setlist covering most of their releases, so that you get the fairly popular songs coupled with some of the deep cuts, making it all the more interesting a listen. Classics like the Tower, Can You Feel It, Rock and Rollers, and 20th Century Foxes all get done up here, but the group is not afraid to dig deeper into their catalogue and perform underrated cuts like Telephone Exchange. Mixing it up one step further, we even get a cover of the Mott the Hoople classic, All the Young Dudes. A few strong, quality cuts are MIA (The Winter Song from White Hot being the big one), but this is really a small flaw in the grand scheme of things.

Live Without a Net seldom gets mentioned on lists of great live albums, just as Angel themselves never get the proper recognition despite having a sound all their own. The band recorded several quality albums, and this represents the band at their final peak, shooting for something great that sadly never came to be. But the musical results speak for themselves and make this a solid live album that is worth adding to your collection. Very highly recommended, but make sure you are buying the unedited 2CD version; early single disc versions make edits to cram it all on one disc.