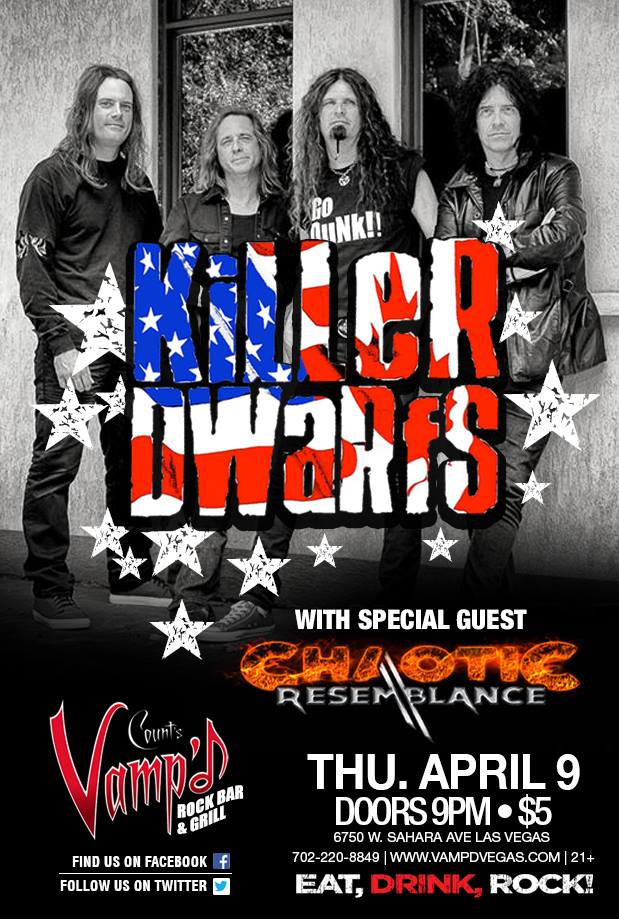 Canada’s Killer Dwarfs never quite got the mainstream attention that they deserved as a band, however it has not stopped them from continuing to tour and perform on a regular basis, remaining active and musically strong. Classic hits like “Dirty Weapons” and “Doesn’t Matter” remain amongst the best songs of their era and genre. The group recently put out [email protected], an album originally recorded in the mid 1990s, but not released until 2013. As fans in Vegas have not gotten to experience a Killer Dwarfs show in many years, this was a great opportunity for them.

It is always amazing and impressive to see what kinds of talent Vamp’d can attract, from international acts to local ones alike. The past several years have proven to be impressive as far as this goes, and remains as such to this day. Killer Dwarfs are another fine addition to this array of artists! The group’s lineup has changed a bit over the years, but has always included vocalist/guitarist Russ Dwarf and drummer Darrell Dwarf. Lead guitarist Gerry Dwarf has been with the band since the early 1990s. 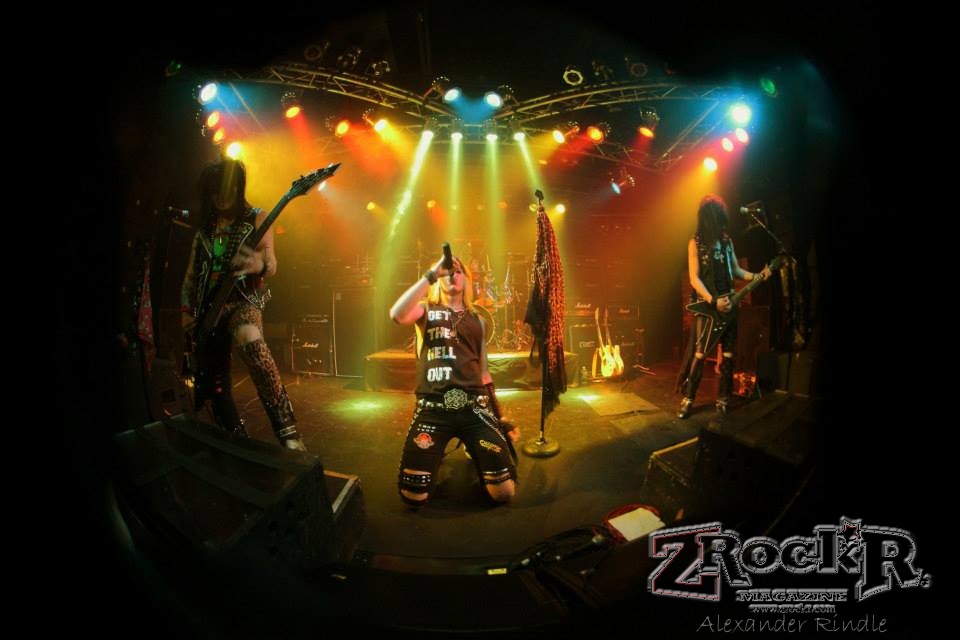 Chaotic Resemblance continues to rise in fame; they were the Killer Dwarfs' opening act this night.

Kicking off this show was Chaotic Resemblance, a band that has been rising in popularity in recent months. They have an image not unlike that of the rock scene of the past, but their sound is slightly more modernized, giving audiences a high-energy performance. These guys had attracted a number of younger fans to Vamp’d, and I am proud to see a group like this keeping rock alive. Even more noteworthy is that, while they performed a handful of cover songs, the group mostly played original material. This is a group worth keeping your eye on, and I look forward to seeing them open for Steve Summers later this month!

I will be the first to admit that I am a relative latecomer on the Killer Dwarfs bandwagon compared to some of the fans that have followed them for decades and attended this show. Despite that, this is a band whose antics and original sound won me over and made a fan out of me. The group actually released their first album way back in 1983 on Attic Records, so these Canadian rockers have been going strong for over three decades now, hard as that may be to believe! 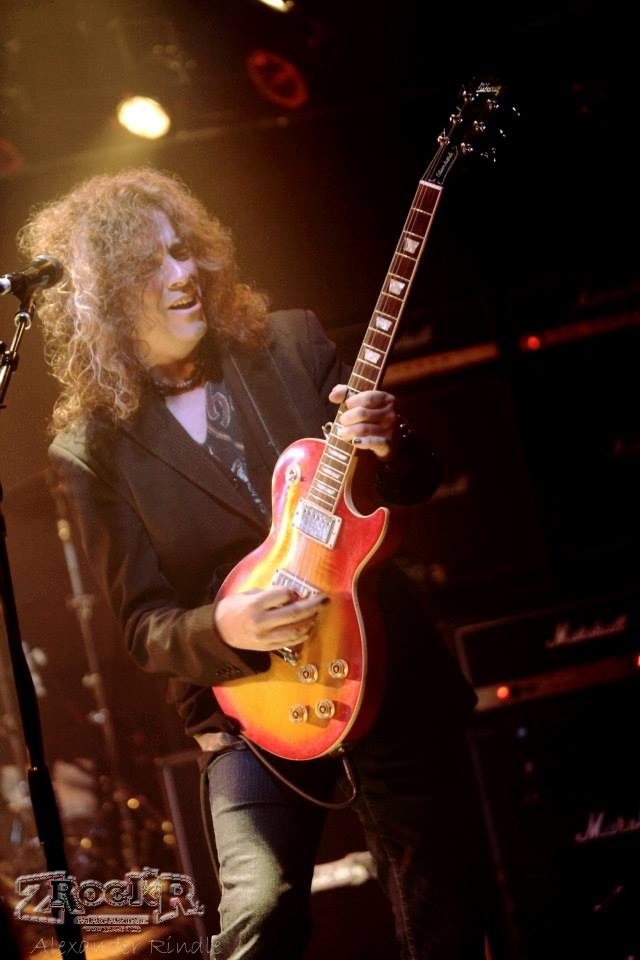 The group has a discography that spanned several years, though over the last two decades output from them has been relatively limited. The aforementioned [email protected] album has been the only thing released from the band in recent years, though this fan hopes we will get a newly recorded album’s worth of material in the future. Needless to say though, like many fellow rock fans in Vegas, I was more than a little excited to see the band live on an intimate club stage.

The Killer Dwarfs manage to impress fans due to a mixture of on-stage antics and diverse music. The whole band is great, but it is frontman Russ Dwarf that steals the show every time. On this evening, fans got to witness him falling down on stage (deliberately of course), performing headstands, leaping into the crowd and fraternizing mid-song, and even stealing a fan’s phone and making a call on stage! Russ Dwarf owned this evening. 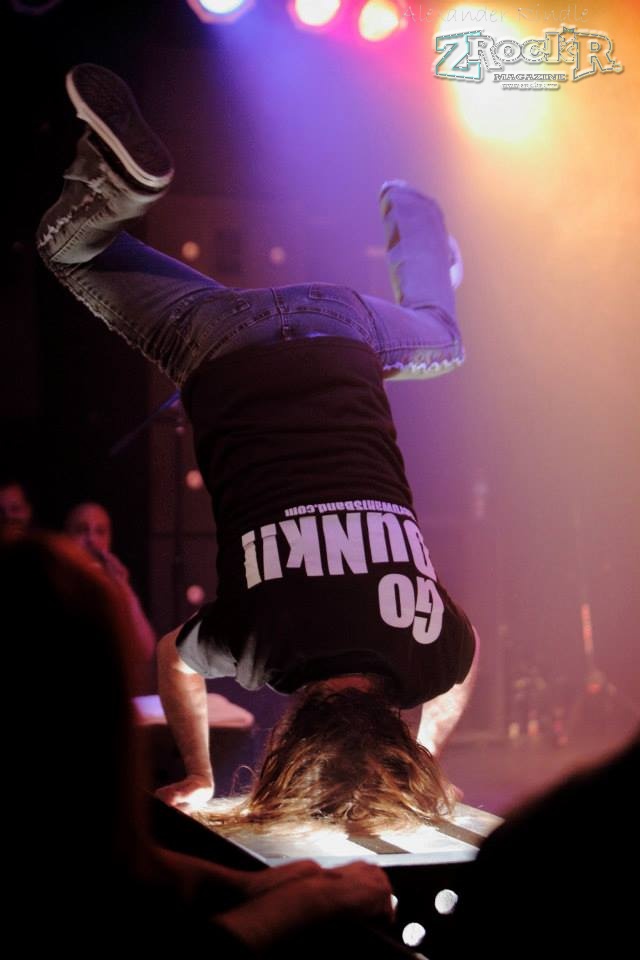 Russ Dwarf's on-stage antics stole the show at this gig.

The actual musicianship, thankfully, was equally solid. These guys have always been able to create a nice mix of rockers, ballads, and everything in between; fans would be inclined to agree that this was yet another solid rock show in Vegas! It is great to see the band has returned to Sin City for the first time in a very long time; their musicianship is as great as ever, and this fan, for one, is optimistic that the group will eventually record a new album, and continue touring as well.

With a great setlist and on-stage antics that took the audience by storm, the Killer Dwarfs put on a great damn show at Vamp’d. It is no surprise that this group continues to maintain a loyal following over three decades after releasing their debut album. Do not pass up a chance to catch them live and in person!

All photos copyrighted to ZrockR and Alexander Rindle.

Michael Schenker and the Temple of Rock ...