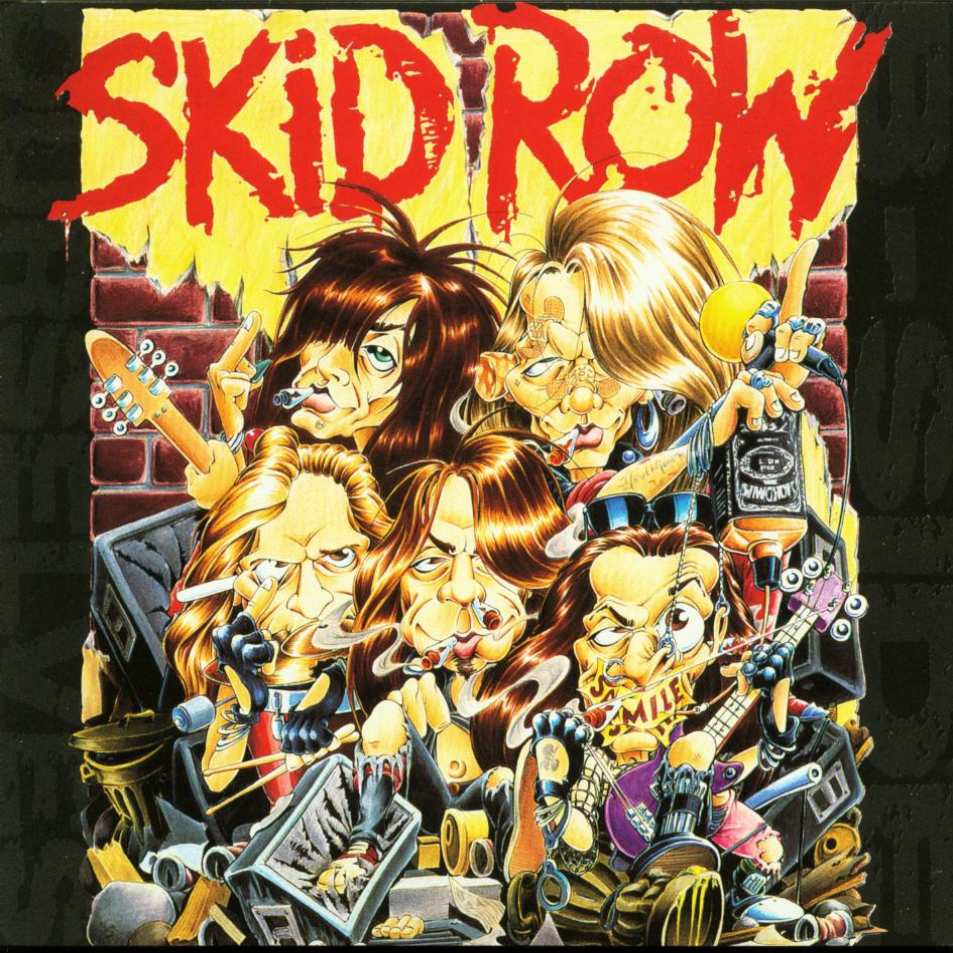 B-Side Ourselves is an EP released by Skid Row in 1992. It is comprised entirely of cover songs.

In the late 1980s and early 1990s, Skid Row was one of the most promising high energy hard rock bands in the land. The group has endured for years, but never topped their classic lineup of Sebastian Bach, Rob Affuso, Rachel Bolan, Scotti Hill, and Dave “Snake” Sabo. It was this lineup that recorded the band’s first three albums, Skid Row, Slave to the Grind, and Subhuman Race. Bach was fired from the band following the release of the latter album, and there has never been a reunion of that version of Skid Row.

But, this is a review covering a little known release in the band’s catalogue. Following the release of Slave to the Grind, the group released an EP entitled B-Side Ourselves, featuring five cover songs from artists that had influenced the quintet. Amidst the three studio albums the classic lineup of the band recorded, this release is often overlooked and forgotten. Is this release worth adding to your collection if you are a Skid Row/Sebastian Bach fan?

For this EP, Skid Row picked out a good assortment of tracks; very diverse but ones that the band all manages to do justice to. One thing I admire about Skid Row is how varied their musical influences were, covering multiple facets of the rock and roll spectrum. Skid Row fans will agree that this is an underrated release from the group and one that is essential to pick up. What are the songs on here and how do they fare? Read on to find out!

-"Psycho Therapy" (featuring Taime Downe of Faster Pussycat, originally by the Ramones)
Not surprisingly, the Ramones remain one of the most popular bands out there for classic hard rock bands to cover. Fast paced and heavy, this one scores points for staying true to the high energy feel of the original, but the group also manages to put their own spin on it as well.

-"C’mon and Love Me" (originally by KISS)
It is no secret that Sebastian Bach is one of the biggest KISS fans on the planet. The group deserves credit for performing a song that is not necessarily the most obvious choice to cover as well. Once again, the group does justice to the song, but they do not simply copycat the original; all the more reason I enjoy Skid Row’s take on this one!

-"Delivering the Goods" (featuring Rob Halford, originally by Judas Priest, recorded live)
The speech Sebastian Bach gives before this one makes it clear what admiration that he has for Priest’s iconic frontman. The two of them team up on stage to deliver a blistering rendition of one of the most legendary songs in the Priest back catalogue. This will never be mistaken for the original, but that is not necessarily a bad thing either. Halford’s presence makes the moment all the more iconic and interesting.

-"What You’re Doing" (originally by Rush)
Bach and the boys could easily have covered any of the most obvious of Rush hits following Rush’s transformation into prog rock legends. Instead, the group opted to give us fans a cover of a song from the band’s first studio album, back when they were still more traditional hard rock and did not yet begin working the prog rock into their music. This is another instance of the group doing a good job covering a classic tune, but at the same time, taking ownership and making it their own.

-"Little Wing" (originally by Jimi Hendrix)
You cannot deny the impact Hendrix had on many of those that grew up to be classic hard rockers. Again, major credit for the band not picking an obvious hit song. The group is able to maintain the melodic feel of the original song, but still makes it rock hard at the same time. It is the best of both worlds, and definitely one of the better Hendrix covers out there.

Overall, this is a fantastic EP. Even though it is only about 20 minutes in length, all five tracks are superb cover songs that deserve to be heard. Do not overlook this release if you are trying to build a collection of CDs covering Skid Row’s most iconic and classic years. Highly recommended to all fans of Skid Row and/or Sebastian Bach.