Home›Features›A Look Back at Two Tracks with the Original AC/DC Singer.... And I am NOT Talking about Bon Scott!

A Look Back at Two Tracks with the Original AC/DC Singer.... And I am NOT Talking about Bon Scott! 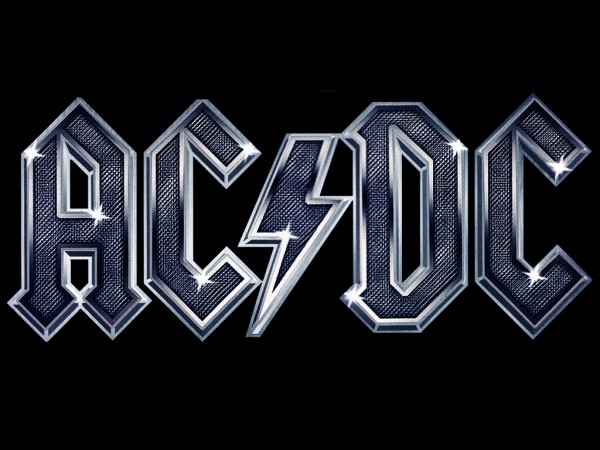 For over four decades, AC/DC has been rocking the world.

AC/DC is, without question, Australia’s best known rock and roll band of all time. Over four decades, these Aussies have rocked the world and left a lasting impression on many a fan, young and old alike. They are just as popular today as they were back then, if not more so. The death of classic vocalist Bon Scott in 1980 did not deter them from taking over the world of hard rock  permanently.

Wait, what’s that? AC/DC had another singer before Bon Scott?

It is true. Bon Scott, contrary to popular belief, was not AC/DC’s original vocalist. Prior to Scott’s tenure with the band, their vocalist was Dave Evans. Evans was with the band for less than a year prior to being dismissed; it was believed that he was not a good fit for the direction that the band wanted to move in musically, and that he was more along the lines of a glam-style vocalist. Evans would later sing with the band Rabbit, and record a number of solo albums.

Surely you must be wondering, did this “original singer” of AC/DC actually record anything with the band? Only one single was ever released with Evans, which was a single. Side A of this single featured “Can I Sit Next To You Girl,” a song later rerecorded when Bon Scott became vocalist. Side B featured another track, “Rockin’ in the Parlour,” which the band never revisited in  later incarnations. Almost needless to say, this single has never been issued on CD or any modern format. However, they are available for listening on video sites like YouTube.

So, how exactly do these songs measure up, and are they worth revisiting? The original version of "Can I Sit Next To You Girl” is not too far off from the better known version in terms of its instrumentation; it does feel rawer and less polished in that regard though. Evans’ singing style is a far cry from the one you are used to hearing Scott sing the song in, and it quickly becomes clear that, while a good vocalist in his own right, he was definitely not a good fit for the “down and dirty” rock and roll attitude that the group was looking to convey. That said, this version of the song is definitely not a total loss, and it is fun to listen to it and compare it to Scott’s version. This will not dethrone the better known, rerecorded version, but fans should give it at least one listen.

The second of the two tracks on the single is Side B, “Rockin’ in the Parlour.” Of these two songs, this is probably my preferred one, likely because the band did not revisit it later on with one of their better known singers, and because the overall sound is more conducive to Evans’ singing style. It is definitely a far cry from the tunes the band would record on their first albums with Bon Scott a few short years later; this song likely could have been a hit if it had been recorded at the time by a better known band. Like Side A on this single, you will want to give this song at least one listen, and get an idea of AC/DC sounded like when they were starting out.

Overall, these two songs, despite not ever being rereleased in their original form with Dave Evans, are well worth revisiting for AC/DC fans who want to get an idea of what the band started like before they recruited Bon Scott and made rock and roll history. Check out the links on this page to get an idea of what I am talking about here, and you will get an interesting look back at the band’s early formative period. Fans of the group owe it to themselves to hear these songs at least once.

Interesting trivia: George Young, the older brother of Angus and Malcolm, who produced many of their early AC/DC recordings, was a member of the Easybeats in the late 1960s. George co-wrote their international hit song “Friday On My Mind.” Another Young brother, Alexander, remained in England when the rest of the family moved to Australia. Alexander played in a band called Grapefruit, which was signed to the Beatles’ Apple Records label.

Steve Summers - The Voice of Pretty ...

Accountable Beasts - Is the Latest Solo ...