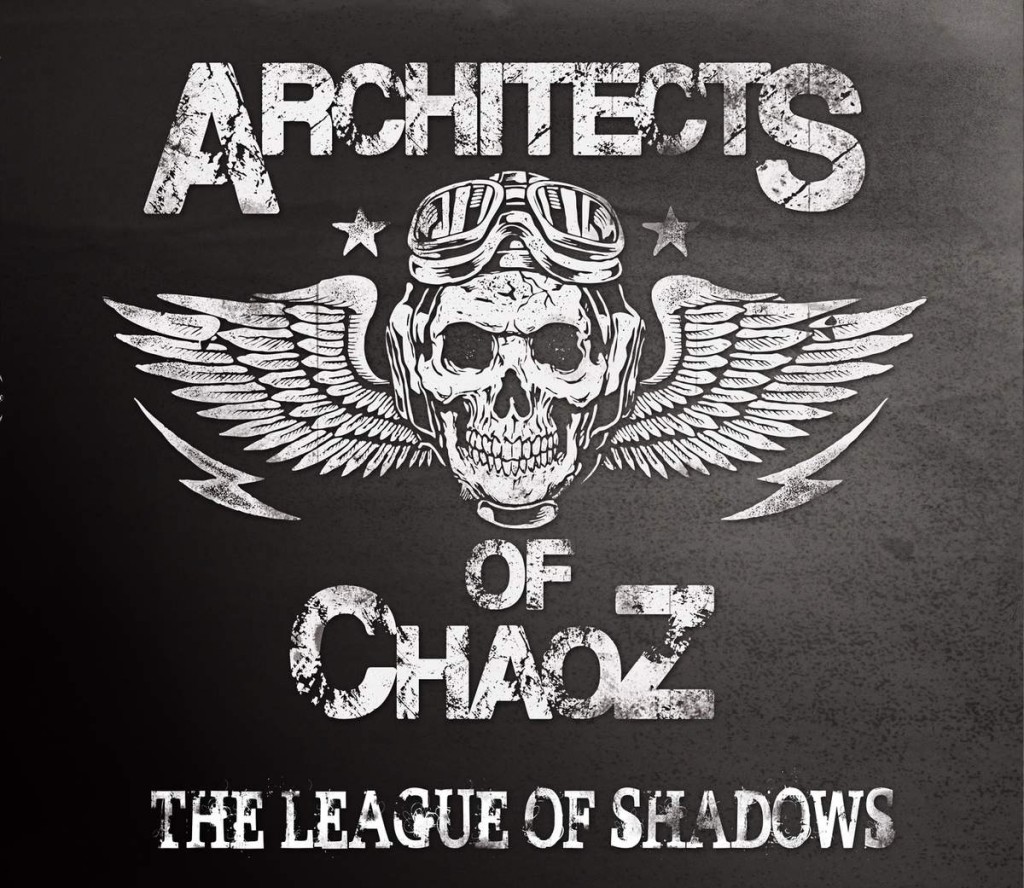 The League of Shadows is the first album from Paul Di'Anno's new band. Architects of Chaoz.

Iron Maiden would rise to fame in the mid 1980s with vocalist Bruce Dickinson spearheading the way, taking the band in a more epic and progressive direction. But it was those first two LPs with vocalist Paul Di’Anno that helped to cement their place as a part of the fledgling New Wave of British Heavy Metal. Di’Anno largely disappeared from the public spotlight following his stint with Maiden, though continued to play with a number of other bands and artists over the years. None of this material has approached the popularity of those first two Maiden records, though.

To say Di’Anno’s life has been eventful would be an understatement. Drugs and alcohol have dominated much of his life, leading to much turmoil, jail time, and even cancelled tour dates. Initially planning a retirement a few years ago, Di’Anno scrapped these plans and has recorded a new album with his new band, Architects of Chaoz, featuring members of the Phantomz, which was previously Di’Anno’s German touring backup band.

In many ways this marks a new beginning for Di’Anno, but how does the release actually measure up? People have been wondering about how this new release would turn out. It is the return to the musical forefront Di’Anno has been trying to accomplish after over all these years, or a critical failure that does not reignite his former heavy metal greatness?

After having given this record a few listens, this fan is still torn as to his feelings on the release. The material here is mostly hard and heavy, with a nice combination of power metal and more modern hard rock sounds. It is clear Di’Anno’s backing band is very talented… unfortunately, far more so than Di’Anno himself.

The big problem with this album is that the music itself is actually very solid, but in addition to Di’Anno’s voice having not aged as well as many of his musical peers, it is just not right for the material. You cannot help but wonder if Di’Anno’s backing band here were Iron Maiden fans themselves, and wrote material that would have been better suited to one of the other Maiden singers, like Bruce Dickinson, or possibly even Blaze Bayley. Di’Anno’s aging, raspy voice is clearly showing signs of wear and tear throughout this release; the man has lived an intense, fast life on and off the stage and it has caught up with him over time. In the hands of a better vocalist or one better suited for the material, this could have been a potentially great album. But as is, it is very much a middle of the road affair.

This release is surprisingly good in terms of the musicianship at hand; Di’Anno definitely has the best backing musicians here he has had in years. Unfortunately, Di’Anno himself is the weak link here; these musicians would be better off with a vocalist more befitting of their musical style. In the end, I can give this one a modest recommendation, but nothing more.