Home›Reviews›Darth Plagueis - One of the Best Star Wars Novels to Date!

Darth Plagueis - One of the Best Star Wars Novels to Date! 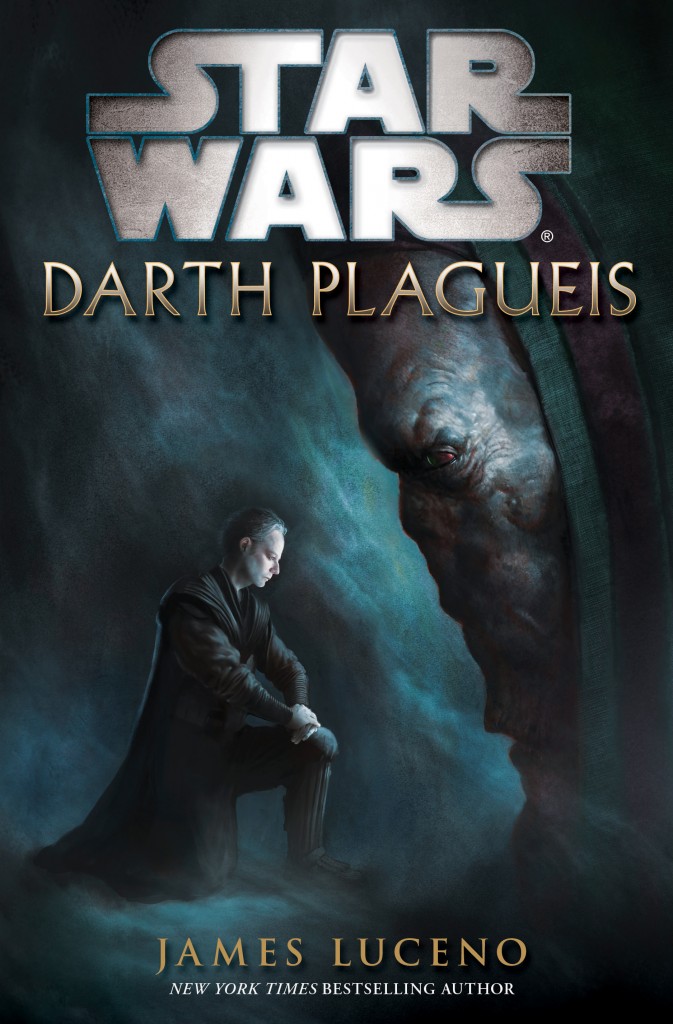 Darth Plagueis, released in 2012, is a Star Wars novel from James Luceno.

NOTE: This review does contain potential spoilers for people that have not seen the Star Wars films. Read ahead at your own risk.

As any Star Wars fan knows, the series is not limited to the classic three films and the three prequels. An Expanded Universe has existed for nearly as long as the original film, and has seen countless tabletop games, comics, video games, novels, reference books, and far more other things than can be listed here. The Galaxy Far Far Away features countless examples of all of the following, some good, some bad. It is no surprise that Star Wars remains an unrivaled entertainment media powerhouse, even nearly four decades after the original film's release.

In recent years, it was announced that with Disney’s takeover of the Star Wars franchise, all previous Expanded Universe material was being retconned and deemed non-canon. These former Expanded Universe stories have been rebranded under the Star Wars Legends banner; all newer EU stories/games/shows/etc. are being done more closely in conjunction with the filmmakers and crew, so those WILL be canon. Darth Plagueis, written by James Luceno, was one of the last novels written prior to the “Expanded Universe Purge” mentioned here. Originally slated for a 2008 release, the book was cancelled but later completed and released in 2012.

Darth Plagueis is the story of the eponymous Sith Lord, who later became the master of Palpatine, the future Supreme Chancellor/Emperor/Sith Lord Darth Sidious. The novel is divided into three sections, and follows Darth Plagueis from his early years in the service of his own master, to eventually gaining his apprentice and working in secret to manipulate events all around the galaxy, as well as leading a quest in secret to discover the secrets to creating life and gaining immortality. The novel initially explores a period taking place decades prior to Episode I: The Phantom Menace, though near the end, the novel overlaps that film and its immediate aftermath.

Star Wars novels are hit and miss. I am a die hard fan of the franchise and will not hesitate to say that there are both duds and gems in the world of Star Wars books. Darth Plagueis, however, gives interesting insight and backstory to several characters from the films, and explores the “behind the scenes” nature of the way many of the events in the galaxy came to be over the course of the films. Have you ever wanted to learn about the Sith Lord that trained Palpatine? How Palpatine entered galactic politics to begin with? The circumstances of how Padmé Amidala became Queen of Naboo at such a young age? The origin of Darth Maul? Why Count Dooku left the Jedi Order? Where the Clone Army came from, and who actually placed the order? All of these questions are explored over the course of the novel. It is just a shame that such a well written Star Wars story is likely going to be rendered non-canon as a result of the reboot of the Expanded Universe; James Luceno has given audiences what may very well be the new definitive Star Wars novel.

Not every Star Wars author is able to capture the atmosphere of the galaxy that we saw on the big screen, but Luceno certainly has that gift. Throughout the course of this novel, spanning multiple decades in the Galaxy Far Far Away, any fan’s attention will be glued to the narrative from start to finish. This book combines gripping drama, action, and an intriguing plot that ties directly into the films; it serves as the story not only of Palpatine’s Sith Master, but also of Palpatine himself, including the future Emperor’s younger years on Naboo. There are even a lot of little “in-references” that only die-hard fans of the films will understand; I found this to be all the more interesting as a big fan myself.

If I have one minor complaint with an otherwise stellar novel, it is that the chapter lengths are sometimes excessively long. At times, there are complete scene transitions, and these probably would have been better places to break the chapters off altogether. Still, when you are this intrigued by the series of events going down, you will come to find that you do not mind taking the time to read chapters that are a little longer. Luceno clearly understands the Star Wars mythos, and it shows on every single page of Darth Plagueis.

If you are still interested in going back and reading Star Wars Legends stories despite the “Expanded Universe Purge” that has occurred in the wake of a new film being released, Darth Plagueis is strongly recommended. Gripping and intense from its opening prologue to its conclusion several decades later, this is the best Star Wars novel I have read in years. Once again, it is just a shame that it will likely be rendered mostly non-canon as a result of the EU overhaul. That should not stop a Star Wars fan from picking it up and giving it a read, though. The Force is with James Luceno, who has produced another more than worthy Star Wars tale!