Home›Reviews›Armored Saint at Vamp'd - When the Saints Go Marching in.... To Melt Sin City!

Armored Saint at Vamp'd - When the Saints Go Marching in.... To Melt Sin City!

Armored Saint are amongst the all-time greats when it comes to classic heavy metal. Phil and Gonzo Sandoval, Joey Vera, John Bush, and Dave Prichard were never the most popular heavy metal band in the world (or even the United States for that matter) but it did not stop them from unleashing a heavy metal assault on the world that maintains countless fans to this day. Iconic songs like “March of the Saint,” “Can U Deliver,” “and “Reign of Fire” rank as classic anthems to this day. The death of Prichard in 1990 dealt a blow to the band, but it did not stop them from making people around the world bang their heads; Odin axeman Jeff Duncan stepped in to fill the void and has been with the band during their active periods ever since. Over the years, Armored Saint activity, including album releases and tours, has become more sporadic due to other projects of band members, including Jeff Duncan’s participation in a number of other groups, and stints in which John Bush served as the frontman of Anthrax in the absence of Joey Belladonna.

It had been five years since we got an album from Armored Saint, but they delivered (insert random "Can U Deliver" joke here) in 2015 with the release of Win Hands Down. The quintet has seemingly returned from nowhere to conquer the world of hard rock and heavy metal all over again. With their presence at Count’s Vamp’d on this evening, Vegas metalheads came out to bang their heads in full force – the Vamp’d crowd packed the venue to capacity and was easily one of the biggest masses of metal fans I have ever seen rocking out there. That should speak for Armored Saint’s ability to maintain a steady fanbase; something many other artists from that era struggle to do in this day and age! Of course, supporting the Saints were some of the finest heavy metal bands that Sin City has to offer. 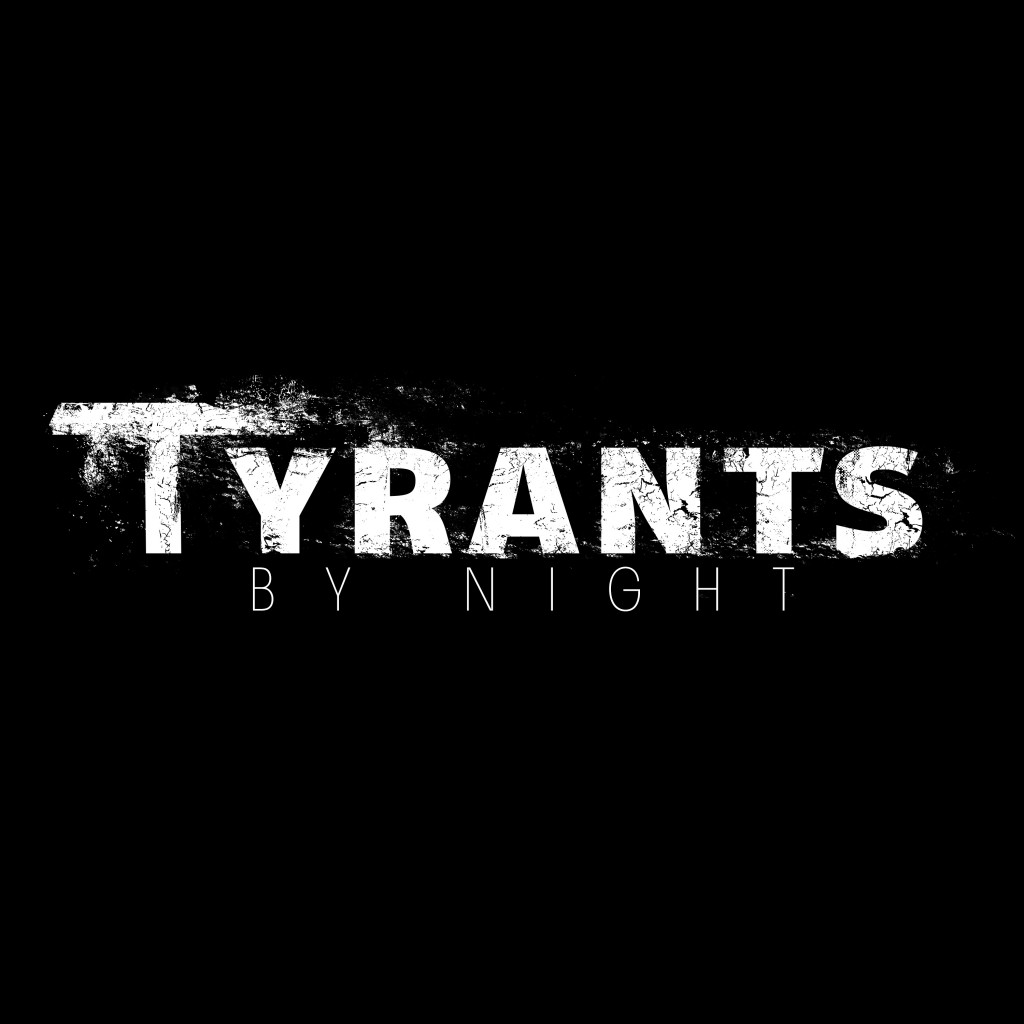 Tyrants By Night was one of two support acts at the show.

Opening the gig for the event was Tyrants By Night, a group I have heard about countless times and that is continuing to build a following. Despite being long associated with their bassist Bryan Hill, this was my first time seeing them perform live. One of the interesting things about the opening act at Vamp’d shows is that, sometimes, you get an unexpected surprise. Tyrants By Night was the surprise of this evening; their thrash metal style clearly harnesses the influence of groups like the early version of Metallica, though they are also capable of bringing melodic elements into the mix where they see fit. The result is some of the heaviest metal in Las Vegas, with charismatic players that definitely got this audience fired up from the very beginning. This was my first Tyrants show, and it will certainly not be the last. 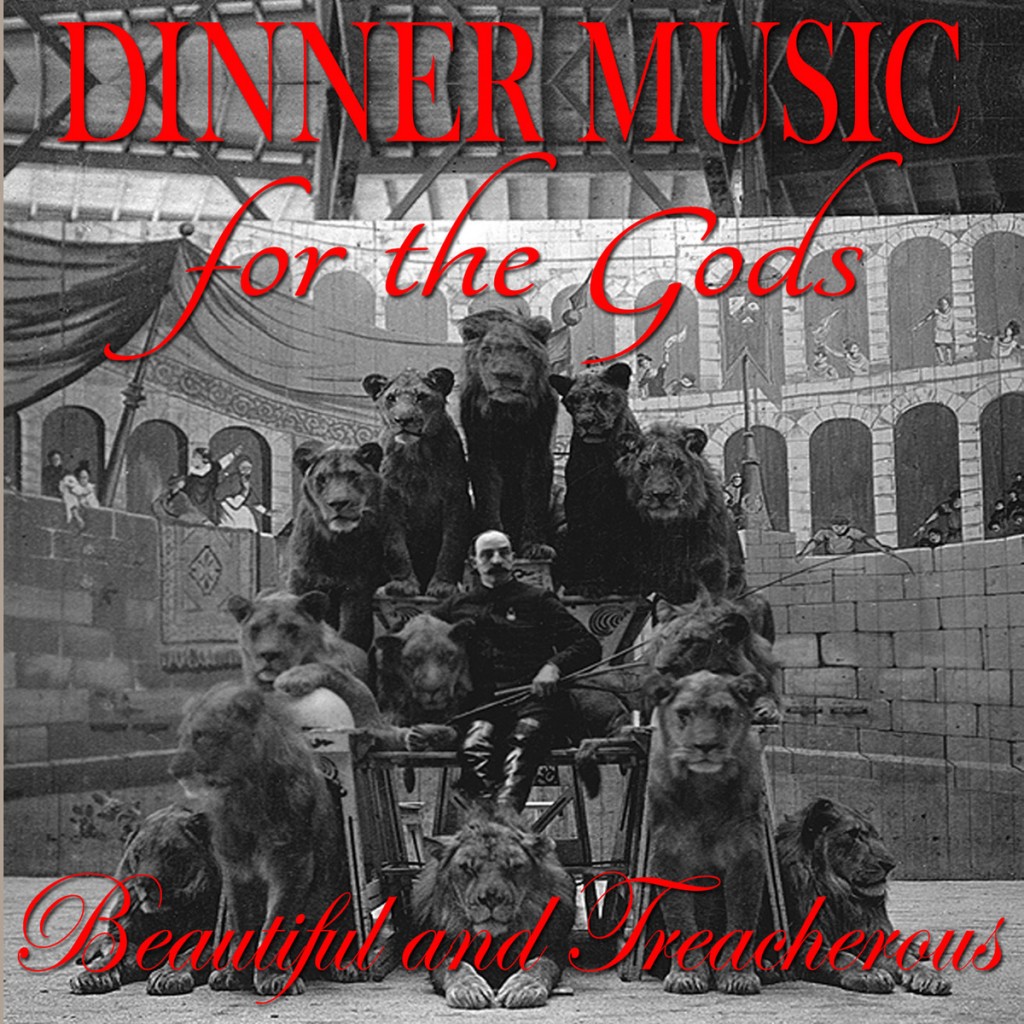 If you are a metal fan in Vegas, it is likely you are already familiar with Dinner Music for the Gods.

Moving from a newer band on the Vegas scene to one that has established themselves over the course of the past several years, Dinner Music for the Gods was the second of the two support acts on this evening of headbanging. There is no shortage of metal bands in Sin City, but Dinner Music is different, in that their approach is entirely instrumental, and takes on more of a melodic, symphonic sound. This makes for a rather interesting listening experience. The group has released a number of CDs out here already, and even mentioned during the gig that they had worked with legendary producer Kevin Shirley (for the unfamiliar, this is the guy that has produced the most recent Iron Maiden albums). Their musical experience was once again well received by their audience, with their set even featuring an strange (but excellent!) mash-up of Iron Maiden’s “The Trooper” and “Ghost Riders in the Sky.” There is a reason Dinner Music maintains one of the best reputations on the Vegas scene, and one can only hope that they eventually get the international recognition that they are worthy of. 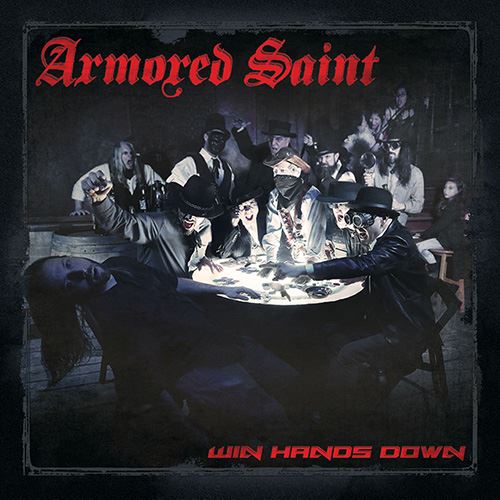 Win Hands Down is the latest studio album from Armored Saint.

But of course, it is the mighty Armored Saint that drew this packed crowd to Vamp’d. When the venue is so packed you can barely move without bumping in to one of your fellow headbangers, you know that the headliner is still going strong and is one worthy of their following! The group did not waste any time starting the show, unleashing the title track from their latest record, Win Hands Down, and immediately following it up with the classic title cut from their full-length debut LP, “March of the Saint.”

The setlist for the evening tended to fluctuate from older hits from the band’s 80s heyday to songs from the new record; it has been receiving rave reviews from a number of headbangers out there, this one included. The quintet is still tight and musically proficient; even three decades later it is clear that do not plan on letting go of their musical pursuits. Any fan that came to see the band saw a group of artists that rank amongst the best in the world of heavy metal. Of course the group was not above having a sense of humor, including band members poking fun at people having to drive home the next day through rush hour traffic, and even proclaiming Jeff Duncan to now be a Las Vegas resident (and he has certainly kept busy out here and abroad alike!)

It was a high-energy mix of old and new tunes alike, and those who attended the show saw for themselves just what the band was capable of. Following performances of two of the band’s biggest hits, “Reign of Fire” and “Can U Deliver,” the group returned to deliver some powerful encores. Following the end of the show, the members of the group sans Bush eventually came out to mingle with the crowd, signing autographs and taking pictures with the fans that stuck around.

With the release of Win Hands Down, Armored Saint has reestablished their presence in the world of heavy metal, and this blistering, intense performance was yet another of the great ones Vamp’d has put on this year. Fans of Armored Saint or even classic heavy metal in general would be wise to pick up the latest record, and to attend the band’s tour dates. It’s the "March of the Saint" all over again…. and it is good!

Wednesday 13 Brings a Touch of Darkness ...