When discussing classic speed/thrash metal, everyone pretty much agrees with the BIG 4- Metallica, Megadeth, Slayer and Anthrax. When asked who a fifth band on the list would be, you'll hear suggestions such as Exodus, Nuclear Assault, and more often than not-New York City's Overkill. Although still plugging away, Overkill never reached the sales and popularity of the BIG 4, most people familiar agree on one thing: Original guitarist/songwriter Bobby Gustafson is a legend.

Although he parted ways with Overkill over 20 years ago, his songs from the group's first 4 records still make up the majority of the band's live sets, and his guitar playing influence is everywhere. Now, after laying low for a while, Bobby has released an EP of new, original material with his band Satan's Taint : Songs For The Einherjar.

The EP is 5 songs of blistering metal, with Bobby's patented orchestrated solo work throughout. It's classic and yet fresh all at the same time, and a must have for any fans of his earlier work. I had the pleasure of speaking to him recently about his new band, his old ones, and his thoughts on music today and in general. 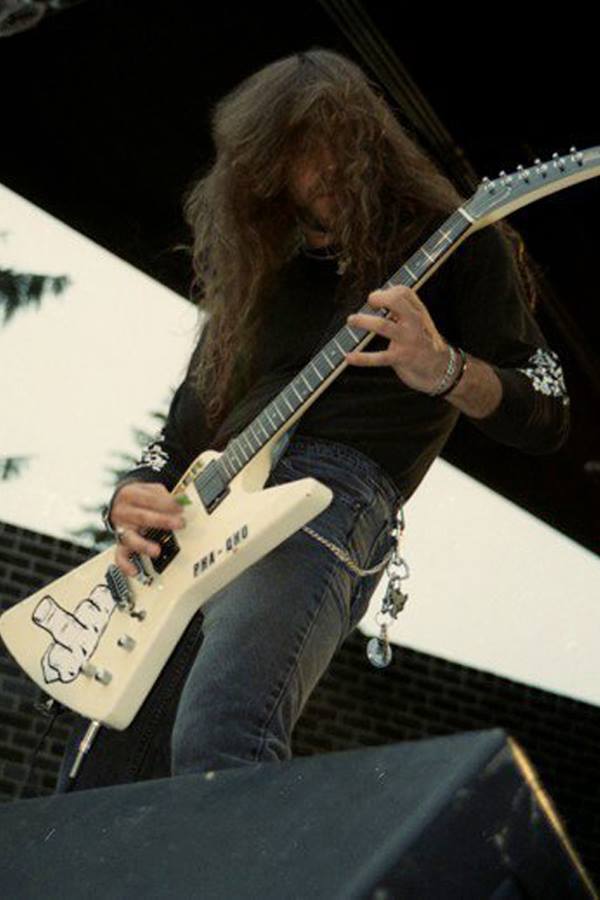 ZR: After Overkill, you played with bands such as Screw and Response Negative, but this is your first new recording in many years. What made you decide to record the EP?

Gustafson: You know, I got active on the internet not too long ago. My old band Response Negative was really into it, always saying it was a great way to reach out to fans. I didn't even own a computer until a few years ago! But, I got into Myspace and Facebook, and I started interacting with fans of Overkill, and they kept asking "When are you going to release new music?" I didn't think anyone would want to hear anything from me for a long time, but finally I was like, "Ok! I'll record some things"

ZR: Was it easy to start writing new material?

Gustafson: I'm always writing. Anytime I picked up the guitar I'd try to just, you know, run through scales or chords just to keep fresh, but I'd always find myself coming up with a riff or something, and then I'd be working on that and next thing you know, I have a song.

ZR: Where you trying for a certain sound or style with Satan's Taint, or did you just record what came naturally?

Gustafson: Well, I wanted to stay in the classic speed metal, thrash style,'cause that's in my blood. But, I had so many ideas I drove Jim (McCourt, Satan's Taint's drummer) crazy because we'd have a couple songs ready to go, then I'd come up with a riff and be like, "Forget that! We need to work on this!"

ZR: Was it easier this time around in the fact that you just released it on iTunes without having to worry about record labels?

Gustafson: Yeah, I stopped worrying about record labels years ago. All they ever did was fuck me anyway. It used to be you HAD to have them, or you'd never get your stuff out. I mean, who the fuck had a vinyl recorder in their house? (laughs) I went online and asked the people if they wanted a CD, but overwhelmingly they wanted a digital download so they can put it on their iPods and shit. In a way I was kinda bummed, man. I liked putting out CDs and records. But that's where we are with technology these days, and I admit, it's easier than setting up P.O. Boxes and mailing out CDs. 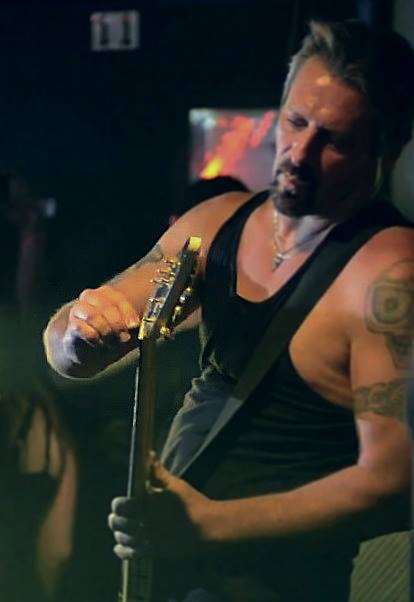 ZR: One thing you were known for in Overkill was your tone and your style of playing, which many people will argue was copied by Metallica and Megadeth (Note-Bobby was asked to join Megadeth back in the late 80's, but turned it down to concentrate on Overkill) on their later albums. Instead of playing shredding leads all the time, you'd incorporate blues scales. Do you think that your playing influenced them?

Gustafson: Well, I'd like to say yes. I mean when I set out to play, I always wanted to try something different. I didn't want to just play a million notes a measure, I wanted the solos to carry the song to another level. I experimented with different keys, where most bands where just writing in E. I used drop tuning on "Skull Crusher" ( Off 1989's Years of Decay) and nobody was doing that yet. Then a few years later Metallica is writing stuff like "Sad But True", which sounds similar and is in that same tuning, and Kirk is using blues scales in his solos. So, I like to think I had some hand in that.

ZR: Many people say that Overkill should have been as big as the BIG 4 bands. What do you think kept that from happening?

Gustafson: Aw, man. A lot of it was bad luck. We got signed in 1984, same time as those other bands ( Note: And on the same lable, Megaforce), but we didn't record our record Feel the Fire until '85, and by that time, Metallica and Anthrax were on their second records. We got lost in the shuffle. Plus, no bands wanted to take us out on tour. It seemed like back then, bands like Dokken were the house band for every major label act. Our manager would pitch us for a tour as a support act and headliners would be like, "No way!" When we finally started selling records, we made our 4th album Years of Decay, and we were on MTV and selling out theaters, and the fucking label says, "The album is dead, you can't tour for it, start writing another one". It had only been out six months!

ZR: Do you feel that the New York metal scene ever got the recognition it deserved back then?

Gustafson: No way. Not at all. It's fucking weird. Everyone worshiped the Bay Area thrash bands, and they were great, don't get me wrong. But, New York was never given its due. People don't realize how hard it was. Think of how many people live in New York, plus its close proximity to New Jersey and Connecticut- millions of people and millions of bands. To get discovered in that scene was a miracle! So many great bands. We all had each other's back; we supported each other. After Overkill, I moved to San Francisco for like a year, and it's  a small city with a small scene, and everyone fucking hated each other and was stabbing each other in the back to get noticed. I was like, "fuck this".

ZR: What's the plan for Satan's Taint? Any touring?

Gustafson: We will only play something big, something worth our time. Like, if there was  festival we can get a slot on. I'm too old to be in a fucking van driving across the country for no money. I have a roof over my head. I don't need that stress at my age. We are already starting to record the next one.  I might do a full release this time, or make CDs and have the first EPs as bonus tracks.

ZR: Thank you for your time Bobby, and good luck!

Gustafson: Thank you guys! I appreciate it. It means a lot to me to know that people still enjoy what I do! 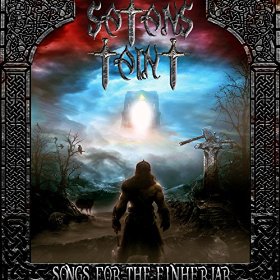 The new EP from Gustafson's band: Satan's Taint- Songs for the Einherjar; available on iTunes and Amazon.

Satan's Taint's EP, Songs for the Einherjar, is available now for download at the links below!

Vacation - This Trip with the Griswolds ...

London and Let it Rawk - Bringing ...