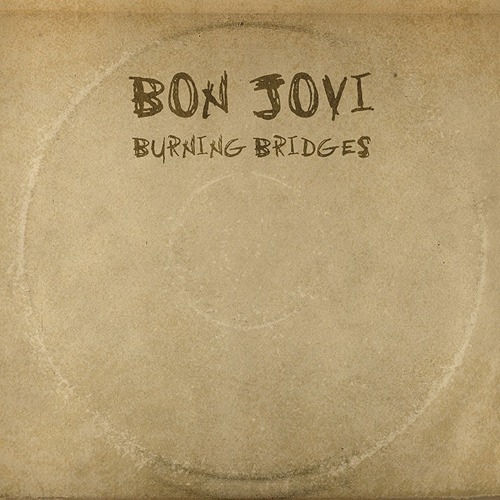 Burning Bridges is the new "odds and ends" release from Bon Jovi and their final record with Mercury.

In the 80s, Bon Jovi were the kings of the music world; their 1986 record Slippery When Wet remains revered as one of the greatest of the era. Unlike many of their contemporaries, the band has even managed to change with the times and maintain much of their former popularity; a feat that very few have been able to accomplish in a changing musical climate as unpredictable as life itself.

In recent times, Bon Jovi saw the departure of guitarist Richie Sambora, and the band’s parting ways with Mercury Records, the label they have been affiliated with ever since they entered the professional music making world. As thanks to their fans and as a way of ending their relationship with Mercury, Bon Jovi has released Burning Bridges, an “odds and ends” album comprised of a mixture of outtakes, unreleased songs, and other new material.

While it is true that Bon Jovi has persevered like few other bands from their era, the fact is that the quality of their music declined drastically as they began embracing more commercial trends, which has been largely noticeable with the arrival of the new millennium. The band’s attempts at pop oriented music have been met with a mixed reception, even if the group still managed to put out a decent hit album or single every now and then. Commercially the band is still popular and viable, even if they have drawn the ire of their former rock-oriented fanbase in many cases; the golden days of Slippery When Wet are long past them.

I was curious to see what the band had to offer on Burning Bridges; even with the more commercial sound, the group does still manage to occasionally serve up some good music. Unfortunately, I can be the first to tell you that the music contained on this “odds and end” CD is absolute garbage. Do you loathe the more recent Bon Jovi albums? Well, this is more or less that stuff that was not “good” enough to end up on those records, which were not that good to begin with. If that does not get my point across, I do not know what will!

Modern pop/Top 40 sounds. Techno/dance sounds. Country-flavored pop. That is just some of what you will be subjected to in these 40 minutes of your life you will never be able to get back. The aging rock act (if you can even still call them a rock act) has officially hit rock bottom with the release of Burning Bridges. I have nothing against a band modernizing their sound, but here the band lacks any semblance of what they once were. This is not the classic 80s rock/pop band legions of fans fell in love with back in the Decade of Decadence. It is watered down filth that screams “sell out.”

That said, there IS one redeeming aspect to this album, and that is the title track. Folksy and happy despite its scathing and unpleasant message to Mercury Records, it is the sort of thing one would expect to find on a Traveling Wilburys album. This particular song got more than a few giggles out of me and is surprisingly entertaining. One good song in ten does not save the album, but after you have finished reading, the link to this one redeeming tune is below.

The past few Bon Jovi albums have largely been dismal commercial affairs doing little to advance their sound, even if they kept the band in the spotlight. These are the discarded scraps that were not good enough to make it onto those efforts, and apart from the humorous title cut, all of this is disposable. If you are a Bon Jovi fan who collects every single thing they put out, then by all means add this to your collection. I will be sticking with 80s rock bands that, while not as commercially successful or popular in the modern day, have stayed true to themselves. The music on this record is dismal sell-out garbage. Slippery When Wet it ain’t. I (for some reason I cannot comprehend) will remain optimistic for their next album proper which is due out next year. In the meantime, do not bother with this one.