Home›Reviews›"Defender" is the new track from Andy Scott's Sweet!

"Defender" is the new track from Andy Scott's Sweet! 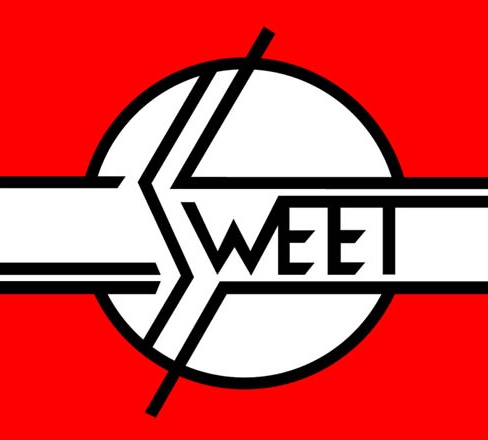 "Defender" is the new online single/video from Andy Scott's Sweet.

Amongst the 70s British glam rock bands, Sweet was one of the finest. While they never took off in America the way that they did in their homeland, they scored some of the biggest pop-rock hits of the 1970s, including anthems like “Blockbuster,” “Little Willy,” “Co-Co,” “Wig Wam Bam,” “Ballroom Blitz,” “Fox on the Run,” “Action,” “Hell Raiser,” “and “Love is Like Oxygen.” If you are at all a classic rock/pop fan, odds are you have heard Sweet’s music at some point, whether their own rendition or covered by another artist.

These days, amongst surviving members of the old band, there are now two incarnations of the group; an American version and a British version. The British version of the band, featuring Andy Scott, has recorded and released a new online single and music video, proving that they are not down for the count just yet.

“Defender” is the new single/music video from Andy Scott’s Sweet, and how does this new track fare? It is a return to form for one of 70s glam rock’s greats, or would you be better off steering clear of this one?

The music video for “Defender,” with its South Park-style animation, immediately caught my eye; this is a refreshing change from what most rock bands are doing in their music videos these days, and certainly more interesting. The visuals are the thing that will stick in your mind after you have given the video a viewing and a listen.

I only wish the actual song was better.

I wanted to like the new song from Sweet, but it sounds like a really weak 90s Def Leppard outtake, from the time that band was pursuing a more commercial/pop direction. It is ironic that Sweet’s latest song sounds that way, as it is a known fact that Def Lep cites Sweet as one of THEIR biggest influences. The surviving Sweet musicians in both incarnations of the band both have immense talent, and the potential for a better song is there. This is simply not it, though.

I am glad to see Sweet still up and running even if it is as two separate bands (something becoming more commonplace in the music industry these days) but I know they are capable of creating a better song than something that sounds like a blatant copycat of 90s Def Leppard. That said, the music video itself is quite enjoyable for its unique, South Park-esque art style. The song itself did not do much for this fan, but the unique video makes it worth watching and listening to at least once.

Knee Deep in Purple and Tailgun - ...

I Prevail Rocks House of Blues